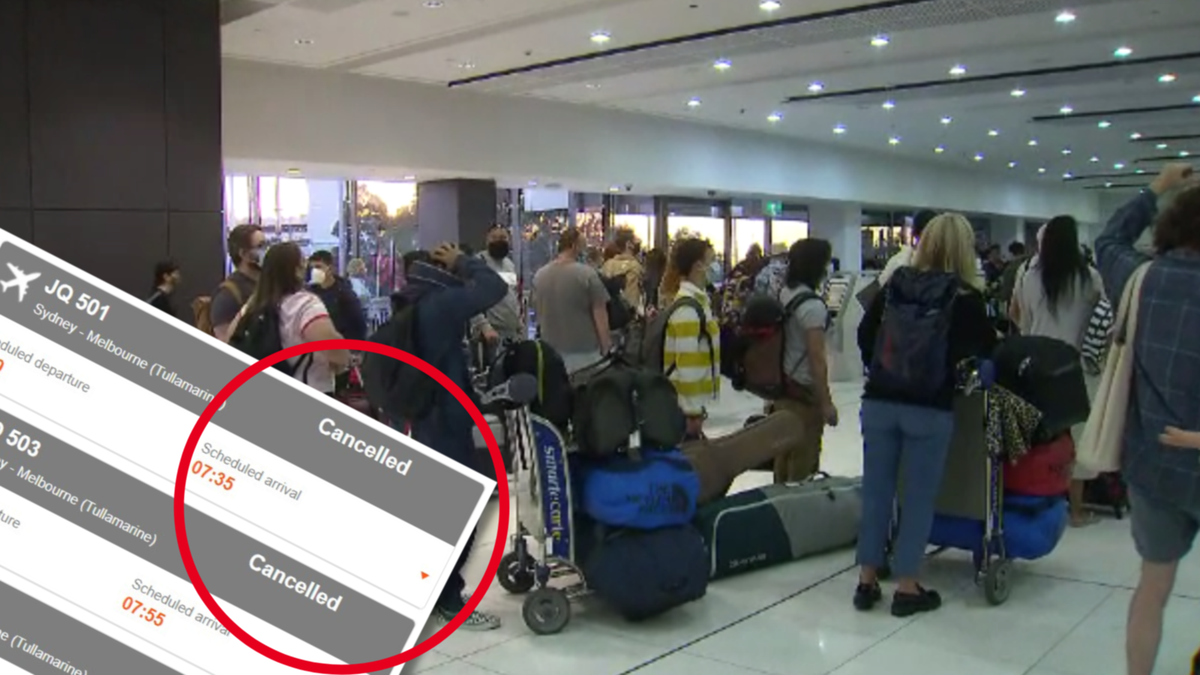 Thousands of travellers have been dealt a huge blow after Jetstar and Virgin Australia cancelled dozens of Christmas Eve flights across the country.

The airlines pulled as many as 35 flights from their domestic schedules on Thursday, with the popular Sydney to Melbourne route reportedly the most heavily-impacted.

Watch the video above for the latest COVID-19 news

Several other flights were cancelled on Christmas Eve, throwing plans into disarray.

Another six Virgin flights from Sydney to the Gold Coast have been removed from Friday’s schedule.

Several other Virgin flights from Brisbane, Cairns and the Gold Coast to Sydney have been cancelled.

At least another 14 Jetstar and Qantas flights between Sydney and Melbourne have also been removed on Friday.

The cancellations have resulted in frustrations for customers who have already had to deal with pre-departure testing requirements and border passes.

People travelling interstate to see loved ones or for holiday are required to get tested and receive a negative PCR result if they are going to Queensland, South Australia, Tasmania and the Northern Territory.

The requirement meant thousands of people queued up to get tested in Sydney and Melbourne, causing chaos at testing clinics.

Testing sites in both cities had significant wait times, with some forced to close or turn people away due to demand.

Jetstar and Virgin Australia have been contacted for comment.