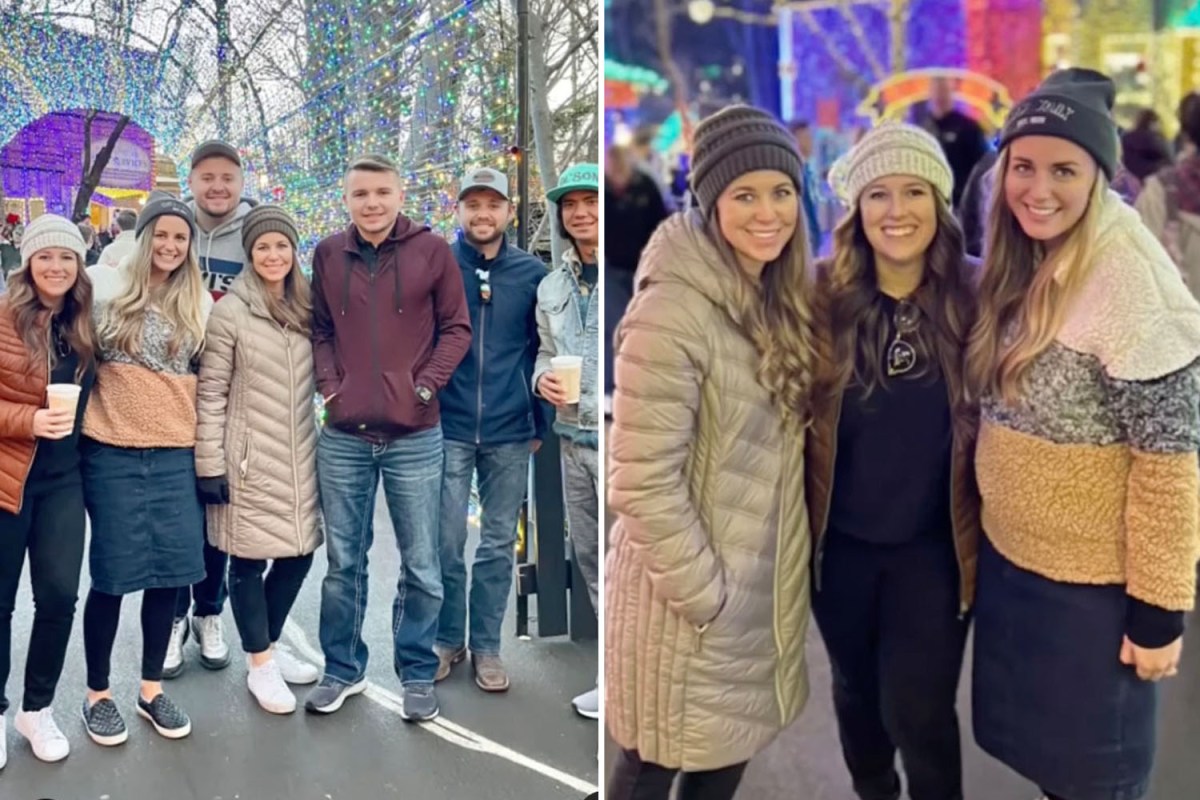 JANA Duggar got into the holiday spirit by visiting a Christmas theme park with some of her brothers and friends just weeks following her brother Josh’s jail sentence.

The oldest Duggar sibling was found guilty of possessing and receiving child pornography earlier this month.

Jana is not letting her brother’s legal trouble hinder her holiday fun as she appeared happy in photos she posted on social media from the outing.

The 31-year-old took to her Instagram Stories to share a series of pics of the group enjoying the festive lights and desserts at the Silver Dollar City Theme Park in Stone County, Missouri.

In one snap, everyone gathered together in front of a tunnel of multi-colored lights while bundled up in their winter attire.

She captioned the pic: “Merry Christmas”

In two other shots, Jana posed with her brothers Jase, James, and Jed as the foursome indulged in pickles and doughnuts.

The reality star also shared a video in a post highlighting the best moments from the day.

Set to the song Have Yourself a Merry Little Christmas from Luther Vandross, Jana captured the group touring the festive city, browsing through shops, and enjoying music sung by carolers.

They also went on an old-fashioned train ride, attended a play, and stopped to take many pics along the way.

The group stayed into the nighttime to admire the town all lit up with holiday decor as well as a light show illuminating off a giant Christmas tree.

She added the caption: 🎄Christmastime is here! ✨

The outing comes after her brother Josh, 33, was sentenced to prison on December 9 following a nearly two-week-long trial.

Jana along with many of her other siblings were in attendance at the trial to offer their support.

Josh was arrested and charged with possessing and receiving child pornography in April 2021.

Upon his guilty verdict, he was immediately taken into custody at Washington County Jail, where he was placed in solitary confinement away from other prisoners for his safety until his sentencing next year.

Amid Josh’s sentencing, he was transferred to federal prison for the crime and faces 20 years for each count.

Just days after her brother’s fate was decided, news broke that Jana had a court battle of her own after she was charged back in September of 2021 with endangering the welfare of a child.

The TV personality posted bail at $430 at the time.

Without a Crystal Ball was first to report the news of her charge.

On Tuesday, December 14, 2021, Jana took to Instagram to share her thoughts on the situation regarding her charges.

“I prefer a more private life, but I know my last name means that everything we do is open to public criticism and interest, especially during this time.”

She claimed: “The raw facts: I was babysitting a few months ago when one of the children wandered outside alone.

“A passerby who saw the child called the police.

“This resulted in a written citation, as well as a follow-up with child welfare who concluded that it was an accident and the child was unharmed.”

The Counting On alum concluded: “They recognized it was a case of a child slipping out of the house when you turn your back for a moment.

“It all happened so quickly and was scary.”

Jana’s sister, Jessa, 29, also took to social media to claim that the media was “sensationalizing” the incident.

“Getting messages about headlines about Jana. Bottom line – it was an innocent mistake.

“She was babysitting and one of the kids slipped out the door unnoticed, but it ended safely.”

Jessa’s Instagram post went on: “Could’ve happened to anyone. The media is sensationalizing this because of other current family circumstances and it makes me so mad.”