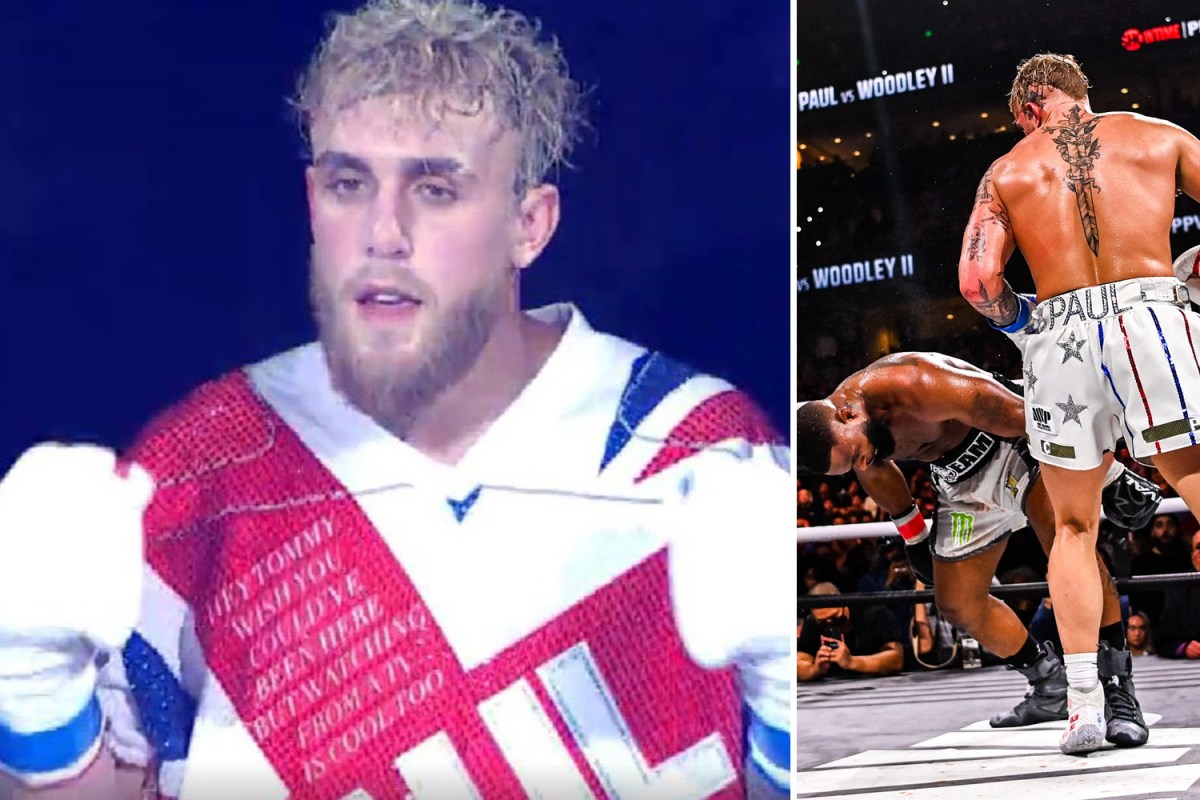 JAKE PAUL called Tommy Fury a ‘bitch’ after knocking out Tyron Woodley – but started the trolling on the way to the ring.

Fury was due to face Paul in a celebrity grudge match in Florida, until he pulled out with a broken rib and chest infection.

Ex-UFC champion Woodley, beaten on points by the YouTuber in August, stepped in with less than two weeks notice as a replacement.

Paul was in no mood to let Fury off the hook and even on his ringwalk he wore a Union Jack outfit.

On the British flag, it read: “Hey Tommy, wish you could’ve been here but watching from a TV is cool too.”

Paul also walked out to Village People’s 1978 classic YMCA, and the lyrics are almost certain to have been another swipe at Fury.

The song starts with: “Young man, there’s no need to feel down. I said, young man, pick yourself off the ground.”

Paul, 24, and Woodley, 39, were six rounds into their rematch and facing boos from the crowd as it failed to catch fire.

But suddenly, a right hook from Paul landed right on the button and closed the show in dramatic fashion.

Woodley was left out for the count, face down on the floor, and lost to the American celebrity for a second time.

Paul was quick to praise his rival after the win and yet again slammed Fury, 22, for his withdrawal.

He said: “This guy is a legend.

“Don’t take anything away from his career as a UFC champion and respect him for taking the fight on two weeks’ notice because Tommy Fury is a bitch.

“He backed out of the fight. This a real fighter, a real dog and a warrior. This guy is a tough fighter right there – legend.”