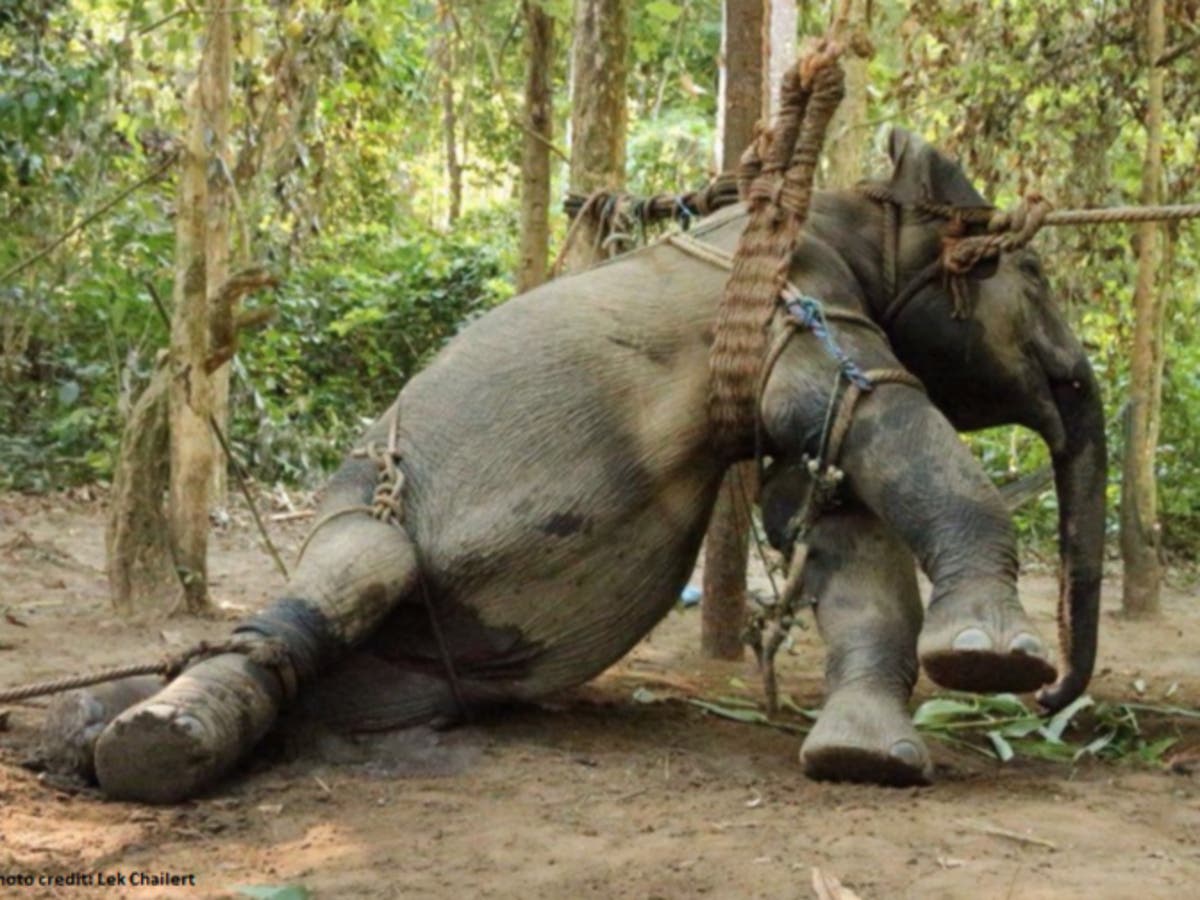 Jacob Rees-Mogg and Commons leader Mark Spencer have refused to take part in a public debate on why they “blocked” a bill that would have spared elephants from torture in Asia.

The Brexit opportunities minister and Mr Spencer are widely thought to have vetoed planned legislation to ban UK adverts for foreign theme parks where elephants are stabbed, chained and deprived of sleep, food and water to make them comply with orders.

The Animals Abroad Bill, previously agreed in cabinet, would have outlawed adverts by British holiday companies for attractions where the animals are forced on pain of punishment to give rides and perform “tricks” such as playing football and painting pictures.

The bill, which would also have banned imports of foie gras, fur and hunting trophies, was dropped earlier this year because of opposition from ministers who deemed it “un-Conservative”.

Activists from the Save the Asian Elephants organisation, who were furious at the measure being canned, wrote to the two senior MPs asking them to take part in a debate in their constituencies over the issue and also to go on a fact-finding mission to see how elephants are treated behind the scenes at tourist attractions.

The government’s own Animal Welfare Action Plan, which ministers vaunted as groundbreaking when they launched it last year, included a promise to ban the adverts.

The sister of a British woman killed by an elephant at one theme park told two months ago how she was disgusted the government had performed a U-turn on its plan.

But the bill was dropped from the Queen’s speech at the reopening of parliament.

Duncan McNair, chief executive of Save the Asian Elephants (StAE), who has previously had meetings in Downing Street to lobby for a ban, wrote to the two MPs: “This omission came as a shock not only to those engaged daily in working to protect the highly endangered species from brutality and extinction to whom government has repeatedly made such promises, but to the many tens of millions in the country which polling show to be strongly supportive of such a ban.”

He said in Mr Rees-Mogg’s North East Somerset constituency, 87 per cent of voters supported the ban and 86 per cent in Mr Spencer’s Sherwood constituency.

“Government has yet to explain why it has abandoned its promises of such a ban,” the letter added.

“We also invite you to join StAE for a fact-finding visit to SE Asia so you may see first-hand the brutality inflicted on Asian elephants and their babies in tourism at ‘attractions’ promoted by UK companies.”

The office of Mr Rees-Mogg, a former Commons leader, did not respond to repeated requests by The Independent to comment on the invitations and to say whether he believes cruelty to elephants can be justified.

But a brief reply from the Cabinet Office to Mr McNair said the MP could not agree to either request “due to diary pressures”.

A source close to Mr Spencer told The Independent he would not take part in either a debate or visit to elephant attractions in Asia.

The source said Mr Spencer would not comment on the letter or on why he opposed the bill.

But they said the government was confident it would deliver all its manifesto commitments on animal welfare by the end of the parliament in 2024, as well as pledges in the animal welfare action plan – including banning adverts for low-welfare experiences.