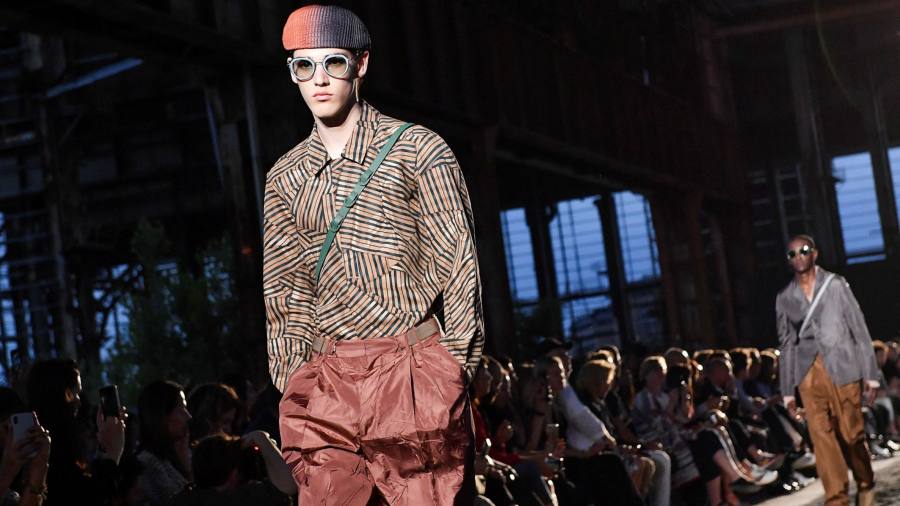 Italian luxury fashion company Zegna will go public in New York on Monday by combining with a US special purpose acquisition company for an expected enterprise value of $3.1bn.

The spac was launched by European private equity group Investindustrial and is chaired by former UBS chief executive Sergio Ermotti. Its deal with Zegna was first reported by the FT in July and initially valued the combined company at $3.2bn.

“We are very proud to be the first Italian fashion company to be listed in New York,” said Gildo Zegna, the third generation of the family to run the company since its founding in 1910, in an interview at Zegna’s Manhattan flagship store on the Friday before the listing.

The listing will deliver gross proceeds of $761m to invest in Zegna and Thom Browne, another brand it controls. It also opens the door to additional acquisitions. The Zegna family will own a nearly 66 per cent stake in the combined company.

There has been a wave of consolidation in the luxury industry. Deals in the past 12 months include LVMH’s purchase of Tiffany & Co, Etro and Off-White; Kering has bought Danish eyewear maker Lindberg and Richemont acquired leather goods brand Delvaux.

In 2019, Zegna told the FT he had no interest in taking the company public. But the pandemic has made it difficult for independent brands to compete with larger, cash-rich fashion conglomerates.

In 2020, sales at Zegna dropped 23 per cent from the year before to €1bn and it swung to a net loss of €45m, from a profit of €38m. In an investor presentation, the company forecast that its performance would recover to near pre-pandemic levels in 2021.

“The market of luxury is very challenging,” Zegna said. “We are competing with conglomerates. [We did it] to get stronger.”

“Now I can rely on additional resources . . . to take our shot if we have another [acquisition] opportunity, and I think I can tell you we have other opportunities.”

Zegna said he was most keen to buy more of the company’s suppliers, but would also look at other fashion brands. “As raw materials are getting scarce [and] expensive, as there is stress to the supply chain regardless of where you are, to control [the supply chain] is very, very important strategically,” he said. If there are opportunities to buy suppliers “we are going to do it”, he added.

The company also wants to concentrate on organic growth in its menswear business, which in recent years has shifted away from suits to luxury leisurewear as workplaces have become more casual.

Zegna himself no longer wears suits in interviews; meeting the FT, he wore a thick cashmere overshirt over a thin polo neck, stretchy knit trousers, all in shades of grey, and a pair of Zegna trainers. “We’ve transformed the perception of the brand from a tailored luxury brand into a sportswear luxury brand. I used to wear a nice suit and tie . . . but once you start wearing this stuff, you become addicted.”

The company is also planning to invest further in its textile business — it supplies fabrics to rivals including Chanel and Tom Ford — and in Thom Browne, which it bought for $500m in 2018 and has since expanded into women’s and childrenswear.

Gildo, who is 66, said he feels he has “to serve for another few years”.

“The next generation is stepping up. I’ve got three good fellows in the fourth generation. One is marketing, [my oldest son] Edo . . . Angelo, the younger one, who is head of Zegna retail America . . . And then Francesco, my nephew, is head of retail in Europe. So, who knows?”