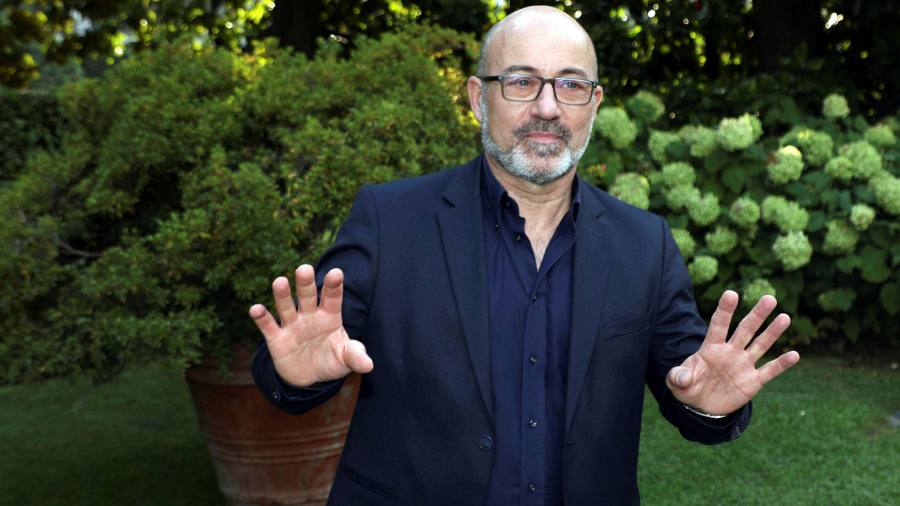 Roberto Cingolani has a blunt message for Italians opposed to new wind turbines or solar farms in their local area.

“The alternative is you get rid of your car, no air con, no mobile phone, no internet at all,” Italy’s minister for energy transition told the FT in an interview. “Citizens have to understand this.”

Cingolani, a physicist and academic, was appointed by Mario Draghi, the prime minister, this year to spearhead a renewed drive to reduce Italy’s carbon emissions. He is responsible for spending about a third of Italy’s €200bn share of the EU’s €800bn pandemic recovery fund.

Italy is the biggest beneficiary of the fund. The money gives Rome, under Draghi’s leadership, a once-in-a-generation opportunity to reboot its economy after two decades of stagnation, with the green transition central to its recovery fund plans.

Cingolani has set a target of producing at least 70 per cent of electricity from renewables by 2030, a big step up from the 55 per cent commitment Rome has formally made with the EU. The current level is 34 per cent.

In recent years, Italy’s shift to renewables has stalled. Between 2015 and 2020, only 2 gigawatts of wind capacity and 3GW of solar were brought online, out of a total installed capacity of 116GW, according to analysts at Ember, a campaign group.

Renewables account for only 17 per cent of Italy’s total energy mix, leaving it dependent on expensive natural gas, 95 per cent of which is imported. “Our energy mix is very poor,” Cingolani said.

The country has been hard hit by recent gas price rises. The government has already earmarked €3bn to help poorer households and small businesses pay their bills and is preparing a further package of assistance next year.

Italy needed to triple its generating capacity from wind and solar by 2030, Cingolani said. “There is no plan B.”

The objective is likely to be a stretch given Italy’s notorious bureaucracy and frequent political resistance to new infrastructure projects. The minister said 3GW of renewable energy projects were currently blocked because of objections over the impact on landscape and heritage.

Streamlining lengthy administrative procedures to unlock growth is one of the main aims of Italy’s pandemic recovery plan.

Cingolani said that since Draghi took office at the head of a national unity government in February, following the collapse of the former administration, Italy had implemented a “very powerful simplification” of rules and procedures for authorising new projects. Officials estimated that the time taken to obtain a permit for an infrastructure project could be cut from 1,200 to 270 days, “which is best in class”, he said.

The central government has also adopted new “powers of substitution”, allowing it to override regional and local authorities and other bodies in the event of protracted delays in authorising infrastructure projects.

Cingolani said the EU recovery fund — with €27bn allocated to decarbonising power generation and industry — would only take the country part of the way to the EU goal of net zero carbon emissions by 2050. “I see the recovery plan as the booster in the rocket that has to go from Earth to Mars. The challenge is in five years, the money will finish,” he said.

Although Italy phased out nuclear power generation following a referendum in 1987, it should consider bringing it back, Cingolani said. It was “too late” to use nuclear to help reach the 2030 targets for renewable energy because the sector now lacked investment and expertise, he said. But he argued that by 2050, demand for clean electricity would be five times what Italy hoped to generate in 2030 and so all technologies, including small modular reactors, had to be considered.

“I’m not a fan of nuclear, I’m a fan of innovation,” said Cingolani, who joined the government from defence company Leonardo, where he was chief technology officer.

Previously scientific director of the Italian Institute of Technology, he described himself as a “technical minister . . . I’m not very political”.

Asked whether it would be possible to take the public with him on the massive expansion of renewables, he was candid: “As elsewhere, the answer is No.”

However, it was important “not to make ideology out of energy”, he said. Governments had to be “very reasonable”, especially when it came to raising the price of carbon.

Rome has previously expressed misgivings about the EU’s plans to extend the emissions trading scheme to housing and transport, which would raise energy bills for consumers. It has said it wants to understand the economic impact on households before giving its blessing.

“We do want to do good things, but in the meantime there are social problems,” Cingolani said. “Sustainability is a compromise.”