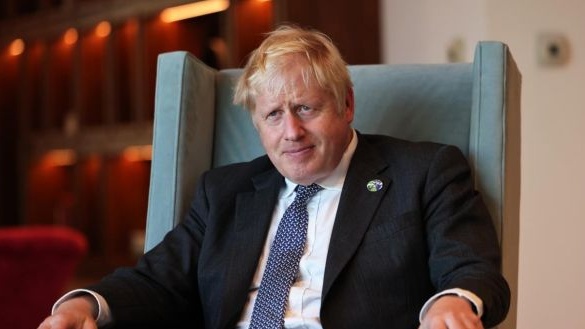 It has been the worst of weeks for UK prime minister Boris Johnson.

It started with damning revelations about a “bring your own booze” garden party in Number 10 Downing St on May 20th, 2020 at a time when the UK was in lockdown and gatherings of more than a couple of people were outlawed.

And it ended with mounting fury at his response to those revelations and increasingly intense calls for him to resign.

When the story broke, Mr Johnson tried to dodge and deflect. He said he could say nothing about the event or even if he was at it ahead of the outcome of an investigation by a senior civil servant.

But his stance grew more and more untenable and by the middle of the week, Mr Johnson had to go into the House of Commons on Wednesday and admit to having attended the event at which 40 of his staff had gathered and to apologise for doing so.

Well, it was sort of an apology.

He did say he was sorry but claimed he had not realised the gathering, at which alcohol flowed and trestle tables groaned under the weight of picnic food was actually a social event.

“When I went into that garden, just after six on the 20th of May, 2020, to thank groups and staff before going back into my office 25 minutes later, to continue working, I believed implicitly that this was a work event,” he said.

The act of contrition was not well received by the opposition or even by his own party. Labour and the Scottish Nationalist Party heckled him mercilessly while his own MPs were noticeably silent as he spoke.

Calling for him to resign, the Labour leader Keir Starmer said his explanation was so ridiculous as to be offensive, describing the prime minister as a man without shame.

With serious question marks now hanging over his political future, Irish Times London Editor Denis Staunton talks to In The News about how the story has unfolded, what might happen next and what a future without Mr Johnson as prime minister might look like.

Listen to the podcast here: