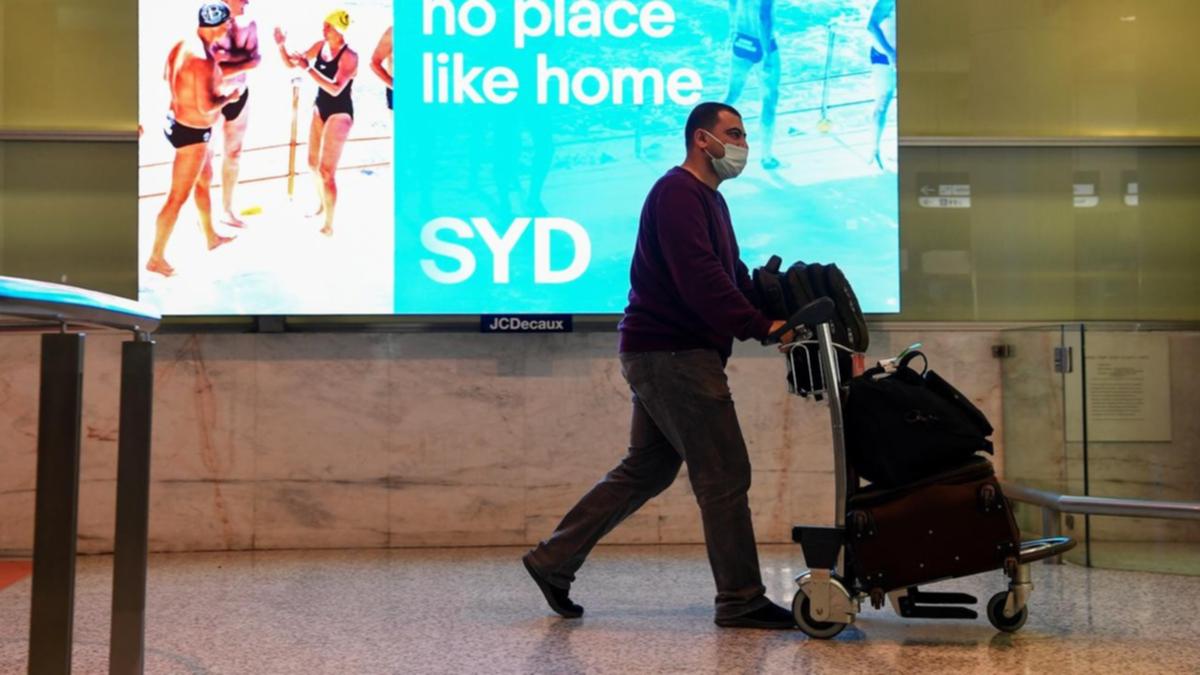 Visa holders are now allowed to enter the country, almost two years since Australia’s international borders closed due to the pandemic.

The decision will from Wednesday allow skilled workers and international students to come into Australia without needing a travel exemption.

It comes after the federal government placed a two-week pause on visa holders being able to return over concern about the arrival of the COVID-19 Omicron variant.

Despite Omicron leading to spikes in case numbers in several states, the pause will end on schedule.

The resumption means a travel bubble with Japan and South Korea can also begin.

The government estimates about 235,000 visa holders would be eligible to enter the country, including an estimated 133,000 international students.

“We have missed their presence dearly and couldn’t be more delighted to welcome them back from today,” Ms Jackson said.

“We recognise the very real effects COVID-19 has had on their wellbeing, and the resilience they have shown amidst extreme uncertainty.”

We have missed their presence dearly and couldn’t be more delighted.

People entering Tasmania from certain high-risk areas must return a negative COVID-19 test in the 72 hours before they arrive. Unvaccinated people will still need to apply for a travel exemption to enter.

Virus restrictions are also set to relax from Wednesday in NSW, with the unvaccinated now able to enter retail and hospitality venues.

The ban on unvaccinated people was set to end on December 15 or when NSW hit a 95 per cent fully vaccinated rate, whichever came first.

There have been fears the decision to open up to the unvaccinated will lead to an even bigger spike in COVID-19 cases in the state, after NSW saw a large rise in infections due to Omicron.

There were 804 new cases in NSW on Tuesday, the highest number since the end of the COVID-19 lockdown, with 21 being linked to the Omicron variant.

Despite the rising number of Omicron cases, Doherty Institute infectious diseases expert Sharon Lewin said the rise in case numbers was not unexpected.

“It is a balance between how much activity there is and how much chance of exposure and how much protection there is,” Professor Lewin told the ABC.

“I don’t think it is anything to be panicked about, it was what we expected.”

NSW announced on Tuesday night that fully vaccinated arrivals from the eight southern African countries would no longer have to enter 14 days of hotel quarantine, bringing all international arrivals under the same requirements.

Nationally, 89.5 per cent of the population over 16 is fully vaccinated while 93.4 per cent have had one dose.

The number of people who have had their booster shots is now more than 771,000.

Victoria had 1189 new cases of COVID-19 on Tuesday including three connected to Omicron, as well as six deaths.

There were four cases in both the ACT and the Northern Territory, while South Australia had 12 infections.

It comes just a day after Premier Mark McGowan announced plans to open the state’s hard border to the rest of the country on February 5.