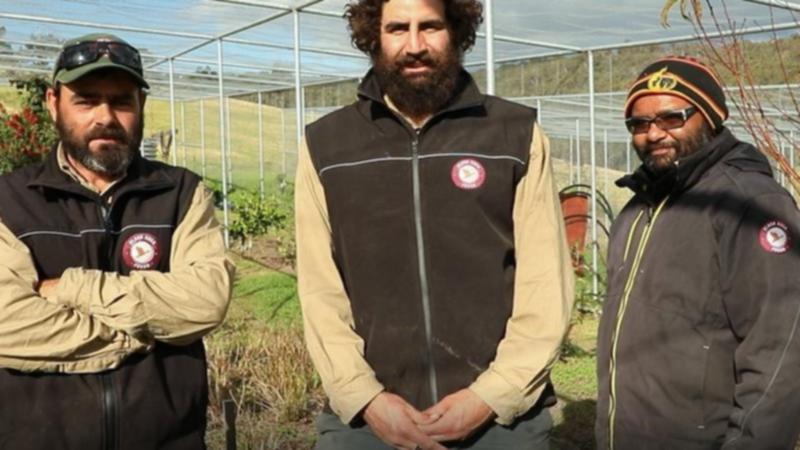 Cultural burns have been around for tens of thousands of years.

But in the northeastern Victorian town of Mallacoota what will soon be new is a centre for people to learn more about Indigenous fire management.

In what’s being dubbed an Australian first, the Indigenous Traditional Agriculture Knowledge Hub is being built in the coastal inlet, which was ravaged by the Black Summer bushfires.

Work is underway on a farm owned by Dark Emu author Bruce Pascoe, who has Yuin, Bunurong and Tasmanian heritage.

“Indigenous fire and land management cared for and healed Country. We’re rediscovering those techniques and working out the most viable ways to farm native grains and tubers on a commercial scale,” Mr Pascoe said.

The farm’s business, Black Duck Foods, is reintroducing a range of native practices and trying to work out how Indigenous people can benefit financially.

“We’re doing the hard work here at the moment so we can pass on our knowledge to the rest of our people,” said Mr Harris, who is from Ngiyampaa in NSW.

“That way when they start an Aboriginal food business they don’t have to make the same mistakes we’ve already made.”

The hub project was funded by World Wide Fund for Nature-Australia and promotes a return to Indigenous farming, including the use of fire.

“For tens of thousands of years, Aboriginal people used fire to manage the landscape in a way that boosted the yield of important foods and minimised damaging bushfires,” said WWF-Australia CEO Dermot O’Gorman.

The on-farm research with Black Duck Foods also delves into how a European diet contributed to high levels of diabetes among Indigenous populations.

“So much illness among Aboriginal people comes from a poor diet so I really look forward to the day when all Australians are eating these foods on a regular basis,” said Mr Lygon, a Yuin man with Walgal connections.

“I’d like to see these foods available all over the world,” he said.

“This is just the beginning. Hopefully more mob can do this sort of work all around the country and create employment for our people.”

“Why not grow food that is natural to Australia and requires no fertiliser?” he said.

“Traditional fire and land management practices can rebuild resilient landscapes and enable us to better manage a changing climate.

“It sustained Indigenous Australians for tens of thousands of years. It’s time to bring it back.”