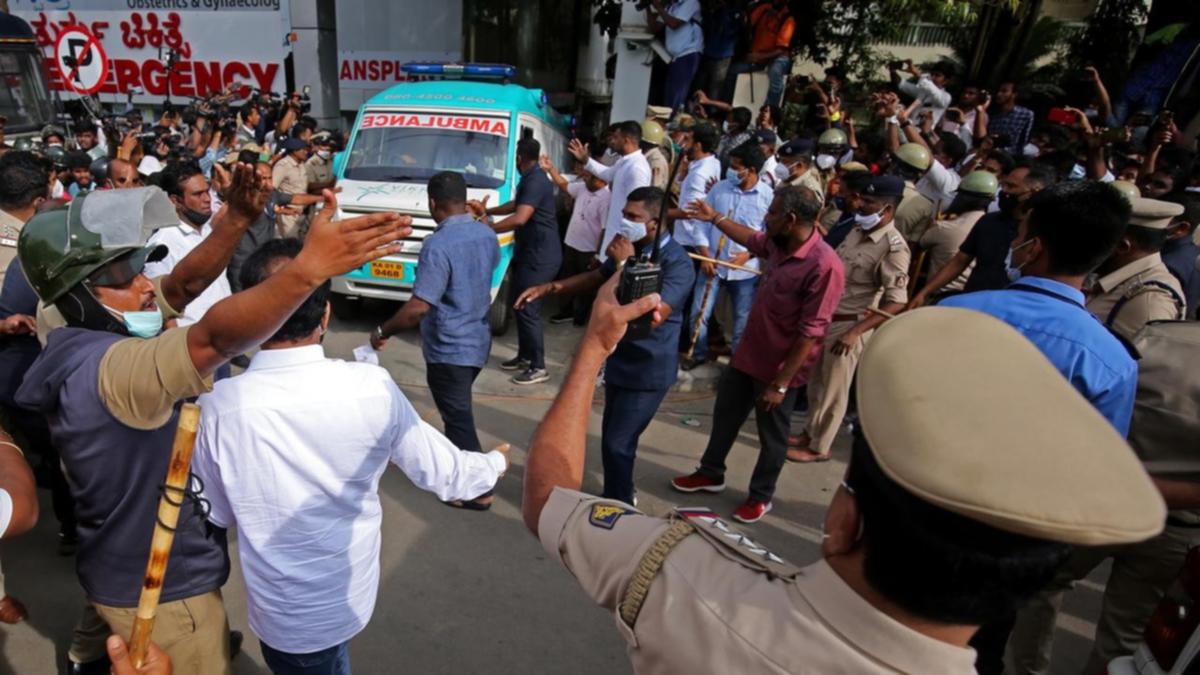 Offices and shops in India’s tech capital of Bengaluru have shut down and police have been brought in to control swarming crowds of fans in anticipation of violence after a popular actor died in the city.

Puneeth Rajkumar, 46, a dashing lead in films and a member of an illustrious movie family, died of a heart attack on Friday afternoon, doctors treating him told reporters.

Television channels showed crowds of fans swarming toward the hospital where he was being treated, and police were out in force trying to control them.

Film stars are revered in India, almost obsessively and even natural deaths of movie stars have led to violent turmoil in the past as distraught fans try to come to terms with the death of their idol.

The death of Rajkumar’s father, Singanalluru Puttaswamaiah Muthuraj, in 2006 also led to outpourings of grief and shutdowns.

While malls were open, several cinema halls across Bangalore closed for the day and stopped screening movies in the city.

Several popular pubs across the city also closed down after news of Rajkumar’s death came in.

India’s biggest IT services firm, Tata Consultancy Services , sent its employees an advisory about 3pm local time, asking them to go home early, an employee at one of its Bengaluru offices told Reuters.

Other tech firms said they were monitoring the situation in the city.

Accounting firm KPMG had asked employees to leave for home, an employee in the Bengaluru office told Reuters.

“I pray to the people of the state to do his last rites with respect, please be peaceful and allow the family to mourn in peace,” the chief minister of Karnataka state, Basavraj Bommai, told a news conference minutes after the actor’s death was announced.

“A cruel twist of fate has snatched away from us a prolific and talented actor, Puneeth Rajkumar. This was no age to go,” Modi said in a tweet.

Rajkumar, known for his romantic and action movies, was also well-known for his playback singing and hosted the local version of the popular TV show Who Wants to be a Millionaire.