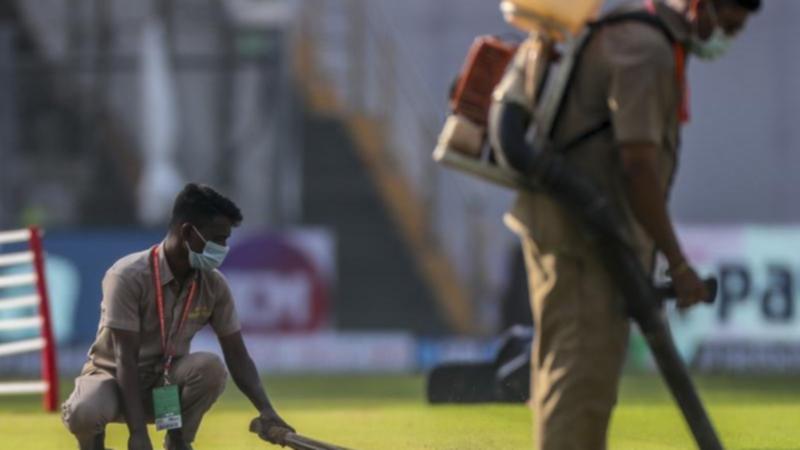 India captain Virat Kohli has won the toss and opted to bat against New Zealand in the second and final Test at the Wankhede Stadium on Friday.

The first session was wiped out due to a wet outfield after Mumbai received unseasonal rain during the last two days.

Both sides were dealt injury blows before the start with the tourists losing captain Kane Williamson to an elbow problem while the hosts lost Ajinkya Rahane, who led the side in Kanpur in Kohli’s absence, Ravindra Jadeja and Ishant Sharma.

New Zealand are being led by opening batter Tom Latham.

Kohli has returned to lead India with fast bowler Mohammed Siraj and spin-bowling allrounder Jayant Yadav the other forced changes.

“Looks like a really nice wicket, nice and hard early on and not much grass on it,” Kohli said at the toss.

“Today with the sun out, we presume the first innings is going to be the best time to bat.”

Batsman Daryl Mitchell was the only change for the visitors with Latham confirming the Black Caps would also have opted to bat first if he won the toss.

“… It has been under covers for a few days so maybe we’ll get something out of it,” Latham said.

“The way we got the ball to swing in Kanpur was good, hopefully it swings here as well.”

The opening Test ended in a thrilling draw, with New Zealand’s last batting pair hanging on in the final session to deny the hosts a victory.