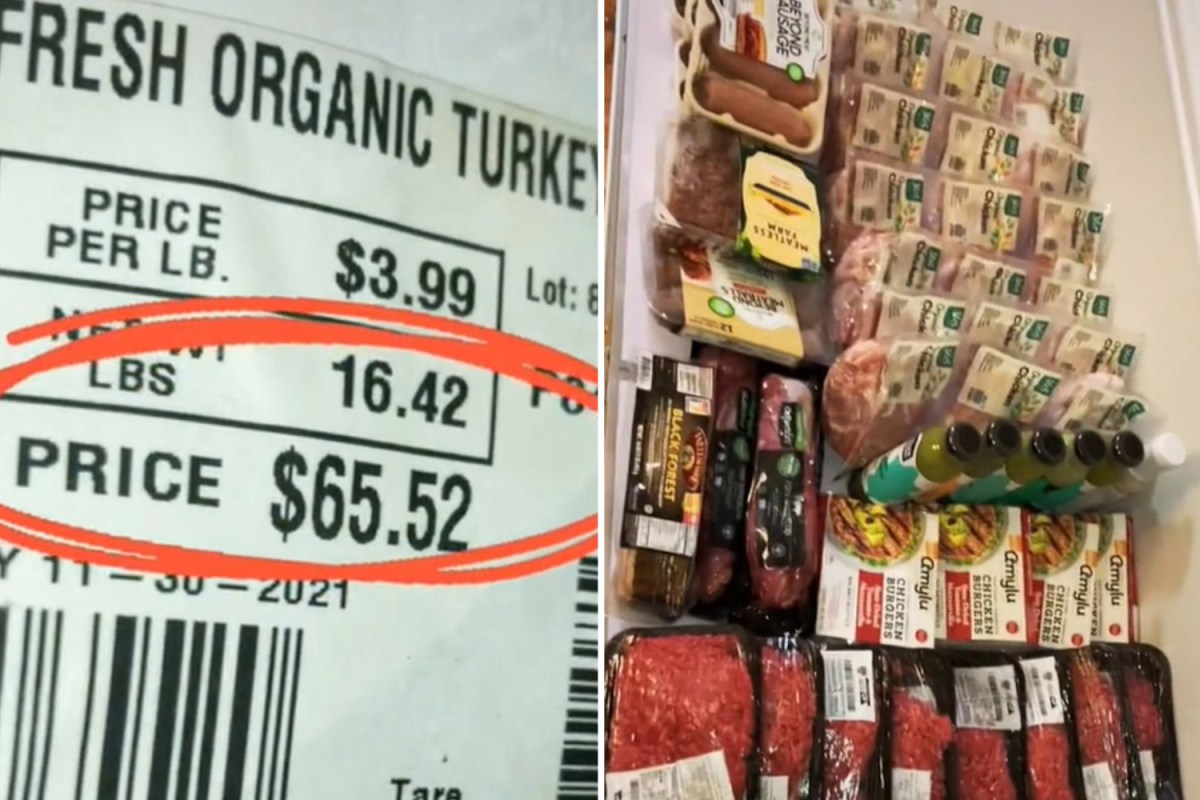 A TIKTOK dumpster diver said she has found hundreds of dollars worth of meat every night that’s safe to eat.

Dumpster Diving Freegan, the TikTok user who claims her hobby brings in a sizeable amount of discarded food and products, has been sharing her findings on the video-social networking app.

The TikTok user has more than 330,000 followers and describes herself as a “Dumpster Diver exposing the waste” in the US. I’ve NEVER gotten sick from doing this,” she adds.

In one of Dumpster Diving Freegan‘s recent dives at a Whole Foods’ dumpster in the US, the TikToker claims the same store “throws out enough each night to feed a community.”

Footage taken by the TikToker shows dozens of containers of fresh guacamole, an organic fresh young turkey worth around $65, and “enough meat to feed an entire community.”

She explains: “Dumpster diving at Whole Foods is nothing like I’ve ever seen before.

“Everytime I come to this particular store I find cases of organic food that are thrown out well before its best-by date.”

Interestingly enough, the dumpster diver insists she checked if any of the items shown in her video had been recalled and none were.

Included in the collection of meat found during her dive were Beyond Sausage, 365 by Whole Foods Market Chicken, Beyond Meatballs, and various juices.

Dumpster Diving Freegan said the products had been “recently tossed” and the temperature outside was 33degrees Fahrenheit when she picked up the raw meats.

“Everything had been thrown out on or before its best-by date and as we know, best-by dates are not hard rules and everything was still good to consume,” the dumper diver added.

The content creator explains on her TikTok page that she has “survived on scavaged food for nearly two years now.”

She revealed she often finds “entire cases of products being thrown away” due to store policies which likely call for cases of items to be thrown away if just one thing inside is broken.

As the dumpster diver showed off the paperwhite narcissuss she found, she explained that other times she’s discovered candles and wine thrown away in a similar manner.

Previously, Dumpster Diving Freegan revealed that she works in the finance industry and her reason for dumpster diving is so that she can reach early retirement by 30-years-old.

She addressed these questions in a recent video captioned; “I get this question a lot, so let’s talk about it!”

In the video, she said: “I mean why in the world, would I want to get my food from dumpsters and continue to get things I use every day from dumpsters if I have a full-time job?

“And trust me, I have seen all your comments, calling me a broke b***h, comments telling me I am poor, or making fun of me for being ‘poor’.

“There are a lot of assumptions made about dumpster divers, and when people think of what a dumpster diver is, they don’t think of a mid-twenties, white, blonde chick getting into dumpsters, that’s not the image that goes in their head.”