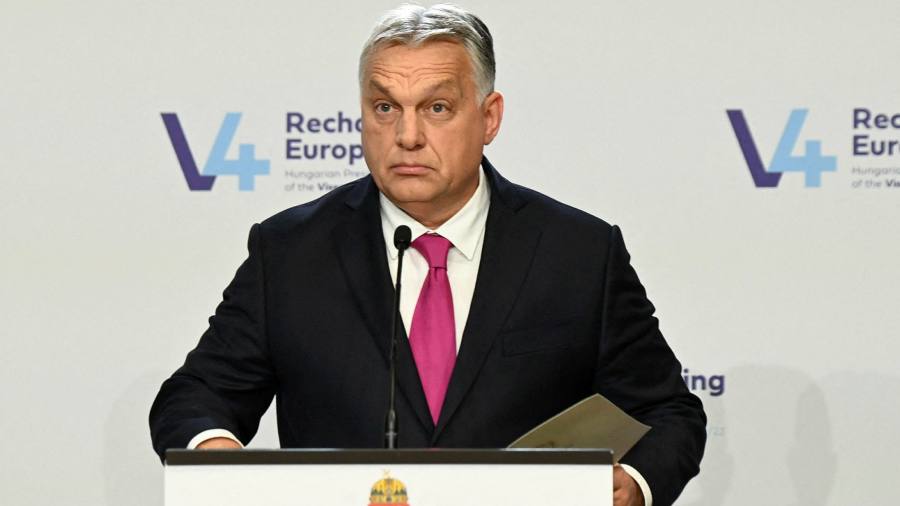 Hungary has avoided an immediate legal battle with Brussels after the country’s constitutional court stopped short of disputing the primacy of EU law.

Friday’s ruling came in a case over immigration, which was brought by Hungary’s government in response to a verdict by the EU’s top court last year.

Many legal experts had expected Hungary might follow Poland, where the constitutional tribunal called some EU legislation “incompatible” with Polish rules — a decision that stepped up Warsaw’s battle with Brussels over the rule of law. Hungary and Poland have previously helped each other to stave off disciplinary procedures by Brussels over breaches of EU rules.

Hungary’s constitutional court said the country had the right to make its own laws where there was “incomplete” exercise of competences between the EU and member states.

But the court declined to examine the specific 2020 ruling by the European Court of Justice. In that ruling, the ECJ held that Hungary’s asylum system illegally pushed migrants back without a due process, a practice that Hungary said was necessary to maintain order at the border amid continued pressure from migrants.

“In the current case the procedure does not include an examination of the primacy of EU law,” the court said in its ruling.

It added that Hungary retained the right to preserve its “constitutional identity”, which might change irreversibly if immigrants became part of the population — leaving open a window for the government to mount further legal challenges.

Hungarian premier Viktor Orban has long fought what he views as increasing legal interference from the EU. The issue is again assuming more prominence ahead of an election next year when Orban is expected to face the most serious challenge since he took office in 2010.

The Court must guard human rights, not serve up constitutionally dressed-up arguments for intolerance.

Justice minister Judit Varga, who brought the case to the constitutional court, wrote on Facebook that the EU had no effective repatriation procedure for migrants already in the country, so legal procedures would only mean that migrants who arrive in Europe illegally end up staying.

“The debate also pointed to the inevitable need of reforming EU rules on migration,” she added.

She said Hungary “continues to be a dedicated member of the European Union”.

A commission spokesperson said that the European Commission will analyse the ruling in detail, stressing how recently the decision had been announced. But the spokesperson added: “We understand that the ruling does not as such challenge the principle of the primacy of EU law.”

Laurent Pech, an EU law expert at Middlesex University London, said the judges “sought to preserve what is left of their legal credibility by refusing to review the specific judgment of the ECJ targeted by the government.”

The Constitutional Court, stacked by Orban loyalists, has been stripped of many of its former powers in recent years, and rarely stands up to the government.

Orban’s chief of staff Gergely Gulyas called the ruling “the most important reinforcement of the Hungarian government’s policies” on migration, and added Hungary would continue to operate its asylum system without changes.

Petra Bard, a legal expert at the Central European University Democracy Institute, said that the ruling “contained quite a few hidden mines,” leaving scope to examine the supremacy of EU law down the line.

Bard said the most worrisome aspect of the ruling was its argument about preserving the social environment as an element of Hungarian identity.

“This is a very bad message,” she said. “The Court must guard human rights, not serve up constitutionally dressed-up arguments for intolerance.”