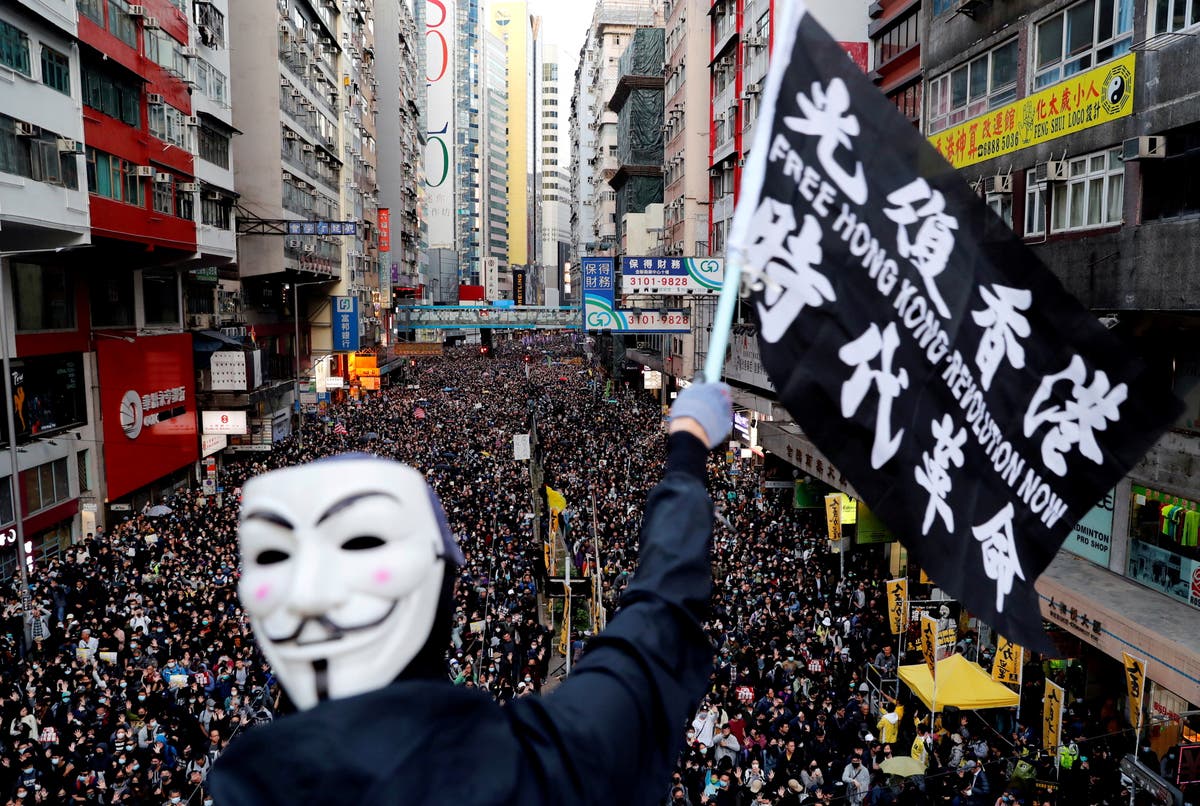 Keith Richburg, former Washington Post journalist and the president of the FCC, in a press release on Monday to members, mentioned its board had “regretfully decided to suspend the Human Rights Press Awards pending further review”.

The suspension of probably the most prestigious awards in Asia which have been run for greater than 25 years is seen as the newest setback for the previous British colony’s unbiased media, which is already struggling within the backdrop of a drastic erosion of free speech.

Mr Richburg’s assertion added that, over the past two years, journalists in Hong Kong have been working underneath new “red lines” on “what is and is not permissible, but there remain significant areas of uncertainty and we do not wish unintentionally to violate the law”.

The board, which has members from the New York Times, Wall Street Journal, Bloomberg and different international information media organisations, referred to as off the awards regardless of finishing the judging course of.

The winners of the awards had been anticipated to be introduced on 3 May to mark World Press Freedom Day.

According to Reuters, Mr Richburg had defined to the membership’s human rights committee that the choice was made to guard its workers and members from authorized dangers.

“Keith explains decision… to suspend the HKPA (Human Rights Press Awards) due to concerns over legal risks to the club, staff, members and judges from awarding four awards and five merits to Stand News,” the e-mail learn.

Eight committee members, nevertheless, reportedly resigned shortly after the choice was made.

Journalist Timothy McLaughlin, a former recipient of the award, introduced his resignation from the committee on Twitter, including it was “both angering and sad to see the awards cancelled in such a manner”.

Washington Post bureau chief Shibani Mahtani resigned from the committee as effectively, saying she didn’t stand by the choice.

“It is an award that meant something not only to Hong Kong but journalists across Asia who covered some of the most consequential developments in the region last year — from the Taliban’s return to power in Afghanistan to the continued plight of the Uyghurs to, yes, Hong Kong,” she wrote on Twitter.

Ms Mahtani added: “Have strongly recommended to the FCC president and its current board that we should seriously rethink the role of the press freedom committee and the club as a whole. I believe it is no longer able to serve its core mission: to defend and promote the press.”

Earlier this month veteran journalist Allan Au was arrested on a cost of “conspiracy to publish seditious materials”, the newest blow in opposition to press freedom within the metropolis.

Under the draconian legislation applied in 2020 within the wake of pro-democracy protests, crimes of secession, subversion, terrorism and collusion with international forces are punishable by a most sentence of life imprisonment.

According to a report by Reporters Without Borders printed in December 2021, China is the world’s greatest captor of journalists, with no less than 127 presently detained by Chinese authorities.