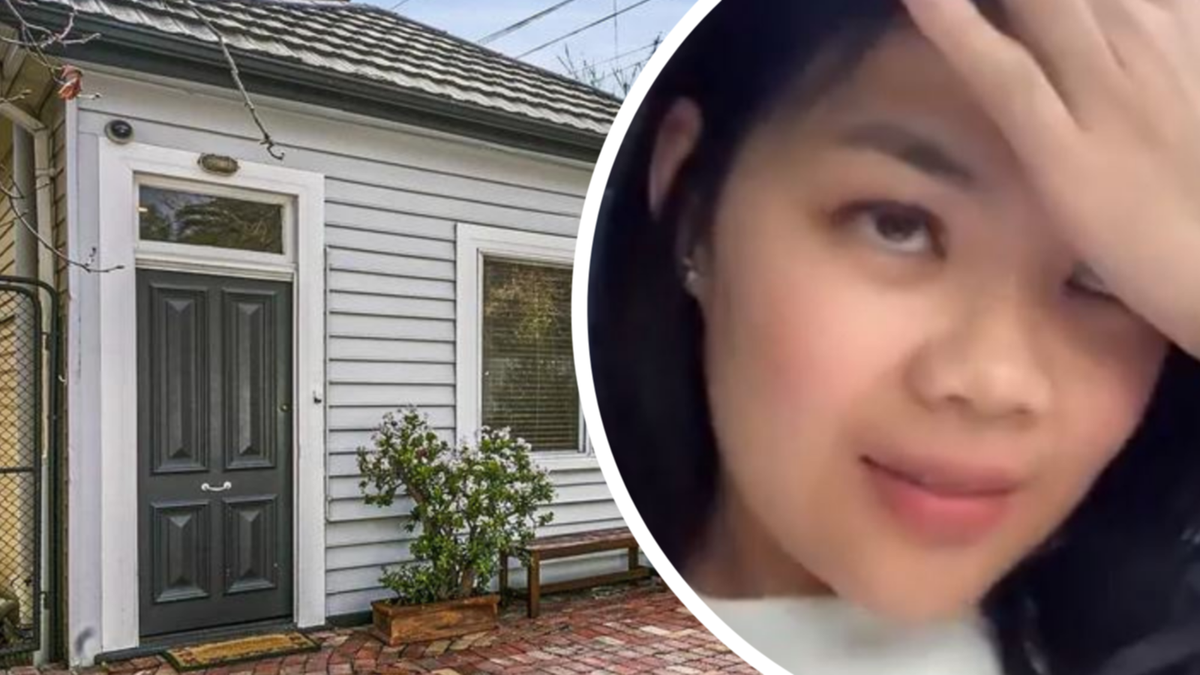 A “really cute”’ Melbourne cottage has been branded “the ultimate house catfish” by an eagle-eyed TikToker who discovered a hard-to-spot detail was the reason for its surprisingly reasonable price tag.

Lisa Tran shared a video delving into the “amazing-looking” home in Abbotsford in Melbourne’s inner city, where the average three-bed house sells for $1.375 million.

“Something is always wrong if the house looks amazing in photos but is prices why so much cheaper than everything else in the neighbourhood,” the house-hunter shared.

Watch Lisa give her verdict in the video above

Lisa went on to say the weatherboard home was on the market for around a million dollars.

“And it’s got three beds, one bathroom and honestly for a place like this if you’re paying one mil you should expect a home to look like a pile of s***,” she went on.

“I’m talkin’ someone’s died in it,” she added. “Toilet not attached to the house (yes this is legit).

“But for some reason this house looks MINT,” Lisa declared.

The first home buyer then went on to describe the open plan living space as “gorgeous”, while pointing out the renovated kitchen with a double sink island.

She also said the bedrooms were “nicely renovated” – one of which had a wall-to-wall bookshelf.

And to top it off there was a renovated bathroom too.

“Honestly for a house like this, the places I’ve been looking at that are comparable have been going for $1.5 – $1.6 million,” Lisa said.

So why was it on the market for only $1 million?

“I’ll tell you why,” she said, adding “see these lines” and pointing to some wires that can just be seen in a photo taken from the garden.

“That’s the bloody train line – right next to the house,” Lisa shared.

“This is the ultimate house catfish,” she declared.

The home sold on 27 September – so how much did it actually go for?