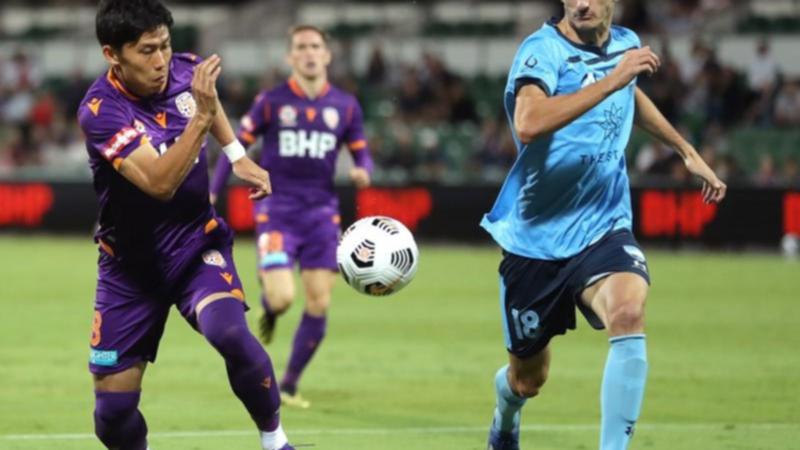 The 21-year-old made the decision to leave Sydney FC and move north to Queensland in the off-season in the pursuit of more opportunity.

Shortly after arriving at the A-League Men’s club, Ivanovic was handed the No.9 worn with distinction by Socceroos pair Jamie Maclaren and Adam Taggart in the past at the Roar.

Both Maclaren and Taggart became fan favourites in their time at Brisbane and it’s a history Ivanovic is eager to emulate as he aims to use his move to push his career to the next level.

“That’s what motivates you. I’ve got the number nine on my shirt. I’ve got some responsibility,” he said.

With Argentine forward Juan Lescano sidelined due to a hamstring niggle for Friday’s season-opener against reigning champions Melbourne City, Ivanovic has a chance to make an instant impression at his new club.

With experienced forwards such as Adam Le Fondre, Bobo and Kosta Barbarouses limiting his opportunities at Sydney, Ivanovic was granted an early release by the Sky Blues from his contract in July to join the Roar.

The move is also an acknowledgement for Ivanovic that the 2021-22 season is a huge one in his football career.

“Making the switch to come up to Brisbane Roar has just been unbelievable … definitely the best for my career,” he said.

“Try and get good consistency and try and score some goals. Just looking forward to the season.”