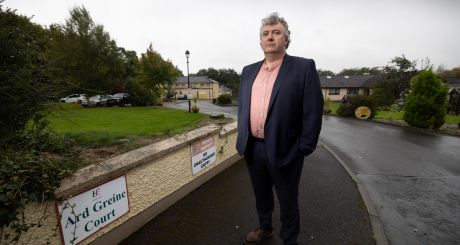 The Health Information and Quality Authority (Hiqa) was provided with the names of victims of sexual abuse at a HSE-run disability centre in Co Donegal in 2016, more than two years before families were told of the abuse, the watchdog body has confirmed.

Hiqa did not identify sexual abuse in its reports in 2016 on Ard Gréine Court campus in Stranorlar.

Families of the victims of the abuse, which continued at the centre for over a decade until 2013, say they are “furious” Hiqa did not specify that abuse was sexual in nature. They say had Hiqa referenced such abuse they would have demanded disclosures from the HSE.

The sister of one victim told The Irish Times: “Had Hiqa revealed there was sexual abuse of course I would have wanted to know what was going on.”

Instead families were not told by the HSE of the sustained sexual assaults on their intellectually disabled loved ones until December 2018. The brother of one victim said: “It feels like Hiqa is part of the cover-up.”

A still-unpublished report from the National Independent Review Panel (NIRP), completed in August 2020, finds at least 18 intellectually disabled residents at the centre were subjected “to sustained sexual abuse” with the “full knowledge of staff and management”.

It finds upwards of 108 incidents of “devastating” abuse were perpetrated on mainly non-verbal adults by another resident, who is given the pseudonym “Brandon” in the report. Brandon was discharged from Ard Gréine Court in May 2016 to a nursing home, and died last year.

The abuse was finally brought to light when a whistleblower approached local TD Thomas Pringle, who in turn brought extensive documentation to the local and national HSE and to then minister for disabilities Finian McGrath, which set in train a process culminating in the NIRP investigation.

In a March 2016 inspection report on the campus Hiqa said there was “a resident with a significant past history of peer abuse,” but did not name this as sexual abuse.

A second report in May 2016 said inspectors were not assured enough was done to protect residents “from all forms of abuse,” without specifying the abuse types.

A spokesman for Hiqa confirmed the authority was first contacted by the whistleblower in 2011 about alleged sexual abuse by a resident, but Hiqa was not empowered to inspect disability centres until 2013. It conducted its first inspection at Ard Greine Court in 2014.

He confirmed the whistleblower provided the names of alleged victims of sexual abuse and identified where inspectors could find the files on these victims in February 2016. On foot of this information Hiqa inspected in March and May that year.

“ On the inspection in March 2016, inspectors considered the provider’s capacity to protect residents from the risk of abuse at that time and found the provider’s safeguarding arrangements to be inadequate,” he said. The non-compliance in safeguarding and safety was given the highest ranking of “major”.

Asked why the sexual abuse was not named in the reports, he said: “When writing inspection reports Hiqa inspectors are careful not to compromise the privacy, dignity or rights of the people living in designated (residential) centres.

“Despite the alleged incidents occurring prior to Hiqa’s legal remit, inspectors required the HSE to implement actions to review what had happened and review how the HSE had responded to these incidents.

“In addition, Hiqa required the HSE to confirm that the incidents were all reported to An Garda Síochána. ”

He added that because it was only dealing with allegations at that stage, Hiqa could not have stated as fact that the abuse had happened. “As the registered provider of Ard Gréine Court, the primary responsibility for safeguarding residents rests with the HSE,” he noted.

In August 2016 regional HSE disability manager Jacinta Lyons, was asked on Highland Radio if Hiqa had found sexual abuse at Ard Gréine Court. She answered: “There was none. No sexual abuse.”

This interview was three months after Brandon had been discharged from Ard Gréine to a nursing home. Notes from the meeting to plan his discharge, seen by The Irish Times, state: “It was not possible for Brandon to move to another house within the Ard Gréine Court complex as there are other individuals within each of those houses that have been abused by Brandon in the past.”

The HSE says it is awaiting Garda clearance to publish only the 13-page executive summary of the report. The Director of Public Prosecutions has directed there be no prosecutions in relation to the abuse or possible withholding of information about it.

Mr Pringle will raise the case with Taoiseach Micheál Martin during leaders’ questions in the Dáil on Tuesday.