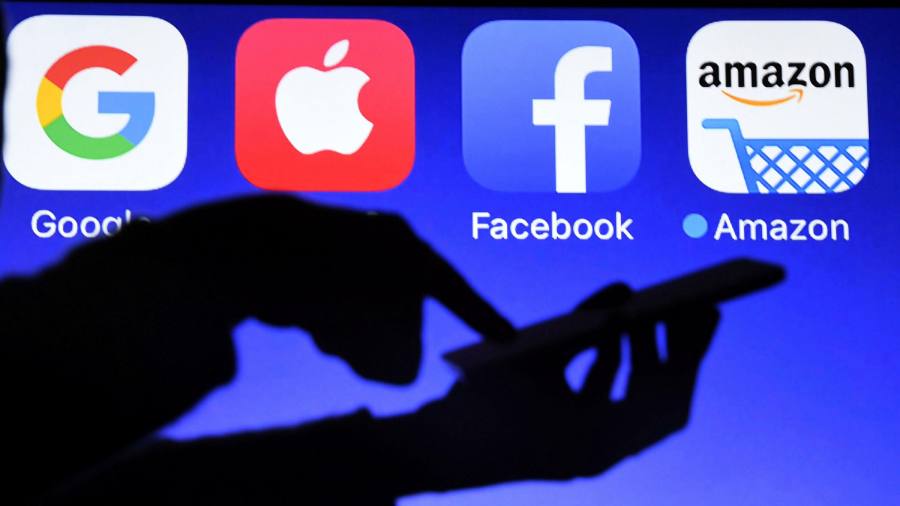 After lengthy squabbles over the scope of a new piece of legislation spelling out the dos and don’ts for online platforms, the European parliament last night finally agreed on its position for the last leg of negotiations before the Digital Markets Act is finally approved. We’ll look at what the deal entails and how Google is already amping up its outreach to EU regulators.

In keeping with our Thursday’s profile tradition, today we look at a figure well-known in Brussels and London alike — Michel Barnier — and how realistic his presidential ambitions in France are.

And with another round of Brexit talks tomorrow, we explore what the business community in Northern Ireland has to say after their recent meetings with UK Brexit minister Lord David Frost.

Just a week after Google lost its appeal against a €2.42bn antitrust fine, the tech giant is stepping up its outreach to EU regulators, amid progress on a controversial piece of tech regulation, writes Javier Espinoza in Brussels.

Yesterday, Google’s chief executive Sundar Pichai held a virtual meeting with EU competition and digital policy chief Margrethe Vestager. By the end of this year, the company’s chief legal officer, Kent Walker, is expected to come to Brussels to speak to regulators and lawmakers.

The most pressing issue for Google doesn’t seem to revolve as much around past competition cases Vestager launched — though the company is still fighting those in EU courts — as it is about fresh legislation, particularly the Digital Markets Act, which is inching towards the final stages of negotiations after a deal in the European parliament last night.

The DMA is aimed at forcing tech giants to change their business models and allow smaller rivals a more prominent role on their platforms instead of pushing the company’s own services and products.

Vestager has stated publicly the legislation was inspired by the cases she brought against Google. And, as part of the parliament’s position agreed last night, the law will apply to any company with a market capitalisation of at least €80bn and offering at least one internet service — meaning that Google will definitely be among them.

Google’s lobbying efforts (which already rather clumsily sought to target EU internal markets commissioner Thierry Breton, for which Pichai apologised publicly) are likely to continue throughout the final stage of DMA negotiations between parliament, European Commission and EU governments in the coming months. The French EU presidency has stated its ambition to wrap up the negotiations in the first half of 2022.

On the opposition side, Google’s plaintiffs who are arguing against the search engine’s dominance, have also stepped up their lobbying with the commission.

FairSearch, a group representing smaller search engines that were behind the initial case leading to the €2.4bn fine, sent a letter to Vestager, arguing that “decisive enforcement of the decision is overdue”.

The letter, seen by Europe Express, argues that the remedies in place in shopping search have been ineffective and called on Brussels to force the US tech group to stop favouring its own products and start following the EU decision, confirmed by the Luxembourg-based court.

“Google continues to harm consumers and continues to favour results that economically benefit it, which is akin to favouring its own results, and starves providers of traffic and hence revenue that would allow them to compete on the merits,” the letter warned.

Separately, a new study by Thomas Höppner at law firm Hausfeld, which represents complainants against the company, showed that the search giant was not complying with what it needed to do to fix its anti-competitive behaviour. “Google will have to change the design of general search pages fundamentally — immediately,” Hoppner wrote.

But Vestager is sticking to the line that Google is complying with the decision and allowing for more competitors to be shown prominently in search results.

A Google spokesperson said: “The changes we made are working successfully, generating billions of clicks for more than 700 comparison shopping services and are subject to intensive monitoring.”

A rise in infections across Europe is prompting several governments to reintroduce Covid-19 restrictions. Ireland will put up a midnight curfew for pubs and clubs and return to working from home wherever possible, while Belgium is making teleworking mandatory four days a week. Slovakia and the Czech Republic are also set to introduce new restrictions after both countries yesterday recorded their highest daily infection figures since the start of the pandemic. (More here)

Michel Barnier is a household name to longstanding Brexit observers in Brussels and London. As the EU’s former Brexit negotiator, he became famous for sayings such as “no cherry picking” and “no single market à la carte”, whenever his British counterparts were seeking one or the other exemption from EU rules. The four freedoms of the EU — of people, of capital, of services and of goods — were “indivisible”, in Barnier’s own words.

Now that dogma is out the window, with Barnier running his French presidential bid on a topic familiar to Brexit ears: a moratorium of up to five years on immigration to France and the suspension of the supremacy of EU over French law in this area.

Judging by his popularity in the party, he seems to have a shot at winning the Les Républicains nomination on December 4, writes Victor Mallet in Paris. (Full story here).

Here are a few of the reasons why French voters may find him compelling:

Emmanuel Macron, who was a surprise winner in 2017 with the promise to be “neither right nor left”, remains a strong incumbent to beat in April. But if Barnier secures the nomination of his party, he may emerge as Macron’s more plausible challenger, compared to the far-right’s Marine Le Pen or Éric Zemmour.

Barnier’s discussions with former colleagues in Brussels, however, were he to become president, would be awkward if he followed through on his campaign promises.

A week ago, optimism was in the air as the UK’s Brexit negotiator, Lord David Frost, pulled back from the brink of triggering a trade war with the EU. When he and his opposite number in Brussels, Maros Sefcovic, meet again tomorrow, will the mood still be upbeat? Judging from Frost’s trip this week to Northern Ireland, that looks like a safe bet, writes Jude Webber in Dublin.

One business leader, who attended a dinner with Frost in Belfast on Tuesday night, said it had been “definitely the best engagement we’ve had”.

Up until last week, it had appeared that London was on the brink of triggering Article 16 of the withdrawal agreement governing post-Brexit trade — and provoking a trade war with the EU in the process. (Here is a detailed explainer of what that move would entail).

In Belfast, Frost made clear Article 16 was still on the table. He called its use “legitimate” unless Brussels makes more concessions that go beyond those that Sefcovic already proposed last month to facilitate trade between Britain and Northern Ireland.

But Frost at least said reaching a deal with the bloc by Christmas “can be done” — even if he swiftly added the caveat “whether it will be done is a different question”.

Triggering Article 16 is a risky gambit: the EU’s response would probably be fast and furious and could lead to the suspension of the bloc’s trade deal with the UK (as we wrote here). London may attempt to trigger it as a lever, but to backtrack quickly — is an equally high-stakes move, said one veteran of Brexit negotiations in Dublin.

No one would lay bets on Article 16 not being used now, but businesses told Frost loud and clear in Belfast that they were fed up.

As Glyn Roberts, chief executive of Retail NI, which groups 1,800 independent retailers and wholesalers in the region, put it: “What business wants is stability, certainty and an end to this endless process of negotiations.”

Concerns particularly relate to pockets of exuberance in credit, asset and housing markets as well as higher debt levels in the corporate and public sectors