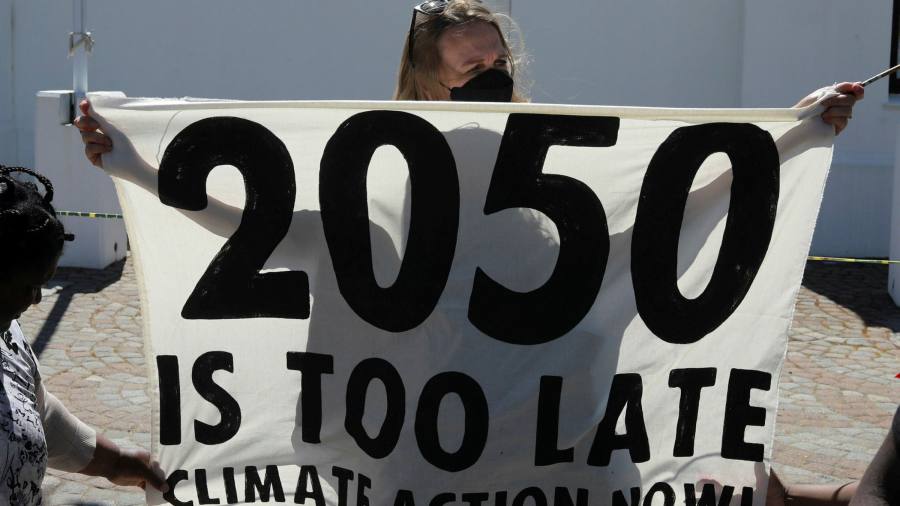 A new scorecard from the UN has found that countries’ 2030 climate targets are still far off track from Paris climate accord goals and would lead to a temperature increase of up to 2.7C by the end of the century, despite dozens of new pledges in recent days.

With many last-minute targets submitted during the opening days of the COP26 climate summit, the new UN tally finds that 152 countries have now published new climate targets, covering 88 per cent of global emissions.

But when the current climate targets are taken into account, a temperature increase of between 2.5C and 2.7C is projected by 2100, according to an updated Emissions Gap Report published on Tuesday.

In the 2015 Paris climate accord, signatories committed to limiting the global temperature rise to well below 2C, ideally around 1.5C, compared with pre-industrial times. Global temperatures have already risen around 1.1C.

Those targets will lead to emissions of about 51.5bn tonnes of carbon dioxide equivalent in 2030, which is about 500m tonnes lower than previously projected before the update.

Separately, new calculations from Climate Action Tracker found that existing 2030 climate targets equate to around 2.4C of warming, although this would drop to 2.1C if long-term net zero targets were included.

The Climate Action Tracker study projects that global greenhouse gas emissions in 2030 will be about double what would be necessary to curb warming to a maximum of 1.5C.