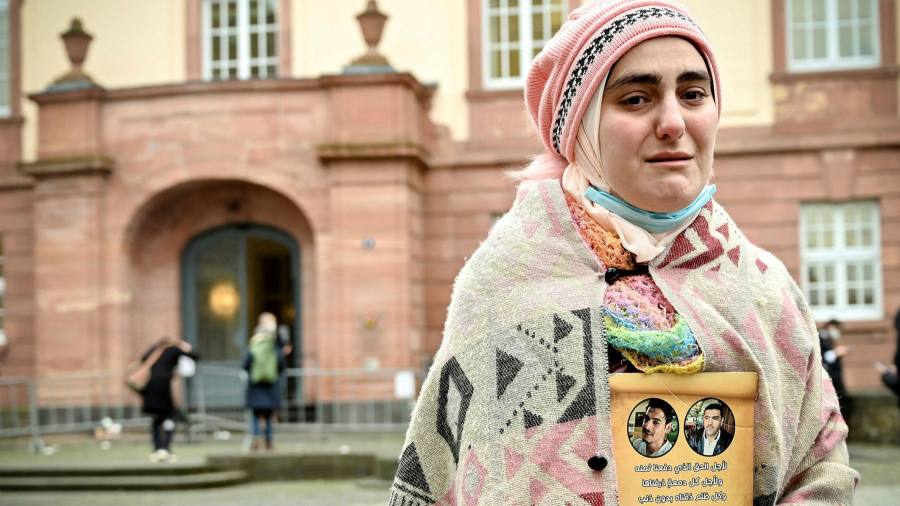 A German court has sentenced a former Syrian intelligence officer to life in prison for crimes against humanity, in the world’s first criminal case over state-sponsored torture in Syria.

The landmark trial could set a precedent for more cases in countries which, like Germany, have adopted the principle of universal jurisdiction. Universal jurisdiction allows a country or organisation to try a person accused of crimes against international law, regardless of where that crime was committed.

Anwar Raslan was the head of the General Intelligence Unit’s detention facility known as Branch 251 until he defected from Syrian president Bashar al-Assad’s government in 2012. Also called the “Al-Khatib Branch”, it was notorious among opposition activists as a site of torture.

As a result of his oversight of that facility, the judge in the Koblenz court found Raslan guilty as a co-perpetrator of thousands of cases of torture, as well as 27 murders and cases of sexual assault.

“For the first time, a higher-ranking member of the Syrian regime has been convicted of crimes against humanity,” said Patrick Kroker, a lawyer from the European Center for Constitutional and Human Rights, which represented some of the plaintiffs. “The verdict today is only a first step in addressing the crimes in Syria — but this first step is often the most difficult.”

Raslan pleaded not guilty in court, and is likely to appeal his sentence, which his co-defendant, Eyad al-Gharib, has already done.

Raslan, in his late 50s, sought asylum in Germany in 2014. His trial, as well as that of al-Gharib who was found guilty of facilitating torture last year, has been divisive among opponents of the Syrian regime. Some are concerned that the prosecution could deter others from defecting and coming forward about regime crimes.

One former detainee who testified against Raslan, and asked not to be identified for his safety, described mixed emotions upon learning of Thursday’s verdict. The middle-aged man, a doctor, was tortured and detained in Branch 251 for 40 days, and kept in solitary confinement for 30 of them.

“I felt so happy we who were arrested and tortured accomplished something that reaches punishment in a fair trial,” he said. “But my father is still missing [after detention.] My wife’s relative is still missing. I have dozens of friends and cousins still missing, and justice still seems far away.”

Torture and forced disappearances have been common among all sides of the conflict, but human rights activists say the abuse in government prisons, long predating the 2011 uprising, was systemic. Since Syria’s 11-year war began, more than 500,000 people have died in the fighting, during which Assad used chemical weapons and barrel bombs. He remains firmly in power, controlling most of the country.

The detainee criticised the fact countries such as the UK and Denmark were seeking to deport asylum seekers back to Syria at the same time European courts were trying regime figures in court.

“We see this normalisation happening at the same time western courts, with their legal standards, find even low-level regime officers like Raslan guilty of war crimes,” he said.

For human rights defenders, most avenues to pursue charges for potential war crimes by Assad’s government are blocked. Syria is not a member of the International Criminal Court. Meanwhile, Russia and China have blocked efforts to refer Syria to the court through the UN Security Council.

Eric Witte, a senior policy officer at Open Society Justice Initiative, which represented five plaintiffs, said the Raslan trial could be used as a precedent for states with universal jurisdiction to create a court by treaty for Syrian war crimes.

“We think this is legally feasible and it should be politically feasible,” he said. “It’s really up to states to determine their level of commitment to justice for the atrocities in Syria.”

But even if such a court was established, it would be difficult to find suspects to try. Most of Assad’s top-level officials only visit countries that back his government, such as Russia and Iran.

As part of the Raslan trial, Germany’s war crimes unit investigated how the Syrian security and detention system worked, identifying chains of command and facilities allegedly behind systematic use of torture.

This evidence, said Witte, could be used in other cases. Already, another trial in Frankfurt is set to start against a Syrian doctor employed in a state detention centre and accused of torture. The plaintiff from Raslan’s trial said he hoped he would live to see more trials: “We want our suffering to have had meaning.”