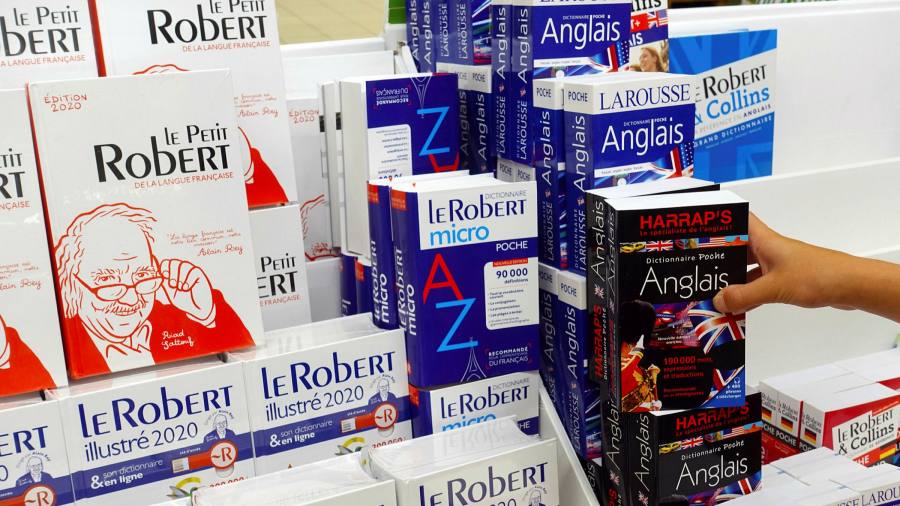 The wife of France’s president said it went against the “beauty” of the language, the country’s education minister saw it as a sign of creeping “wokism” and a parliamentarian was so engaged he complained to the Académie Française. The culprit: a three-letter entry in the online edition of Le Petit Robert.

Brigitte Macron, wife of President Emmanuel Macron and a former teacher, education minister Jean-Michel Blanquer and MP François Jolivet were among those who this week publicly voiced their disapproval at the inclusion of the gender-neutral pronoun “iel”, a blend of il’ and ‘elle’ or he and she, in the dictionary that is a staple in homes across the country.

According to the new definition, “iel” and “iels” in plural are used to “refer to a person of any gender” and are an “inclusive form of communication”. They are often used by those who do not identify exclusively as either a man or a woman, also referred to as “gender non-binary”, and who can feel excluded by the mainstream use of gendered pronouns.

For Blanquer, however, such “inclusive writing is not the future”, while Jolivet in his letter to the official guardian of the French language hit out at an “ideological intrusion”. The publisher’s staff were “activists of a cause which has nothing French about it: wokism”, he wrote in an accompanying tweet.

Questioned by journalists after she visited a school, Brigitte Macron insisted there were “two pronouns: he and she”, adding that “the language is so beautiful and two pronouns is good.”

The “iel” controversy has stoked the ire of many French politicians, intellectuals and journalists against what they see as the creep of progressive American values into French culture, particularly pertaining to gender, race and colonial history.

It has touched a nerve particularly on the French political right, who believe their culture and way of life are under attack from politically correct militants and “Islamo-leftist” academics.

It has also reignited a debate about the inherent sexism of French and other Latin languages where everything has a gender, including the word for “they” used as a gender-neutral pronoun in English.

“This is currently part of a very explosive context around what is referred to as ‘cancel culture’, ‘wokism’ and ‘intersectionality’,” said Virginie Martin, a political analyst at Kedge Business School.

Rightwing politicians, such as presidential hopeful Eric Zemmour, were inflaming the debate and “creating a kind of competition and bidding war around who can manifest more traditionalist values”, she added.

The criticisms drew a sharp response from Le Robert’s director-general, who noted that even though use of the word was “still relatively limited”, his staff had noted its increasing popularity in the past few months.

“The meaning of the word ‘iel’ cannot be understood by reading it alone . . . and it seemed useful to us to specify its meaning for those who encounter it, whether they wish to use it or [not],” Charles Bimbenet wrote.

“Le Robert’s mission is to observe the evolution of the French language in motion, diverse as it is, and to report on it,” he said, adding that the publisher “was not suddenly affected by acute ‘wokism’ . . . (not yet defined, editor’s note) whose definition we promise to provide soon.”

Al Colsaet, a French doctoral student who defines as “iel”, wrote on Twitter that “fortunately the future of the French language is not decided by [Blanquer] or [Jolivet] or the Academy, but by those who speak it. I use #iel every day and it warms my heart to see it in the [dictionary].”

The fight echoes the increasingly rancorous debate that has fermented in the US over what schools should teach, which at its heart is a fight between conservatives and liberals over which version of America will prevail.

Martin, however, said there was also a particularly French element to the “iel” row.

“What seems to be behind all of this is that France . . . does not like to talk about minorities. It doesn’t know how to do it,” she said, referring to those who uncomfortable with the use of gendered pronouns. “The French form of universalism tends to render minorities invisible.”

The Academie Francaise has yet to pronounce on the matter.