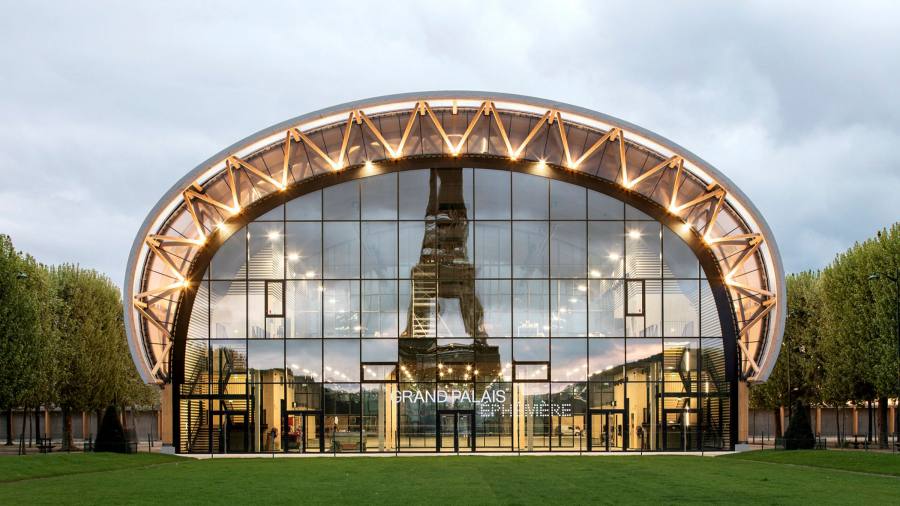 The year has begun dramatically for France’s leading art fairs, Fiac and Paris Photo. Just before the Christmas holidays, and with no warning, their respective October and November slots in the Grand Palais and the Grand Palais Éphémère, its temporary replacement during renovation work, were put up for tender by France’s cultural body, the Réunion des Musées Nationaux-Grand Palais (Rmn-GP). According to the tender, the move was prompted by an unnamed third party expressing an interest in a seven-year contract, reportedly worth at least €20m. Chris Dercon, president of Rmn-GP, has said: “There is a need to rethink shows, to be ambitious, curious and open.”

Michel Filzi, chief executive of RX France, which owns Fiac and Paris Photo, said in a January 4 letter to exhibitors that the situation had “very worrying consequences” for the future of the fairs. The Rmn-GP decision was made “without any consultation with us, its occupant and historical partner for decades”, the letter said, adding that “summary [legal] proceedings have been initiated”. The original decision date of January 10 has been extended — a spokesperson for Rmn-GP says that the future occupant of the coveted slots will be announced “at the end of January”.

Regarding the “mystery third party”, Filzi writes that this must be a well-resourced “professional with the necessary experience to organise art fairs of this level”. MCH Group, owner of Art Basel and Masterpiece, and the Frieze fairs, which both fit such a bill, declined to comment, though my money is on the organisers of the Swiss fair.

Elsewhere the art fair landscape remains unsettled. Victoria Siddall, who stepped down from the day-to-day running of the Frieze events last year, is leaving her role in March as a strategy-focused director after 18 years of working for the fair. She remains on the Frieze board in a non-executive capacity and will act as an adviser, including to the fair’s new edition in Seoul this September. She has not revealed any roles elsewhere.

Meanwhile, Frieze in Los Angeles is still due to run February 17-20, though many other events have fallen off the winter calendar as Covid-19 continues to disrupt travel and mass gatherings. Tefaf Maastricht has postponed its March fair indefinitely, while the India Art Fair and the London Art Fair have moved their start-of-year showings to April, The Winter Show has become a Spring outing, and Brafa in Belgium has moved its January date to June. New York’s Outsider Art Fair has more optimistically delayed by just a month and will now run March 3-6.

Alternative events continue to gain ground and happily London Gallery Weekend (LGW) — a pooled effort from about 140 of the city’s contemporary art specialists — gets its second outing between May 13 and 15. The dates are earlier than last year, to avoid the extended holiday for the Queen’s Platinum Jubilee, and now coincide with the planned outings of Photo London and Eye of the Collector fairs in town.

What began as a Covid-19-driven occasion still has relevance in a more eventful art world. “We had all been so international in our focus previously,” says Sarah Rustin of Thaddaeus Ropac gallery and a co-director of LGW, working alongside its founder Jeremy Epstein. “LGW has provided the impetus to refocus on just how much potential there is locally.”

As well as championing the London community, this year’s event has partnered with the Art Fund, a charity that supports museums across the UK. This includes sponsoring about 20 curators to travel to the event from outside London and the development of a focus group to benefit the country’s many — and often struggling — institutions.

Additional programming, relating to the LGW shows but organised separately, is also on the slate, including talks and performances. “We were in some ways more hampered by the restrictions last year but can be more ambitious this time,” Rustin says.

Bonhams has bought leading Nordic auction house Bukowskis for an undisclosed sum from Sweden’s wealthy Lundin family. The move is a further sign of consolidation in the middle market after Gurr Johns group, which owns Dreweatts and Bloomsbury, bought Forum Auctions at the end of last year.

Bukowskis holds the record for the priciest Swedish artwork at auction: Anders Zorn’s “Sunday Morning” (1891), which sold for the equivalent of £2.9m last year. Bonhams chief executive Bruno Vinciguerra says that the acquisition will help his group in its strategy “to operate from the global to the hyperlocal”. He says that the combination will give Bukowskis a more international platform while plugging its loyal clients and salerooms in Stockholm and Helsinki into the Bonhams business. Digital sales are also part of the play — Bonhams’ share of business done online grew from 12 per cent in 2019 to nearly 40 per cent last year, while Bukowskis now makes around half of its sales in this way, Vinciguerra says.

While Bonhams, which has been owned by the private equity group Epiris since 2018, has had a sprinkle of seven-figure sales, both businesses specialise in what Vinciguerra calls the “core market” of items valued between £2,000 and £1m. “This is where we want to extend our position,” he says, hinting at further acquisitions soon.

London’s high-end department store Selfridges throws itself into the trippy geometry of Op Art this week with an exhibition of work by the French-Hungarian Victor Vasarely (1906-97). The Oxford Street store’s windows will be wrapped in a Vasarely design from January 13 while 50 of his works will be on view inside, with most available to buy (£40,000-£400,000).

A separate suite of 12 non-fungible tokens of Vasarely’s work, in editions of 100, will also be released during the exhibition’s run, priced from £2,000 to above £100,000. Funds raised will go to the Fondation Vasarely, including to its museum in Aix-en-Provence.

Clothing designer Paco Rabanne joins the fray and incorporates Vasarely’s patterns into its spring/summer 2022 collection, while Selfridges’ corner shop has Vasarely-themed gifts, from candles to surfboards. Look out for some dizzy shoppers.