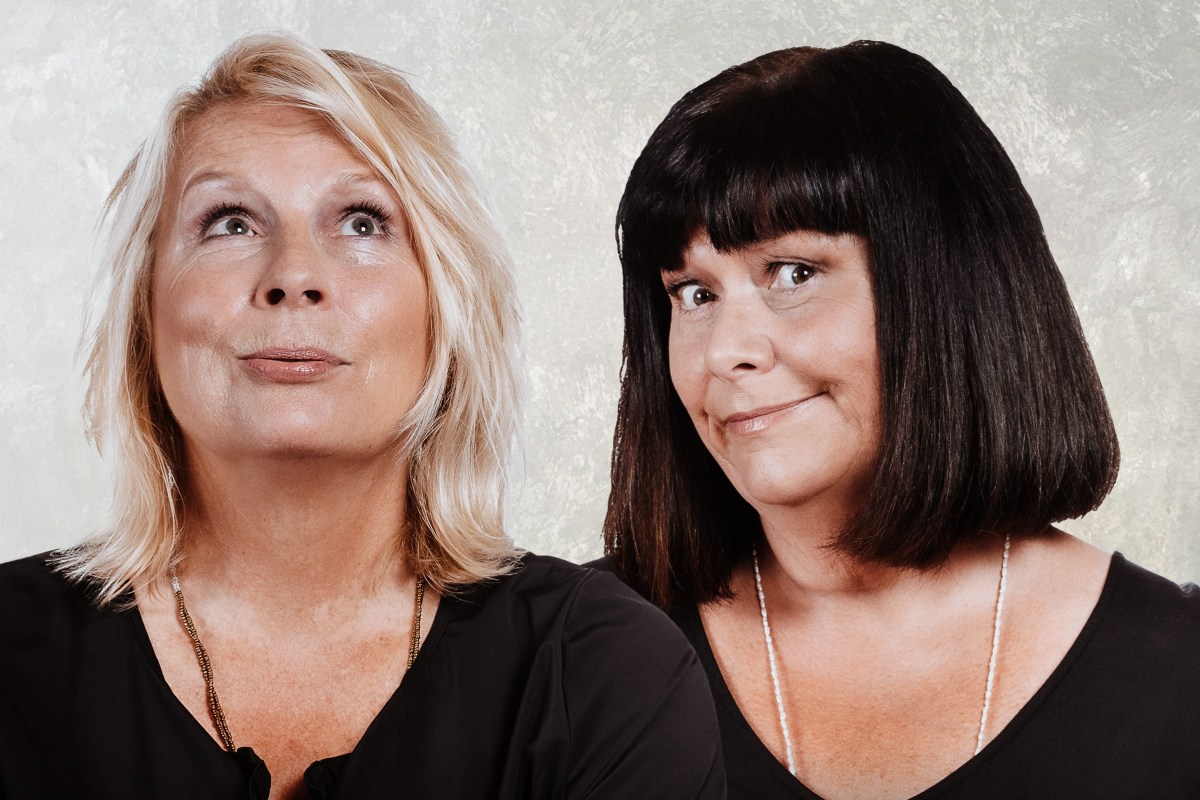 FRENCH and Saunders were one of telly’s best loved comedy duos – but the pair won’t team up again for a sketch show.

Speaking in a YouTube interview with Sarah O’Connell, she said: “We both have the same tattoo, which we got on the very last night of doing our double act.

“We were on tour in Auckland in New Zealand, and we knew we wouldn’t be touring our double act again. I mean, you know, here I am saying that and that was lots of years ago.

“There’s lots of things I’d love to do with her.

“But doing sketches on telly, I think we’ve had our moment with it . . . though she’s trying to persuade me to do some more.”

HANDY AS JAMIE IN KITCHEN?

IF you’ve ever wanted to work with Jamie Oliver, eat all of his food and get paid for it, now is your chance.

But there is just one catch – you have to be his exact double.  Well, part of you does.

The Naked Chef is looking for someone to stand in for him when close-ups of his hands are filmed.

The slightly peculiar role is being advertised by producers on a new TV series Jamie is shooting, and needs someone booked in for three weeks’ time.

An ad posted online reads: “Jamie Oliver Ltd are looking for a hand double for a shoot on November 24 (although could lead to more work).

Most importantly, your hands need to look like Jamie’s.

“Please send pictures of your hands (including forearms) and what experience you have working with food.”

But the team posting the ad did quickly stress that Jamie does actually do the legwork with the ingredients.

They added: “And yes, before you ask, Jamie does genuinely make all his own food!”

I thought I was going to have to call him The Faked Chef there . . .

MAYA JAMA’s shades are the most ridiculous celebrity accessory since Bobby Norris’s side thong on Towie.

The presenter’s sunglasses – as well as her skimpy top – would have been perfect for a sun-kissed morning in Marbella.

But Maya was pictured on a chilly night out in rainy London as she made her way to new private members’ club 180 House.

Though judging by this outfit, Maya still thinks she’s hosting BBC1’s Save Our Summer.

THIS Morning’s Alison Hammond and Josie Gibson will play a life-sized game of Monopoly on today’s show.

Calm down until you’ve got a Mayfair hotel, Josie.

THE woke brigade are going to be spitting teeth . . . while the rest of us are just splitting our sides.

Britbox is showcasing 200 old-school festive specials from the BBC and ITV, including sitcoms Are You Being Served? and Some Mothers Do ’Ave Em.

They’re just the kind of vintage shows brimming with archaic language and dad gags that provide the spice of life. And there’s no better time than Christmas to enjoy it.

One downside is there will be warnings about possible politically incorrect humour.

But that’s a small price to pay for this gift.