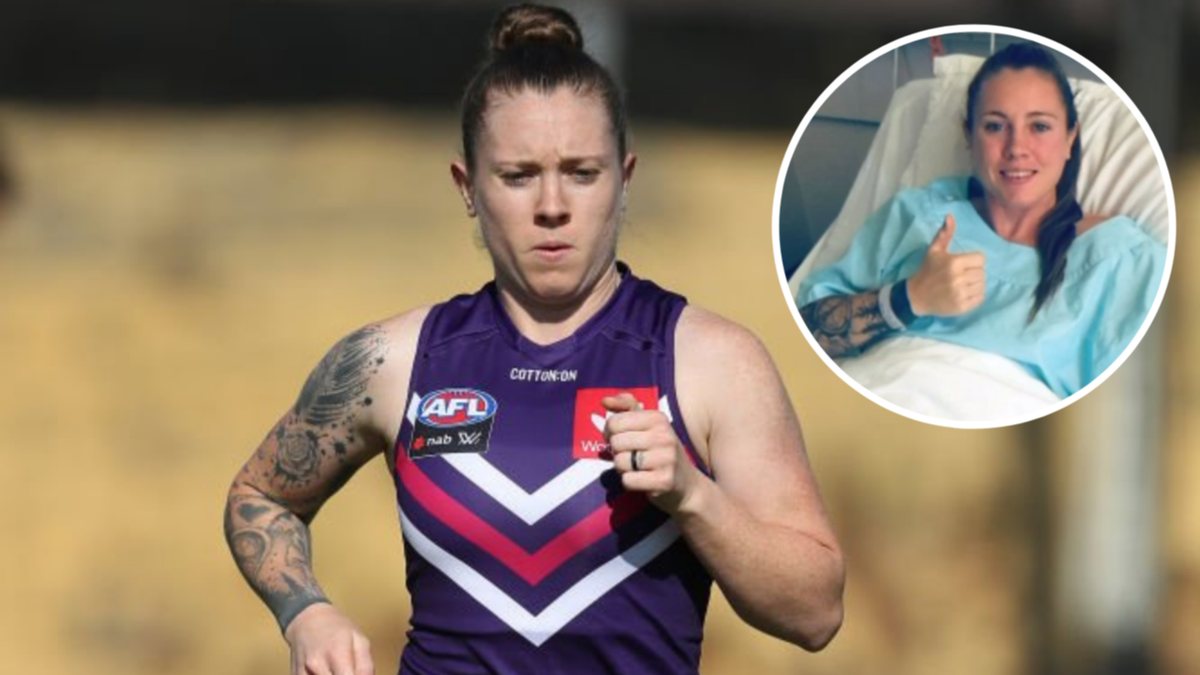 A police officer and AFLW player who survived a horrific hit and run has spoken out about her remarkable recovery for the first time.

Acting Sergeant Ann McMahon dons the blue to make the streets a safer place, but she has a second uniform she also wears as a Docker.

Christmas Eve 2019 marked the end of the road for a drunk driver’s rampage, but it was the beginning of the road to recovery for McMahon after she was crushed by a the stolen vehicle while trying to stop it with stingers.

She revealed the details of her dramatic journey from hospital bed to AFLW debut to her teammates for the first time on Wednesday.

“Realistically, I should either be dead or in a wheelchair,” she said.

Unable to move, her only thoughts were about her wife, Izzy.

“My first thing was just Izzy is going to be in pieces and meanwhile I was lying there in a spinal brace,” McMahon said.

After spending majority of the night in hospital in a spinal brace, McMahon wanted to walk out on her own feet.

“I’m a little bit stubborn so I wanted to get out of there as quickly as I could,” she said.

Stuck on crutches and in full-length knee braces, McMahon faced a long road to recovery from injuries that seemed career-ending.

But a strong determination and appreciation of her “second chance” at life pushed her to work towards playing again.

“I’m just so grateful that it wasn’t more serious or the worst,” she said.

On finding out she would be making her debut, McMahon said it didn’t feel real.

Her successful come back is a credit to police colleagues, doctors and Dockers, but her wife Izzy is owed the biggest debt of gratitude.

“I think I wouldn’t have got to this point without Izzy … without her being a rock,” McMahon said.

“It wasn’t easy and she just never waivered.”