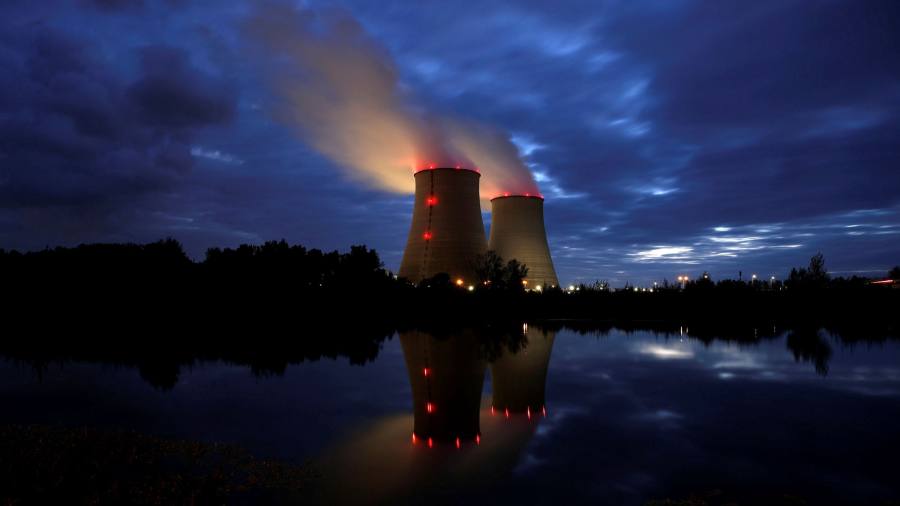 As the French government signals a future where nuclear power will play an integral role in achieving carbon neutrality for the country by 2050, its state-controlled energy giant EDF remains encumbered by its past.

Positioned at the heart of the nuclear debate in France and Europe, EDF struggles under a debt-laden balance sheet and a reputation for being unable to make novel nuclear technologies on time and on budget.

But now President Emmanuel Macron has extended an olive branch and seemingly cleared a path for it to expand internationally and attract much-needed investment.

Macron — whose government has dressed down EDF for cost overruns and delays on one of its French reactor projects, and paused a much-hyped restructuring of the utility — recently announced a €1bn investment in research into small modular reactors (SMRs), a new technology garnering interest around the world.

Meanwhile, government officials have also signalled Macron could announce the go-ahead for at least six large reactors before the end of the year — previously the decision wasn’t expected until well after a presidential election next April.

“This is certainly a very positive moment for nuclear,” said Xavier Ursat, executive director and head of new nuclear projects at EDF.

“This year, everything has become concrete.”

Created in 1946 by General Charles de Gaulle, EDF holds emotional power in France, Europe’s last bastion of nuclear power, and is linked with the nation’s industrial past and future.

For years it was unclear if Macron, under pressure to move away from nuclear power towards renewables, would give the green light to new reactors long called for by EDF. Shortly after coming to power, Macron committed to reducing nuclear’s share of France’s electricity production from 75 to 50 per cent by 2035.

However, ambitious European climate goals, which hinge on pivoting to forms of energy that emit less carbon than fossil fuels, have put the spotlight on nuclear again and handed France an opportunity to assert its dominance in the field.

For EDF, thawing state tensions and confirmation of France’s desire for a nuclear future bring increased visibility to ensure it can keep training and hiring the people it will need and attract investment.

That will be no small task for a company saddled with €41bn of debt and a colossal maintenance and investment programme to fund. UBS estimates a total investment requirement of more than €100bn for it to secure a 20-year life extension for 80 per cent of its nuclear fleet.

If approved, any government subsidies to fund six new reactors — estimated in leaked documents in 2019 to cost around €47bn — and the final price of the nuclear power produced by them, will ultimately be given the green light by Brussels.

The cost of this funding could also be influenced by whether or not the EU includes nuclear energy in its taxonomy on “green finance”, making it a more attractive investment prospect. That decision has been delayed indefinitely because of infighting in the EU.

“Whether we can get financing at a low rate or super high rates completely changes the final cost. That’s the real subject, behind the gross number,” said Ursat.

EDF faces other hurdles too, including the failure to reach a compromise with Brussels over the restructuring of the utility that would have allowed it to raise the regulated price at which it sells nuclear energy and ringfence some of its activities.

It also needs to show it can deliver on its next-generation European Pressurised Reactor (EPR) technology, which it is planning to sell to India, Poland and the Czech Republic.

EPR reactors under construction in Europe — including Flamanville in France and Hinkley Point in the UK — are billions over budget and years behind schedule. The company’s previous chief financial officer quit over concerns about strains Hinkley Point was putting on EDF’s balance sheet.

These setbacks have led some investors and analysts to question EDF’s strategy and growth in the risky and costly field of nuclear power, were it not more than 80 per cent owned by the French government.

“The new reactor at Flamanville is not up and running yet, and some will want to see that project completed before France commits to more reactors with the same design,” said Sam Arie, an analyst at UBS. “From an investor point of view, is there interest in new nuclear projects? Not really.”

However, recent soaring energy prices coupled with stringent climate goals seemed to have turned the tide in EDF’s favour.

Under the scenarios RTE presented, even if France were to reduce its current share of nuclear power in the electricity mix from 70 to 26 per cent by 2050, it would still have to build eight new reactors. If it built no new nuclear reactors and relied exclusively on building renewables and extending the lifespan of existing nuclear, this would cost €10bn more per year than options including new reactors.

Recent rising energy prices have also brought a windfall for EDF. The cost of producing nuclear and renewable energy has remained constant but about 30 per cent of the company’s electricity is exposed to market prices.

The rest of EDF’s electricity is sold at a fixed rate — much below current global market prices — meaning that French households and businesses have been shielded from the sharpest edge of soaring energy prices.

Analysts at UBS have forecast EDF could make an extra €4 or €5 per megawatt hour (MWh) in 2022, which could create an extra €3bn in revenue.

“EDF is a big winner in this energy crisis,” said Denis Florin, partner at Lavoisier Conseil, an energy-focused management consultancy. “They dramatically wanted these EPRs, and they really want money for research into SMRs. This is Macron’s reconciliation with EDF.”

Meanwhile, France will act as the shop window for exports of the new SMR technology — billed to be less powerful but easier to produce and run than conventional reactors — with EDF expected to begin building its first “Nuward” reactor in nine years.

The idea is for these mini-plants to be built in pairs, between them able to produce 340MWh — the equivalent of old high carbon-emitting coal, oil and gas plants around the world that will reach the end of their lifespan in the next 20 years.

“That is the market we are targeting, and for this market you have to be ready in 2030,” Ursat said.