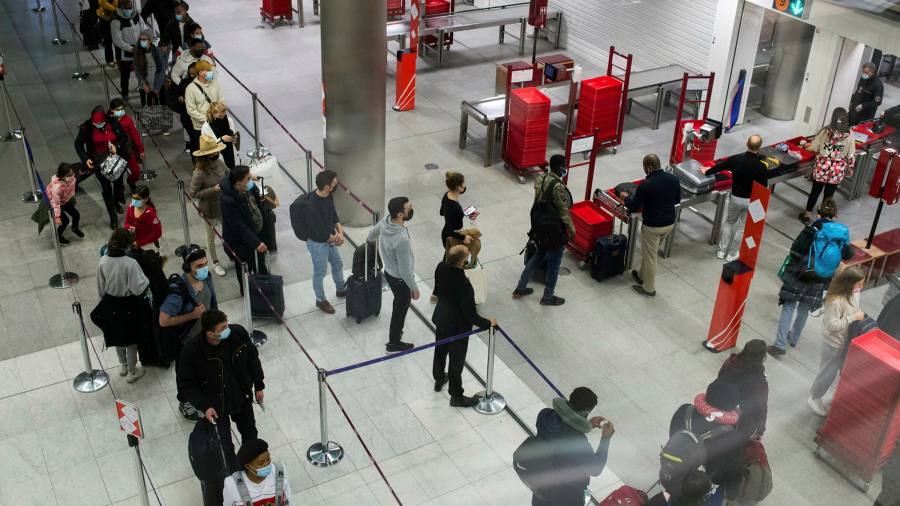 France will block entry to UK tourists, tightening its border restrictions in an effort to slow the spread of the Omicron coronavirus variant.

Travel from the UK will be largely limited to French nationals, residents and their families, although there are exceptions for students and some professions such as doctors who have a work-related reason to enter the country.

The prime minister’s office said the new curbs would apply from midnight on Friday.

The emergence of Omicron, which was first identified by South African scientists in November, has led many countries to impose travel restrictions. Omicron has dozens of mutations that scientists expect make it more transmissible than earlier variants and more likely to evade the immune protection provided by vaccines or previous infection.

France has now clamped down ahead of the Christmas travel season. “The challenge is to slow the spread of Omicron to allow as much time as possible to do booster shots,” said government spokesman Gabriel Attal on BFM TV.

Covid-19 tests must be taken less than 24 hours before departure, rather than 48 as at present, and those who arrive from the UK must self-isolate for seven days, reduced to two days if they test negative in France. An online registration system will be used to track those arriving and submit test results.

In the UK, Omicron has been spreading rapidly and could be infecting 200,000 people a day, according to an estimate from the UK Health Security Agency, dwarfing the number of confirmed cases identified by sequencing.

France, which does much less genetic sequencing of variants than Britain, has only identified roughly 240 cases of Omicron, although health experts expect the number is probably higher. More than 95 per cent of infections in the country are still with the Delta variant, according to public health officials, but that is expected to change in coming weeks.

Even without the impact of Omicron, France has been experiencing a surge of infections in the past six weeks to reach about 45,000 per day, on a seven-day rolling average, although the rise has stabilised. Hospitals and health workers are stretched, with more than 1,000 Covid patients being admitted daily and predictions for intensive care beds to be near-capacity by the end of the month unless more are added.

The government has responded by accelerating the booster programme, closing nightclubs and tightening protocols in schools. But it has stopped short of imposing curfews or lockdowns. In a television interview on Wednesday night, President Emmanuel Macron forecast that there would be “very strong pressure on our hospitals” between Christmas and the new year.