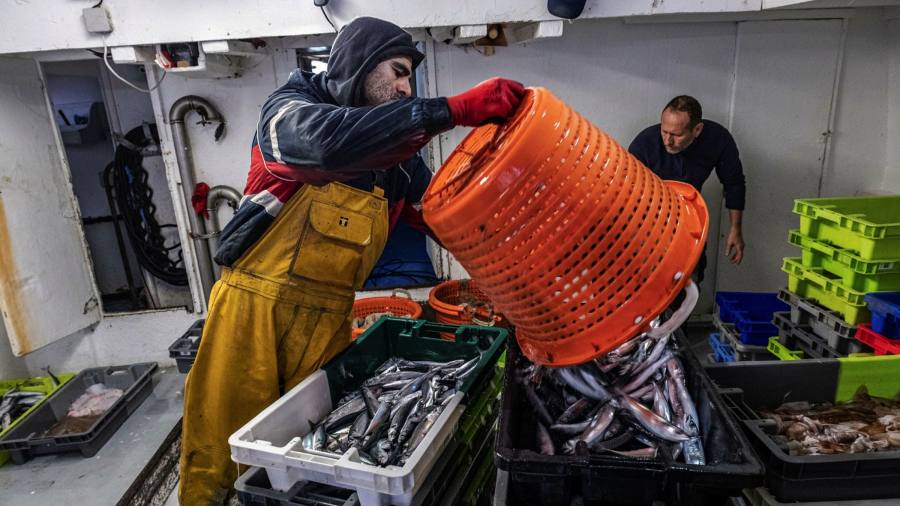 France is threatening to take action from Tuesday against the UK in a dispute over fishing rights, which could include beefed up customs checks on imports and cutting off electricity supplies.

French government spokesperson Gabriel Attal said on Wednesday that a full list of retaliatory measures would be released as early as Thursday.

Tensions over fishing rights have been simmering for months after the UK rejected requests by some small French boats to continue fishing in British waters under the Brexit accord. The dispute is over the right to fish in waters 6 to 12 nautical miles off Britain’s shores, as well as in the seas off the island of Jersey, close to France.

“Only about half of the licences that our fishermen are entitled to have been issued. Our patience is running out,” Attal told a press conference after the weekly meeting of ministers. “We will not let the UK wipe its feet with the Brexit agreement.”

He added that if the first set of sanctions imposed on the UK did not work France could cut off electricity supplies to Jersey, provided through an undersea cable.

Attal said on Wednesday that France had furnished data and documents to support its requests for the fishing licences, but “roughly 50 per cent” of them had not yet been issued. He added that France had first turned to the European Commission over the issue as was called for under the treaty.

The commission and EU member states have yet to back France’s call for action. Brussels, which has been examining evidence from French boats, said on Tuesday that the UK had approved 15 out of 47 applications for French boats to operate in the 6 to 12 mile zone. Another 15 could be licensed if they provided more evidence, while 17 applications were withdrawn because of “poor evidence”.

Just 66 out of 170 vessels applying to fish off Jersey received licences, the commission said, with a further 35 still being assessed and 69 rejected.

Attal said measures could include stricter customs controls and health checks on trucks and boats coming into ports in northern France, as well as a ban on unloading seafood in French ports.

He left open the possibility that if the UK changed its position France could back down.

A spokesperson for UK Prime Minister Boris Johnson said: “It is important to stress that 98 per cent of fishing licences have been granted.”

“We continue to work with the French government on granting more based on the evidence they provide, as you know a number of additional licences have been granted in recent weeks. We will continue to have discussions with them on that point,” the spokesperson added.

Dimitri Rogoff, who heads a regional committee of fishermen in Normandy, said that he was encouraged by the actions taken by the French government, adding that his group was waiting for responses on 20 fishing licences by the end of October. “We can only welcome their actions since we feel as if they have not forgotten us,” he said.