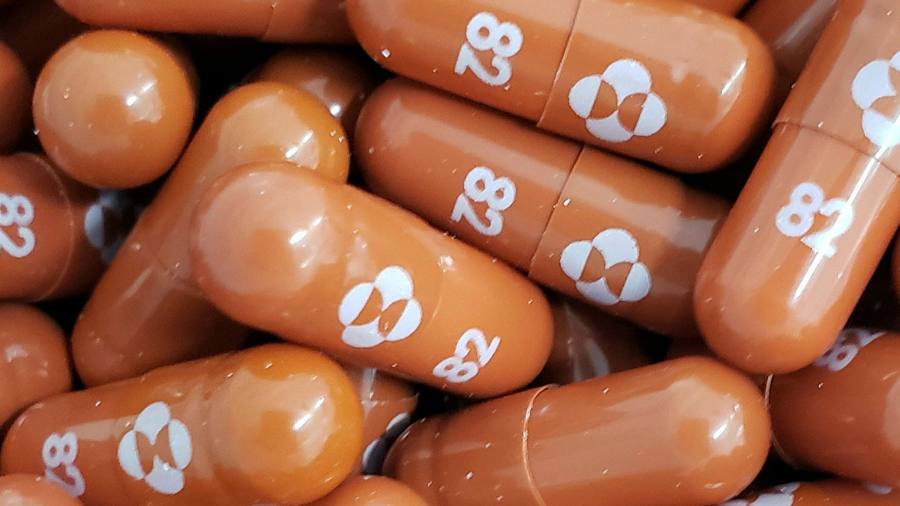 France has cancelled its order for Merck’s antiviral tablet, becoming the first country to do so publicly as concerns over the drug’s efficacy against coronavirus continue to mount.

Merck said it was “very confident” in the drug’s clinical profile and that it was moving with “urgency” to bring molnupiravir to the world.

Olivier Véran, France’s health minister, told BFM TV that France had cancelled the order “because the last studies weren’t good . . . It cost us nothing,” Reuters reported.

Merck’s drug — which the company has outlicensed to the Medicines Patent Pool to increase supply to poorer nations — had initially shown a reduction of about 50 per cent in the risk of hospitalisation and death. But complete data, released last month, showed that the fall was in fact about 30 per cent, significantly lower.

Earlier on Wednesday, the UK, which is running a molnupiravir trial with at-risk patients, said it had expanded its order by 1.75m additional courses of the drug. It had previously ordered 480,000 courses.

Merck said it had supply agreements with over 30 countries. The European Medicines Agency has begun a full review of the drug after giving it an emergency nod — not an approval — that allows member states to go ahead with its use on a national basis. The results of that review are expected early next year.

A person familiar with the EMA’s approval process told the Financial Times the drug had been “a bit of a disappointment” and that 30 per cent efficacy “started to be on the limits of [what is considered] benefit”. The EMA pointed to previous remarks that the full data would be considered in the coming weeks “to determine if a positive opinion can be reached next year”, but declined to comment further.

France’s drug regulator earlier this month refused early access to the drug, saying, among other things, that it did not meet standards for innovation, that its study results were worse than for treatments already available, and that its impact on viral loads — how much of the virus is present in the body — had not been demonstrated.

Molnupiravir was developed by Merck and Ridgeback Therapeutics.

A US Food and Drug Administration panel last month narrowly voted in favour of approval, saying its use should be restricted to high-risk adults with mild to moderate symptoms amid concerns about side-effects. The FDA has not yet communicated its decision.

It is not clear yet whether other European countries have privately cancelled orders, though most are betting on Pfizer’s paxlovid, another oral drug approved by the FDA on Wednesday, which has shown an 89 per cent reduction in hospitalisations or deaths, to help manage a surge in cases.

France had also acted early on remdesivir, the Gilead drug whose benefit has been described as limited, restricting its use before others did.

Andy Hill, a senior visiting research fellow in pharmacology at the University of Liverpool, said trial results for the drug “do not show statistically significant benefits over placebo in a simple sensitivity analysis. Several academics are finding the same results.”

He said the downward revision of efficacy was a “very unusual result” that needed further investigation.

The Merck trial, he noted, had recruited elderly unvaccinated patients.

“In the UK, the vast majority of elderly patients have already been double-vaccinated,” he said. “This lowers their risks of hospitalisation. So it is not clear if molnupiravir can benefit these patients any more.”

Merck said it continued to work with the EMA on its review and would continue negotiations on supply should the drug be authorised or approved.