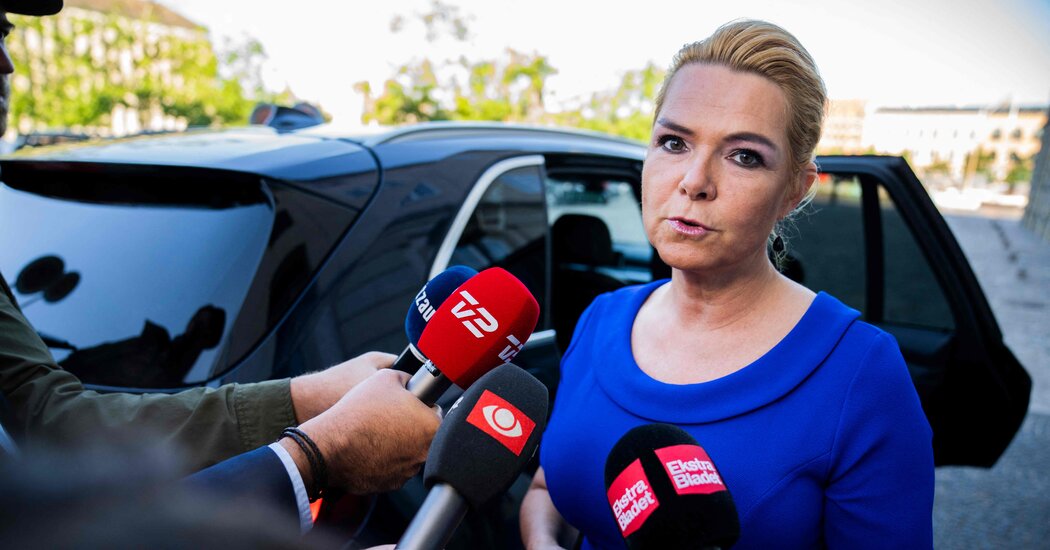 A Danish court of impeachment sentenced a former immigration minister known for her hard line stance against migrants to 60 days in prison, after she was found guilty of illegally ordering the separation of underage couples seeking asylum.

Judges presiding over the rare impeachment trial — the first in Denmark in 26 years — found that the former minister, Inger Stojberg, had intentionally neglected her ministerial duties by ordering the separation of the couples in 2016, the verdict said.

Ms. Stojberg, 48, promoted harsh migration policies for Denmark that were held up as examples by populist leaders and right-wing parties advocating tougher measures in many European countries.

Her contentious tenure as Denmark’s immigration minister included taking out advertisements in Lebanese media warning potential migrants to stay away; planning to house unwanted foreigners on a hard-to-reach Danish island; and celebrating the passage of anti-immigration policies with a cake.

Ms. Stojberg said she was “very surprised” by the 60-day prison sentence, which cannot be appealed.

“It’s the only scenario I had not prepared for because I thought it was completely unrealistic,” she told reporters. “But that’s where we are, and I will serve my punishment, and I do that with my head held high, and then we will move on.”

Ms. Stojberg was the minister of immigration and integration from 2015 to 2019 under a previous center-right government. Legislators will now decide whether she can continue to serve as a member of the 179-seat Folketing, the Danish Parliament.

At the center of the trial was a statement Ms. Stojberg issued in 2016, after extensive coverage in the Danish media about so-called “child brides” at asylum centers, that the government was going to separate asylum-seekers in marriages where one person was underage, even if they had children. Some 23 couples, many of whom had fled to Denmark to escape wars in Syria and Iraq, were subsequently separated by immigration officials.

“They have to be separated,” she said at the time to the Danish Broadcasting Corporation, “because I will not accept that in my system there could be examples of coercion.”

One of the couples affected — a 17-year-old pregnant woman and a 26-year-old man — filed a complaint with the ombudsman of the Danish Parliament, who ruled that the separations were illegal.

The trial is the latest controversy to embroil Ms. Stojberg, who presided over her government’s immigration policy at a time when rising numbers of migrants from the Mideast and Africa ignited an increase in anti-immigrant sentiment in many European countries.

In 2016, she was criticized for falsely claiming that a public day care center in a Danish town had banned children from eating pork in deference to Muslims. In 2018, she announced a government plan to house foreigners with criminal convictions on Lindholm Island in the Baltic Sea, saying they should feel “unwanted.”

But perhaps the most criticized incident was a photo that emerged of Ms. Stojberg smiling proudly in front of a cake to mark the 50th restriction passed against immigration by her government, including one that stipulated that asylum-seekers would have to hand over jewelry and gold to help pay for their stays in Denmark.

She resigned as deputy leader of the Liberal Party in December 2020 as the threat of the impeachment trial loomed.

Speaking to reporters after the verdict on Monday, Ms. Stojberg said she had no regrets. “If I had had to live with the fact that I had not protected these girls, I would actually have had a harder time with that than with this,” she said of her sentence.