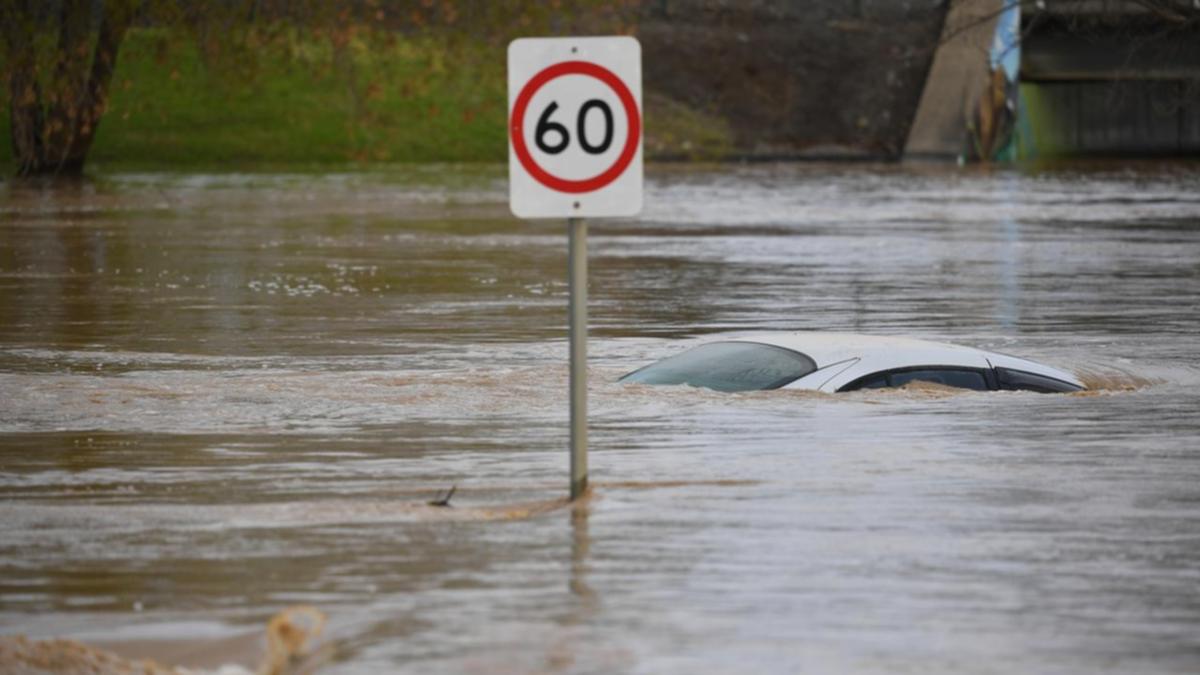 Krista Khomis was 40 weeks pregnant when floods inundated her home.

On June 10, when she woke to find her Gippsland yard under water, a neighbour rescued Ms Khomis and her family of five in a motorboat, with emergency services watching on from the end of the street.

She tells AAP she had no idea the flood was coming.

“The neighbours said if anything happened there would be doorknocking and texts and phone calls,” she says.

She is one of many residents of the Victorian town of Traralgon who were caught by surprise, despite years of work by council and emergency services on the town’s flood response.

Ms Khomis’ newly renovated house was damaged and two cars had to be replaced. She had recently cancelled her flood insurance because of escalating prices.

Five months on, it remains unclear why she and hundreds of others in the flood zone did not receive the warnings they had come to rely on.

There were no phone calls or doorknocking, only alerts via a phone app for Victorian emergency incidents – and even those were hours too late.

The Traralgon Creek runs through the centre of town and has always been prone to flooding, with a major event every few years.

After homes were inundated in 2011, and again in 2012, the local council developed a detailed warning plan, with a system that enabled recorded messages to be sent to hundreds of mobile phones of residents in the flood zone.

Other alert systems have been developed since then, including the VicEmergency app, launched in 2016 and used statewide for incidents from bushfires to shark sightings.

On June 9 and 10 this year, more than 270mm of rain fell in the Traralgon Creek upper catchment, delivered by an east coast low pressure system that saw damaging storms across the state.

As rain pelted down through the afternoon and evening of June 9, gauges in the upper catchment of the creek filled well past the levels that showed the town was about to be flooded.

But the VicEmergency app did not issue a major flood warning until 4am on June 10, when Krista Khomis and many others were fast asleep.

Just a few hours later, the water was gushing through streets, almost reaching the height of the street signs, and flooding the shopping centre.

Even State Emergency Service four-wheel drive vehicles, in an underground car park at a hotel near the creek, were under water.

The flood peaked around 9am at 5.8 metres, by which time about 100 homes were inundated.

When the app issued an ‘Evacuate Now’ warning at 10.30am, Traralgon had been flooded for four hours.

By the time elderly residents finally got the evacuation warning, they tried to leave in their cars, putting their lives at risk, local MP Melina Bath says.

The Nationals MP is worried the state government’s handling of disasters has become increasingly centralised.

A statewide agency, Emergency Management Victoria, has taken over responsibilities that used to sit with local council.

“There’s a sense of frustration in the community about the big hierarchy in Melbourne, they are supposed to be up at 4am and know what’s going on,” she tells AAP.

Another MP, independent Russell Northe, grew up not far from the Traralgon Creek and counts the June flood as one of the worst he has seen.

“The warning system just really failed people, it put them in a perilous situation,” he tells AAP.

“It shouldn’t have happened and you can understand why people are angry and frustrated … it was unacceptable. There were people trapped in their homes.”

The two MPs have been pushing for a public inquiry but it appears questions about the Traralgon floods will form part of an internal Emergency Management Victoria review that looks at the statewide storm response.

AAP asked why warnings were sent late and the recorded message system was not used.

The agency, which also responded on behalf of the SES, said it is conducting a “co-ordinated learning review” into the storms, including the public warnings issued beforehand.

“A community facing report will be developed based on all the data and information captured through the learning review, and associated after action reviews, which will include identified lessons, opportunities and concerns raised by the community and the relevant next steps,” Emergency Management Victoria said in a statement.

Responding to enquiries from AAP, the Bureau of Meteorology said its own first alert was sent on June 8, followed by more warnings on June 9.

A major flood warning was sent at 2am on June 10, BoM said, and was updated several times later that day.

Even though she was uninsured, Krista Khomis has managed to fix the damage to her home with the help of the local council, Melina Bath’s office and the Gippsland Emergency Relief Fund.

But she wonders what has happened to the millions of dollars spent on Traralgon’s flood warning system.

“They spent heaps on it, why didn’t it work? We never really heard anything,” she says.