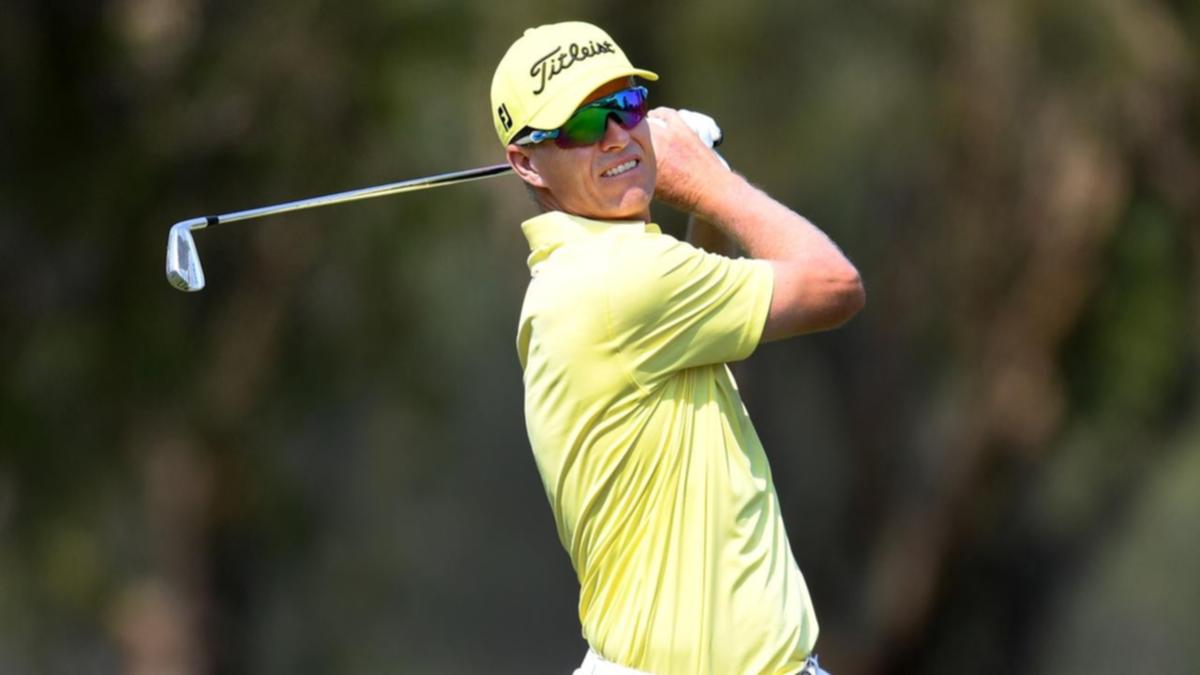 Steve Flesch has opened with a seven-under 65 to take the first-round lead in the PGA Tour Champions event at University Ridge.

Flesch chipped in for eagle on the par-5 11th and had six birdies and a bogey on Friday.

“Hit a lot of good shots, got away with a few scratchy ones,” Flesch said. “Putted great and got the ball up-and-down all but one time, so I had a great day.

“But the putting was better than normal and I was rewarded with a lot of good looks for birdie and capitalised on them.”

The 55-year-old left-hander won the Mitsubishi Electric Classic a month ago in Georgia for his second victory on the 50-and-over tour after winning four times on the PGA Tour. He also won the Georgia event in 2018.

“A lot of good wedges,” Flesch said. “Converted a lot of the birdie opportunities and that’s kind of what I did in Atlanta as well.”

“The golf course is very good, perfect condition,” Jimenez said. “With the rain, it’s a little bit softer, you can attack more of the flags and the course is not playing as fast as last year.

Kelly, coming off a playoff victory Sunday in Iowa in the Principal Charity Classic, opened with a 68 in his bid for his third straight victory in the event hosted by friend Steve Stricker.

Kelly won in 2019 and the 2020 event was cancelled because of the pandemic.

John Senden carded a three-under 69 to be tied 10th.

The Australian is two ahead of Stricker, while Bernhard Langer and Jim Furyk each shot 72.