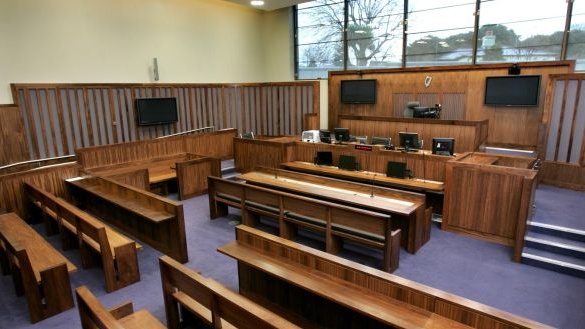 A fireman with Kerry County Council has been convicted of criminal damage by arson after he set fire to gorse land in an area of bogland off the main Ring of Kerry road.

He was one of a crew of nine who then attended the scene to put out the fire on the Easter Bank Holiday Monday of 2020, the District Court was told.

Around 1.5 acres of State owned land was burnt, the court held in Cahersiveen on Friday was told.

David Ahern (36) of St James Gardens, Killorglin, had denied he committed arson in that he damaged by fire property, namely gorseland, at Cromane Upper, Killorglin, on April 13th, 2020.

He had also denied that he dishonestly, by deception, induced the fire service department of Kerry County Council to pay him the sum of €151.04 for attending a fire at Cromane Upper, Killorglin to make a gain for himself contrary to Section 6 of the Criminal Justice (Theft and Fraud) Act, 2001.

The charge of making a gain by deception was dismissed, after an application by his solicitor Brendan Ahern at the end of the hearing.

The case with a number of witnesses, recordings of 999 calls and stills from a CCTV camera attached to a private house, took some hours.

Chief fire officer in Kerry Andrew Macilwraith, called by the prosecution, said the payroll cost of dealing with the fire amounted to €1,500 euro. Mr Ahern was one of a full crew of nine firemen attending the scene on the early afternoon of the Easter Monday. There was double time for bank holidays for firemen and Mr Ahern had been paid €151.04 cent, Mr Macilwraith outlined.

Garda Sergeant Adrian Brennan, investigating, told how weather conditions had been very dry for the previous number of weeks. There had been a number of gorsefires in the area that spring, he said. The burnt land was owned by the Minister for Arts, Culture and the Gaeltacht, surrounded by a large area of commonage.

Stills from CCTV from the Langston family home at Cromane Upper and images of smoke rising from the nearby hill at around 2.30pm were handed into court. Seventeen minutes later the fire brigade had landed.

The court also heard a recording of a 999 call to the fire service made by Declan Ward, wishing to report someone in a car setting fire and the vehicle speeding off. A second call to report the fire was made by a woman had also been logged.

Mr Ward was one of four people in the Langston family house at the crossroads on the bog road off the N70. It was sunny day. Smoke billowed from the bog where a black Passat car had stopped and the family had run out and tried to stop it, but the car had increased speed at the house. Amanda Langston was able to call out the registration number to Mr Ward as the car sped past their front wall.

Ms Langston told how she was at her parents’ home to celebrate her father’s birthday. Her mother was looking out the window and drew her attention to a black car at the brow of the hill. It had stopped there for two or three minutes and she saw a man get back in and reverse around the corner and smoke rose.

“I ran outside and he was driving slowly…I was waving and he was coming by our front wall. I was right at the wall I was signing hey, hey to him…He looked directly at me and put his foot on the accelerator. I saw his face,” she said.

Her mother Eileen Langston said she was looking out the window after lunch and a black car came and parked in a dangerous position and someone got out and went over to the ditch and she asked herself if he was setting fire to the gorse.

She was “wary of gorse fires” because there had been a lot of them, she told Mr Ahern.

“I wondered what he was up to and I ran and got the binoculars,” she said.

The case did not go into defence and applications were made. Earlier, in a memo of a garda interview, read to the court, Mr Ahern, accused, said he had been driving his partner’s car, a black Passat, and was on his way to Glenbeigh when he realised he had no phone and no cigarettes and had stopped by the side of the road to search for them but had not got out of his car. He was returning to collect the items when his pager went off and he collected them and went to the fire station.

Judge David Waters said despite lack of forensic evidence, statements by Mr Ahern and his partner had placed the car at the scene driven by him, and there was “ample evidence” there was a case to answer.

Garda Inspector Róisín O’Dea, prosecuting, said the accused had benefited from the action.

However, Judge Waters said theft or fraud would have been a more suitable charge and he had a doubt about the deception charge. He granted the application to dismiss. He said he was imposing a conviction on the criminal damage charge.

The judge said there were aspects to the gorse fire incident that made it a very serious offence, “not least the risk to lives”, and he needed to consider the case. Concerns about gorsefires by people living in the countryside had been raised in the case, he noted.

There was also a question over a victim impact statement, he said. The fire brigade were victims here, the court was told by the prosecution.

The matter has been adjourned to January 13th for sentence.