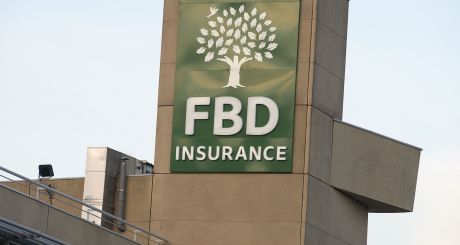 Insurer FBD said on Friday that it now expects its net Covid-19 business interruption payouts to pubs to come to €44 million, some 34 per cent below its previous estimate, after it managed to pass on more of the costs to its reinsurers.

The company did not, however, give a fresh estimate of the gross expected costs of payments to 1,000 pubs affected by a landmark court ruling on a small number of test cases in February last year and a foll0w-up judgment in January. The latest provided considerable clarity on the definition of business closure and on other matters such as allowable wages.

The company has paid €30 million in interim payments to pubs, and said that “despite many delays due to the complexity of the issues, the path is now clearer to finalising payments”.

While FBD revealed on the evening of the January 28th judgment that its profits would be more than double what the market had been expecting, the final outcome was even €10 million ahead of that figure, at €110 million. It made a €4.8 million profit in 2020.

The company, led by chief executive Tomás Ó Midheach, has proposed a dividend of €1 per share for shareholders, amounting to €35.3 million in total. It matched a dividend that had been planned two years ago, but ended up being abandoned due to uncertainty over the Covid-19 business interruption cases.

The profit figure was helped by the company seeing fewer claims come through last year, some €15.7 million of returns on its investments portfolio, as well as the company releasing €63.6 million of reserves that had been set aside in previous years to settle claims, but where the final cost is now estimated to be lower than feared.

FBD said that a 40 per cent decline in Personal Injuries Assessment Board (PIAB) awards since new judicial guidelines were introduced last April has resulted in an element of premium reductions for customers.

However, it cautioned that the average cost of injury claims settlements is only “slightly lower” than that experienced pre-Covid.

“This is due to a change in the mix of settled cases affected by court closures and the inability to engage in pre-trial negotiation, with a backlog of cases building up in the courts system,” it said.