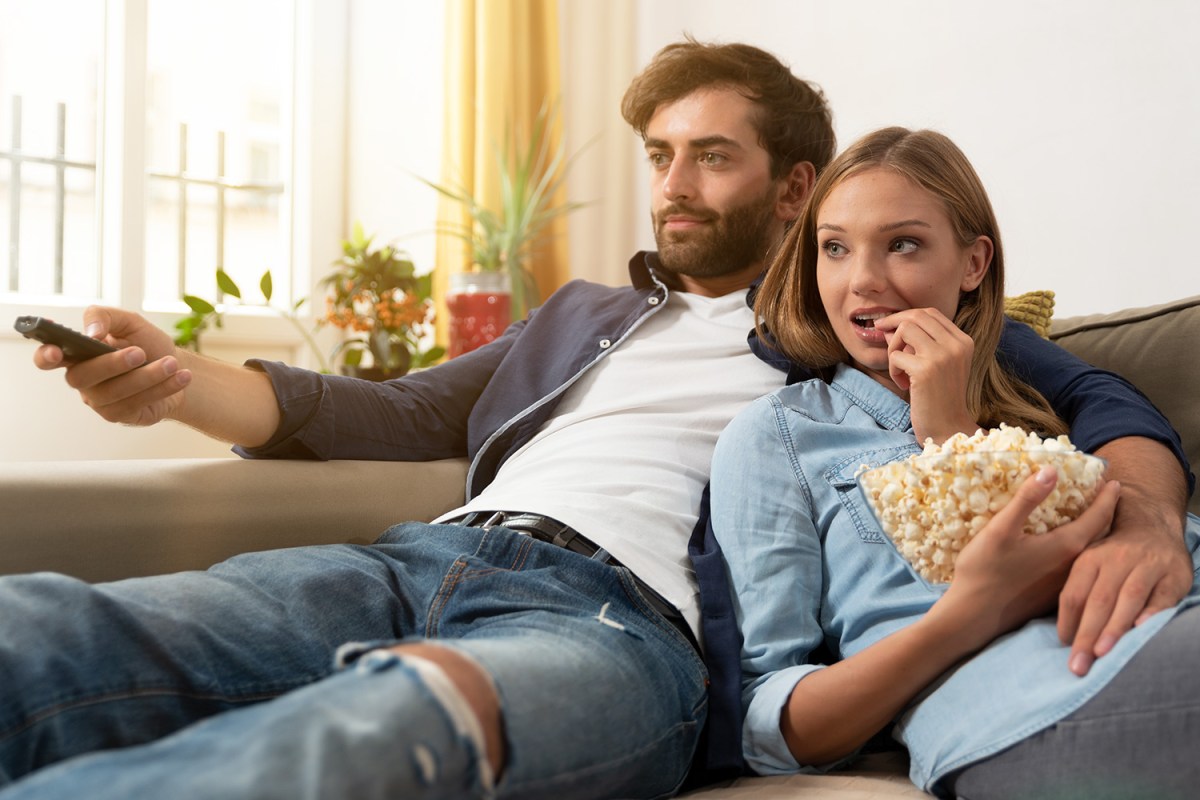 A DATING expert has revealed that singles have become more picky about their potential love interests – claiming that they’re now concerned about ‘pink flags’ that could lead to ‘red flags’.

It’s bad news if you love watching TV with your partner, British relationship expert and founder of Wingman Tina Wilson claimed, as it could mean you’re running out of things to talk about.

She also said that never posting pictures together on social media could mean your partner doesn’t want people to know about you.

Tina spoke to FEMAIL about subtle signs that your relationship might not work long-term.

She said: “With so many couples breaking up during the first lockdown and realising that they didn’t even like each other, it’s highlighted the fact that we really need to choose wisely who we spend our time with.

“Daters are smarter than ever and less tolerant or willing to compromise than pre-pandemic so hyper-vigilance around who you could couple up with is at an all-time high.

“That’s why ‘pink flags’ have become a new term as singles don’t want to waste time finding their match.”

Tina revealed when you should “act fast to protect themselves from wasting time and eventual heartache”.

1. YOU DON’T TAKE PICTURES TOGETHER

Neither of you take pictures together or you’re the only one who takes photos of you both.

Pink flag: “Your new love interest might just not be into taking photos but check his online socials – do they post regularly and of what? Are they hiding your existence from their followers?”

Red flag: “Their Instagram feed is flooded with photos, but you are nowhere to be seen or even worse, they are documenting your date but no reference of you anywhere to been seen. It’s clear they don’t want people to know about you… move on fast”, Tina advised.

“Cookie jarring” occurs when you are not your love interest’s only option and they have yet to decide if they want to commit to you.

Pink flag: “Things are going well but you have yet to have ‘the talk’ to define your relationship and you wonder why and when this will happen. Something is holding you back from bringing it up.”

Red flag: “You find out you are not exclusive, and they are talking or seeing other people behind your back. You are essentially one of the ‘cookies’ they are keeping as an option when things don’t work out with others. Know your self-worth and don’t be an extra”, Tina said.

3. YOU ARE BEING ‘LOVE BOMBED’ WITH GIFTS AND AFFECTION

Love bombing is when your new love interest is focused obsessively on you and makes you feel like royalty with their infatuation.

Pink flag: “Your new partner is showering you with flowers, words of love, endless gifts and lavish trips – it is really romantic but a little too much too fast?”

Red flag: “After the love bombing, they go suddenly quiet for a period of time before reappearing with love and gifts. Similar to ghosting but the key difference being the behaviour during those weeks or months you have been dating.

“There isn’t anything to stop yourself being love-bombed but taking notice of obsessive behaviours in the beginning could have you taking a step back to be slightly more cautious and seeing true intentions shining through”, Tina explained.

4. YOU HAVE BEEN ‘POCKETED’ JUST IN CASE

“Pocketing” is when your love interest keeps you in their metaphorical pocket until they’re sure they see a serious relationship with you.

Pink flag: “You have been dating for a few months but your new partner hasn’t introduced you to their friends and family yet, it may be a sign that you’re being ‘pocketed’.”

Red flag: “If you have made the first move and you’ve already introduced them to your friends and family but they’re yet to introduce you to theirs, it may be that you’re in two different stages emotionally.

“Don’t rush them if they’re not there yet but it could indicate they are not sure about you. Do you want to waste your time with someone who isn’t sure about you?” Tina asked.

5. WHEN YOUR RELATIONSHIP IS A ‘SLOW FADE’

This occurs when communication gradually drops, indicating a “slow fade” in your relationship.

Pink flag: “Have the calls, texts and meeting plans become less frequent? It could be a sign your relationship is coming to a slow fade and potentially entering the ghosting phase, where one of you will stop responding completely.”

Red flag: “If you are finding that you are the one making the effort to see each other and arranging plans for the two of you, this is a sign you need to walk away.

“If you are someone who needs closure, spot the signs before communication stops completely and be ready to move on”, said Tina.

6. MOST OF YOUR DATES INVOLVE WATCHING TV

While it can be pleasant to cosy up with your partner to watch TV, this can actually be a warning sign.

Pink flag: “You are overdoing it on the Netflix binges. Watching your favourite new series together might be fun but cramming in another and another means you are not actually engaging or showing an interest in each other.”

Red flag: “When you do go out on a date but your conversation revolves around TV or you find there’s not much of a conversation. You are heading into relationship disaster”, warned Tina.

For more relationship stories, this woman’s  boyfriend was desperate to buy her Christmas present without any help – but it couldn’t have gone more wrong.

And this savvy young couple borrowed mum’s ring and ‘fake engagement’ to get room upgrade and a fancy dessert at The Shard.

Plus this woman showed up to her Tinder match’s house for first date and there were police EVERYWHERE – but she still went out with him.