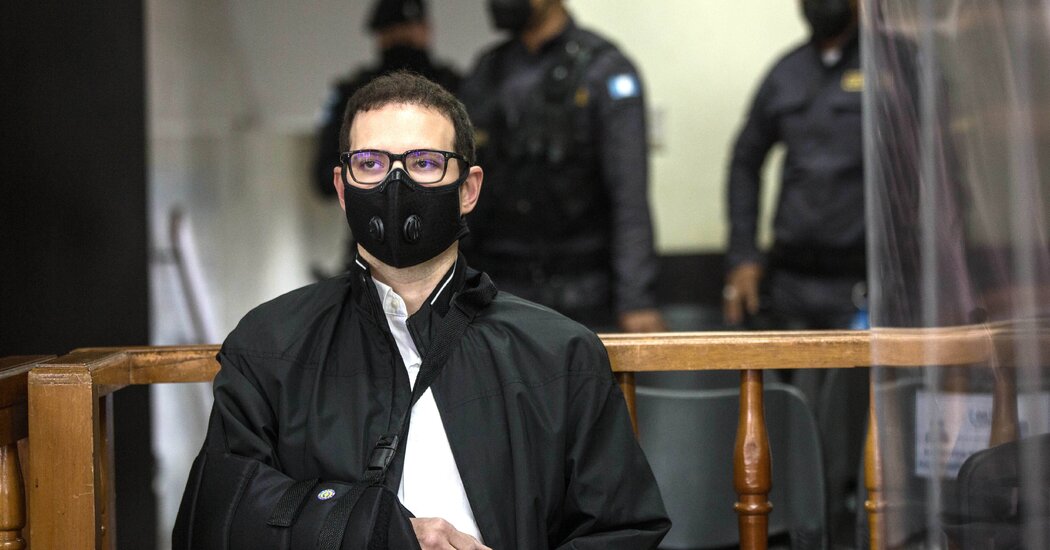 A Brooklyn court plans to arraign the son of a former Panamanian president on money-laundering charges on Saturday, the result of an extradition case that according to prosecutors featured a stealth getaway to the Bahamas, fake diplomatic credentials and a private jet idling on a tarmac in Guatemala.

The defendant, Ricardo Alberto Martinelli Linares, was captured in Guatemala last year with his brother and indicted in February. He was extradited to the United States on Friday and will face charges in U.S. District Court in Brooklyn, prosecutors say.

The cases against Mr. Martinelli Linares and his brother are linked to the U.S. government’s larger investigation into Odebrecht, a Brazilian construction conglomerate that prosecutors say paid nearly $800 million in bribes to officials and political parties in several countries. In 2016, Odebrecht and its affiliated petrochemical firm, Braskem, pleaded guilty to federal bribery charges in the Eastern District court and agreed to pay at least $3.5 billion in penalties.

The other Martinelli brother, Luis Enrique Martinelli Linares, 39, was extradited to the United States last month and pleaded guilty at the Eastern District court last week to laundering $28 million as part of the Odebrecht scheme. He could serve up to 20 years in prison.

The brothers’ father, Ricardo Alberto Martinelli Berrocal, 69, governed Panama from 2009 until 2014 and has said he may run for president there again in 2024. Four years after leaving office, he was extradited from the United States to Panama to face charges related to an illegal wiretapping scheme that prosecutors said he had conducted while in office. A Panamanian court absolved him of those charges last month.

Federal prosecutors said in a letter to an Eastern District judge late Friday that Ricardo Alberto Martinelli Linares had been indicted on charges of conspiracy to launder tens of millions of dollars in bribes “on behalf of a close relative who was a high-ranking government official in Panama” from 2009 until 2014. Prosecutors have used similar language in his brother’s case.

The letter on Friday did not mention the former president by name.

American prosecutors have accused the Martinelli brothers, who are residents of both Panama and Italy, of hiding proceeds from the Odebrecht scheme partly through financial transactions made through U.S. banks, some of them in New York. The Panamanian government has also sought them over involvement in the scheme.

For years after Odebrecht’s guilty plea in 2016, U.S. prosecutors say, the Martinelli brothers met with American officials to discuss the case, and eventually the logistics of potential plea deals.

But in June 2020, the brothers left for the Bahamas, traveling by an “unknown vessel” and evading United States border controls, prosecutors said in their letter on Friday.

In the Bahamas, the brothers, along with Mr. Luis Martinelli Linares’s wife and children, boarded a private plane and flew to Panama, prosecutors said. But the aircraft was turned away because of pandemic-related travel restrictions, so they flew on to Costa Rica and then El Salvador — just as the federal Eastern District court was issuing warrants for their arrest.

The brothers then traveled by Uber from El Salvador’s capital, San Salvador, to the Guatemala border, prosecutors said. At the time, Guatemala was not allowing visitors, but the brothers were able to slip in by falsely representing themselves as officials of the Central American Parliament.

The brothers later obtained emergency humanitarian authorization from Panama’s health minister to enter the country, prosecutors said. But on or around July 6, they were arrested at an airport in Guatemala City as they attempted to board the family’s private jet and fly to Panama.

Representatives for the Martinelli brothers could not be reached for comment late Friday.

Luis Enrique Martinelli Linares, who was extradited to the United States last month and pleaded guilty on money laundering charges last week, is in detention while he awaits sentencing in May 2022, prosecutors say.

In their letter on Friday to Judge Robert M. Levy, a team of prosecutors led by Breon S. Peace, the U.S. attorney for the Eastern District of New York, described Ricardo Alberto Martinelli Linares as “a substantial and proven flight risk.”

“Given Ricardo Martinelli Linares’s actions over the past several years, it is clear that he will do anything to avoid prosecution in the United States and return to Panama, even despite the separate criminal charges pending against him in that country,” the prosecutors said.