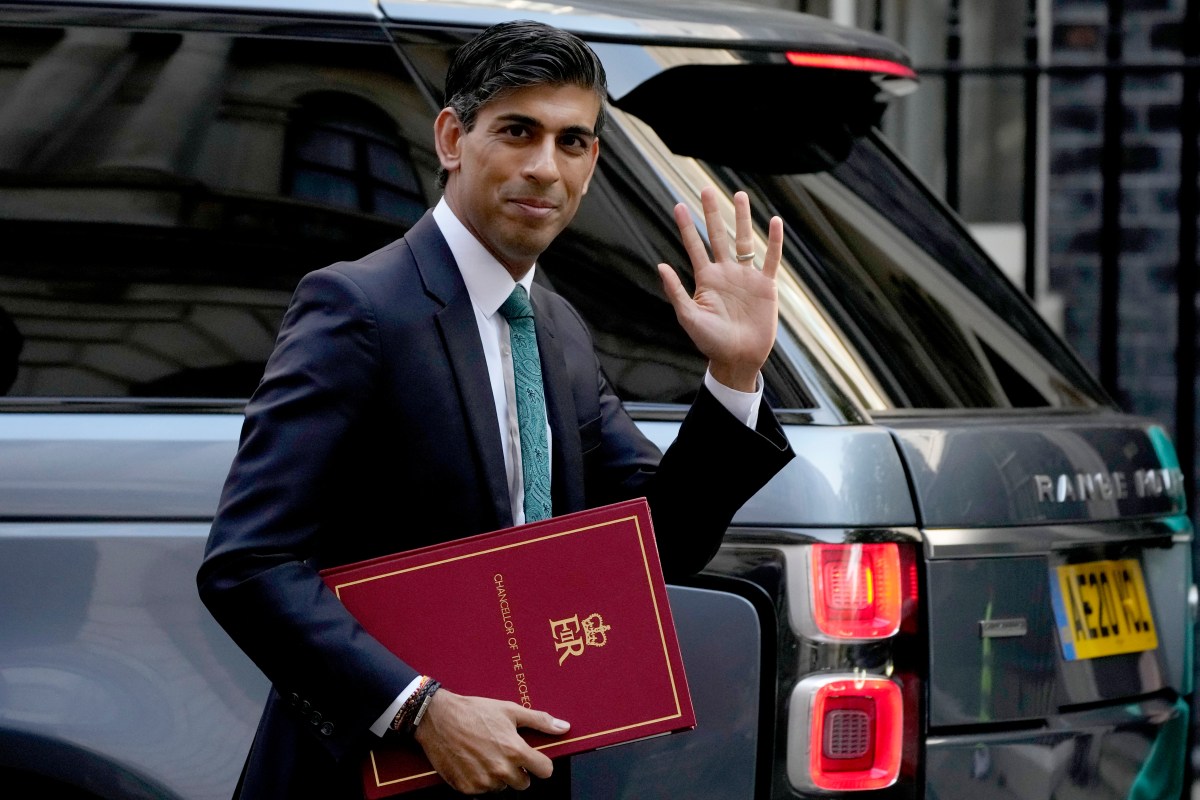 THE Budget may not have happened just yet, but we already know some big changes that will be announced later today.

Chancellor Rishi Sunak, in charge of delivering the second Budget of the year, will make his speech to the House of Commons from 12.30pm.

The Budget will comment on the nation’s finances and suggest proposals for changes to taxation over the next year too.

It also includes forecasts for the economy by the Office for Budget Responsibility.

What gets revealed later today may affect the price you pay for things down at the pub or in the shops, as well as how much you might get paid for your job.

We’ll get more certainty on exactly what will be changing when Sunak makes his announcements later on today, but for now we’ll have to watch this space.

You can get clued up on a few things now though, while there’s still a few hours to go. We reveal what we know so far.

What we know so far:

So far we are aware of some major changes coming into affect following the announcement today.

One confirmed measure will be to increase the minimum wage to £9.50 an hour this week, giving a pay rise for millions of Brits.

The Chancellor is set to announce an increase the pay from the current £8.91 by an extra £1.41 an hour.

It works out at an extra £20.65 per week, roughly the same amount that Universal Credit claimants saw their payments cut by when the £20 a week uplift was axed earlier this month.

This could even trigger another rise in three year’s time that would see Brits paid as much as £10.50 an hour.

The Chancellor is also set to unfreeze sector pay on teachers, civil servants and police wages.

The public-sector pay freeze was brought in last November after Covid ravaged the economy.

But soon those affected will be able to enjoy a wage rise for the first time in two years.

Unfortunately though, Mr Sunak will also not axe VAT on household energy bills – despite families being clobbered with eye-watering rises in recent weeks.

But more positively, Sunak will launch a £3billion skills revolution to train thousands of British workers for better-paid jobs.

It’s all part of his plan to “level up” across the UK.

What could come into effect?

There are a number of changes that experts have predicted will come into effect, though we won’t know for certain until 12.30pm today.

Rumoured measures include a 30p hike on the price of a pint – meaning it will cost Brits more for a visit to their local boozer.

Landlords say they’ll have to put up prices because they’re struggling with spiralling overheads that will be compounded by the salary hike.

The boss of one chain of boozers warned the move will sadly and inevitably hit punters in the pocket.

Online shoppers could be hit with 2% sales tax too.

The purpose is to level the playing field between big corporations and high street retailers as online stores thrived during the pandemic.

Previous officials have suggested that a 2% rise could bring in as much as £2billion as a result, but it could hit smaller business the worst as they are fresh to the online model.

What do Brits want to see introduced?

A number of other changes are rumoured to be introduced too, and many Brits will be counting down the hours today until they are potentially unveiled.

It’s expected that Sunak will ditch a 2.84p budget hike in fuel duty — Which will be a great win for The Sun’s Keep It Down campaign.

The Chancellor is also expected to launch a radical shake-up of alcohol taxes, which will modernise it and bring it fit for the 21st century.

It means Sunak could slash taxes on English sparkling wine and some beers as part of a huge post-Brexit overhaul of booze rates.

The taper rate effectively taxes Brits 63p in the pound on anything they earn over their base level of benefits – which puts many thousands off applying for better paid jobs or taking on more hours.

If Sunak does push forward with this change it will soften the blow for the lowest paid ahead of a tough winter.

We will, of course, officially have all the answers by lunchtime today as the Chancellor makes his speech.

If you don’t want to miss it make sure you are following along on major news channels like BBC News and Sky News.