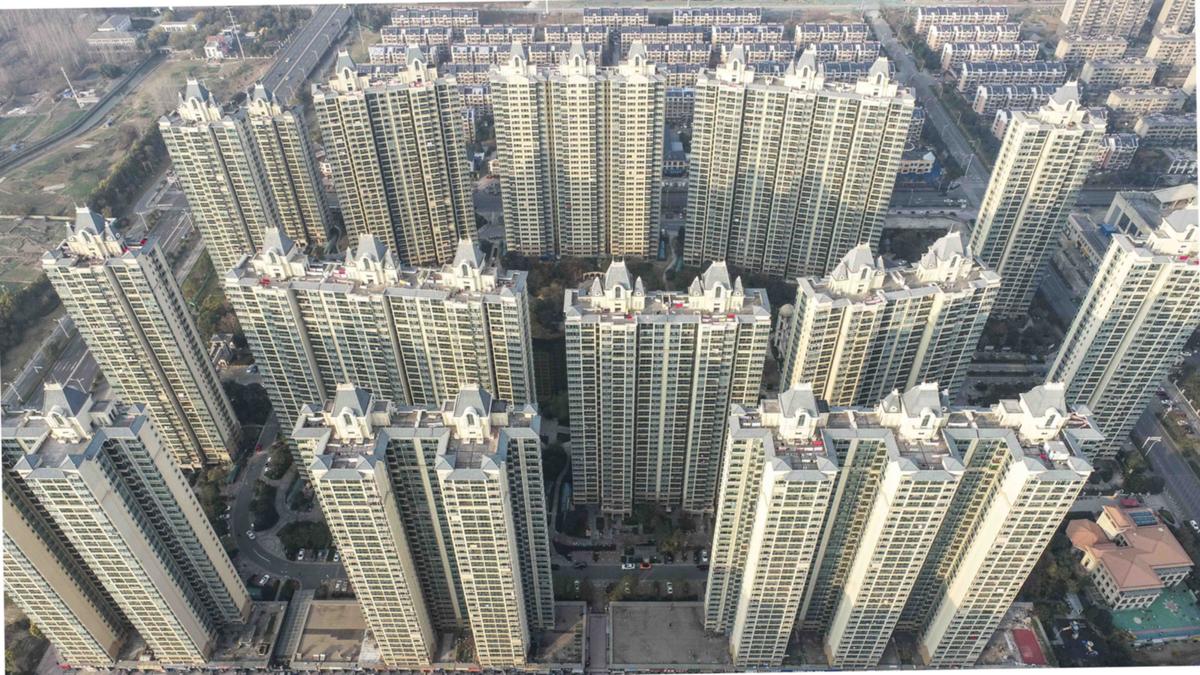 Evergrande, the embattled Chinese property developer, has defaulted on its debt, according to Fitch Ratings.

The credit ratings agency on Thursday downgraded the company and its subsidiaries to “restricted default,” meaning that the firm has failed to meet its financial obligations.

In the video above: Sydney’s skinniest home hits the market for an eye-watering price

Fitch said the downgrade reflects the company’s inability to pay interest due earlier this week on two dollar-denominated bonds.

The payments were due a month ago, and grace periods lapsed Monday.

Fitch noted that Evergrande made no announcement about the payments, nor did it respond to inquiries from the ratings agency.

“We are therefore assuming they were not paid,” Fitch said.

Evergrande has about $US300 billion in total liabilities, and analysts have worried for months about whether a default could trigger a wider crisis in China’s property market, hurting homeowners and the broader financial system.

The US Federal Reserve warned last month that trouble in Chinese real estate could damage the global economy.

But Australian experts are warning that the full implications of the default won’t be known for some time.

Doron Peleg, CEO of buyer’s agents network BuyersBuyers, said that it was natural that the default caused global concerns. But attention, he says, must now turn to whether a successful restructure can be carried out.

“The dynamic is likely to be different from when Lehman collapsed, because Evergrande and Kaisa are property developers rather than an investment bank, and there is also likely to be a significant government intervention as authorities scramble to contain the fallout,” he said.

“The bigger question is whether there will be a wider global impact and fallout from over-leveraged Chinese corporates, which is less clear at this juncture.”

Co-founder of BuyersBuyers Pete Wargent said local sentiment tended to be the key driver in the Australian property market.

“What we’ve been seeing in 2021 in Australian property is a fear of missing the boat, as prices have risen across every capital city, by about 20 per cent on average,” he said.

“There are now record numbers of scheduled auctions, and new market listings have surged in Sydney and Melbourne – so there is much more choice for buyers coming online, and there’s an attractive window of opportunity to buy property before immigration ramps up again.”

Peleg added that the fallout could even result in interest rates staying lower.

“It’s quite possible that Chinese debt defaults could damage confidence in financial markets globally, particularly if there is a growing fear of contagion.

“However, generally speaking, the experience in Australia is that domestic factors will have a far more material impact on housing market sentiment and trends, and sentiment is very positive in housing.”