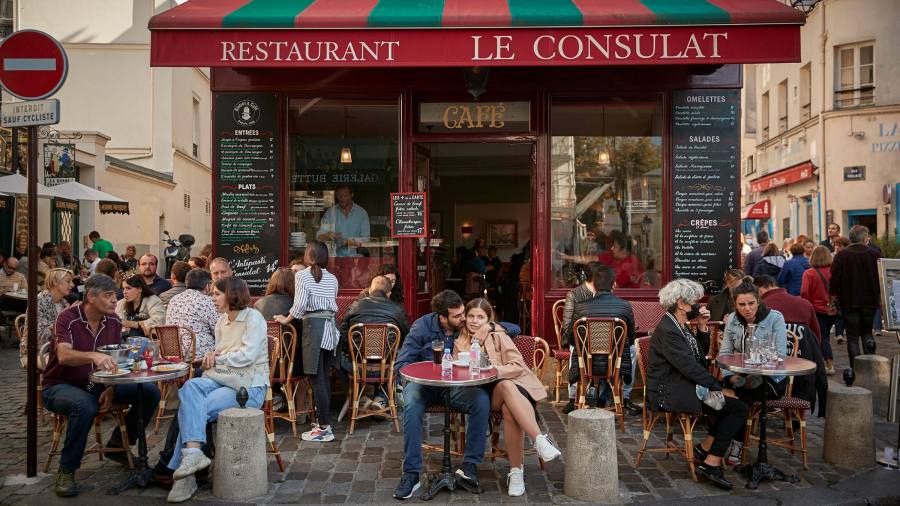 The eurozone’s economic rebound gathered pace with growth of 2.2 per cent in the third quarter, closing the gap with the US and Chinese recoveries and keeping the bloc on track to regain its pre-pandemic level of output later this year.

However, there was a mixed picture between the four largest eurozone countries that reported gross domestic product figures on Friday, with France and Italy outstripping expectations while Germany and Spain reported slower than expected growth.

Economists say the eurozone’s outlook is also worsening as supply chain bottlenecks and surging energy prices hold back factory production and push up inflation. Both will weigh on growth in the last quarter of 2021.

Inflation in the bloc rose to a new 13-year-high of 4.1 per cent in October, up from 3.4 per cent in the previous month, according to a flash estimate published by Eurostat on Friday.

The increase was driven by a 23.5 per cent rise in energy prices, while food, alcohol and tobacco prices rose 2.2 per cent, industrial goods prices were up 2 per cent and services prices increased 2.1 per cent. Stripping out more volatile energy and food prices, inflation still rose from 1.9 to 2.1 per cent.

“We have to brace ourselves for less positive news,” said Holger Schmieding, chief economist at the investment bank Berenberg. “Worsening supply shortages may temporarily depress industrial output in the fourth quarter. Some consumers may spend more cautiously as a new wave of infections seems to be rolling in . . . High energy prices may also weigh on sentiment and eat into the gains in real household incomes.”

The sharp rise in prices has also put pressure on the European Central Bank to start winding back its exceptional stimulus measures, in line with other major central banks such as the US Federal Reserve that have signalled moves toward tighter policy.

Yet while ECB president Christine Lagarde said on Thursday that inflation was likely to remain high for longer than first expected, she still predicted it would fall below the central bank’s 2 per cent target by 2023 and rebuffed investor expectations the ECB could raise rates next year.

On growth, the eurozone has lagged behind the global economy’s recovery from the pandemic over the past year. But it has now started to close the gap, with the bloc’s growth rate exceeding that of the US and China for the second successive quarter in the three months to September.

On Thursday, the US reported third-quarter GDP growth of 0.5 per cent from the previous quarter, while China had already said its economy grew 0.2 per cent in the same period.

However, China’s economy exceeded its pre-pandemic level last year and the US did the same in the second quarter. The euro-area economy is still 0.5 per cent smaller than in the fourth quarter of 2019, just before the pandemic hit, but it is set to close that gap later this year.

Currently, the gap between German output now and in the fourth quarter of 2019 before the pandemic struck, is 1.1 per cent, Italy’s has narrowed to 1.3 per cent, while France has almost returned to pre-pandemic levels. Spain’s gap is 6.6 per cent.

The eurozone’s third-quarter rebound was driven by France and Italy, which had the strongest performances with growth that comfortably outstripped expectations at 3 per cent and 2.6 per cent respectively.

However, there was gloomier news in Germany, where growth was slower than expected in the third quarter at 1.8 per cent, marking a slowdown from 1.9 per cent for the previous quarter. Spain, meanwhile, reported growth well below expectations at 2 per cent.

The German government this week had already slashed its 2021 growth forecast to 2.6 per cent from 3.5 per cent previously, after supply chain bottlenecks caused shortages at factories. However, Berlin also upped its 2022 growth outlook from 3.6 to 4.1 per cent.

French finance minister Bruno Le Maire meanwhile described France’s third-quarter growth as “an exceptional result”, which meant the country was “on the right track”. France’s rebound was powered by a 5 per cent rise in household spending and a 2.3 per cent increase in exports.

Italy’s GDP rose 2.6 per cent in the three months to September following a strong 2.7 per cent rebound in the previous quarter, official data showed. This was better than the 2 per cent growth forecast by economists polled by Reuters.

Presenting the government’s 2022 budget, Italy’s prime minister Mario Draghi said on Thursday that the economy “will grow this year by more than 6 per cent, probably well above”. This would be the fastest pace since 1976 as the country rebounds from its largest economic downturn since the second world war.

Spain’s growth was fuelled by a 7.9 per cent rise in output from the hard-hit sectors of retail, transport and hospitality, following a sharp summer rebound in the key tourism sector.

Manufacturing production in Spain also expanded for the first time this year. However, household consumption slipped, despite high rates of Covid-19 vaccinations.

Supply chain disruptions and rising energy prices pushed Spanish consumer inflation to 5.5 per cent in October, the highest rate in more than 30 years, threatening living standards and consumer spending. French inflation also accelerated to a 13-year high of 3.2 per cent.