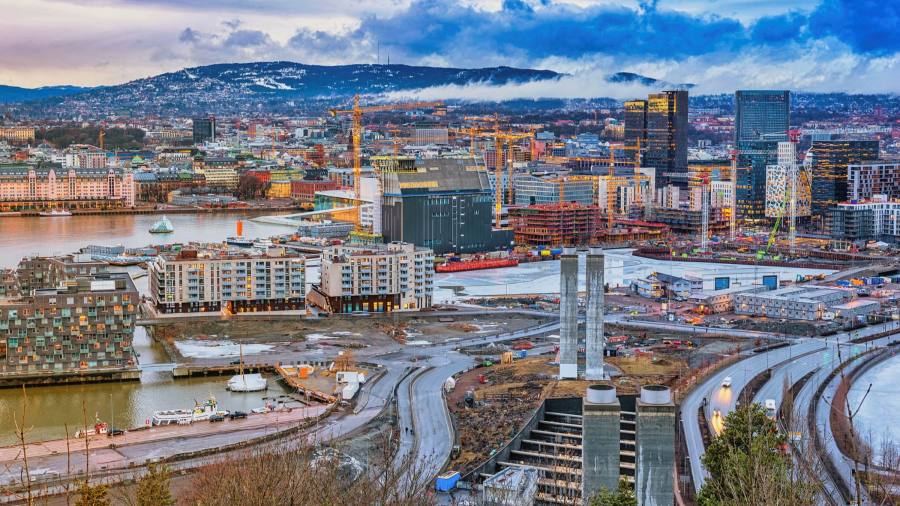 Europe’s thousands of pages of banking rules and directives have become so onerous to enforce they threaten regulators’ ability to see the real risks building in their financial systems, Denmark and Norway’s financial supervision chiefs have warned.

“The [2008] global financial crisis justified more complexity in order to remove loopholes and to cope with the interconnectedness of the financial institutions,” said Baltzersen. “Over time, the pendulum has swung too much in the direction of complexity.”

Berg argued: “It’s too much, and you risk getting lost in the detail as opposed to thinking about what the real risks are.”

Global banking regulation was overhauled in the aftermath of the financial crisis, most fundamentally through the Basel III accord, which dramatically increased banks’ capital requirements and made regulators far more vigilant in monitoring risk. The latest version of the framework runs to 1,626 pages.

The EU now has more than 80 financial services directives, which also apply to European Economic Area members such as Norway. They include several hundred pages of proposals for transposing the latest Basel measures into EU law.

In the eurozone, the supervisory burden is shared by national supervisors and the European Central Bank.

Baltzersen — who has headed Norway’s FSA since 2011 and oversees 300 staff supervising a broad range of financial services, including banks, auditors, accountants and real estate brokers — said the complex bank rules meant supervisors had “fewer and fewer resources for supervision [because] we have to spend so much time coping with complex legislation and legal wrangling [about regulation]”.

Regulators also risked “not seeing the wood for the trees”, or identifying the true risks in their financial systems and markets, because they were overseeing so many rules, he said. The highly prescriptive nature of Europe’s regulations left “less and less room” for regulators to exercise the discretion necessary for good supervision.

“Complexity has increased while prudential substance has not,” he added. Measures such as the EU decision to introduce relief for banks lending to small and medium-sized businesses were an example of capital requirements being “partially diluted, which is detrimental to financial stability”.

Berg said his 400-strong agency could not supervise the implementation of the EU’s complex rules and succeed in its core function of safeguarding the Danish financial system.

Denmark’s FSA took a “risk-based approach” where “we don’t waive [certain] requirements but we do not necessarily pursue and supervise all the different points in the requirement if we do not think that’s where the risks are”, he said.

“My guess is that most EU supervisors, and in particular the smaller ones, have pursued a [similar strategy] as opposed to a legalistic approach over the last many years. For the larger and internationally active banks, you are likely to be much more diligent than for smaller banks,” he added.

Berg said banks also bore some of the blame, since they had lobbied for additional rules to benefit their own operations.

“Banks are not innocents here,” he said. “All the banks want to have regulation which suits their competitive advantage.”

Part of the operational burden comes from the EU’s decision to apply Basel standards across all of its banks, not just the larger ones as is the case in the US.

Isabelle Vaillant, director of prudential regulation and supervisory policy at the European Banking Authority, which creates the single banking rule book for the EU and EEA, said she did not see an issue with “overregulation” generally but that the EBA was trying to make the rules “more accessible and digestible” to less complex and less risky banks.

The Basel Committee on Banking Supervision has also been reviewing its regulations to see if they can be made simpler.

A European Commission official said the complexity of regulation was “to a certain extent unavoidable” given how complicated finance had become.

“We are aware of the administrative burden associated with regulation, which must of course be kept to the minimum possible,” the official added. “But, this is the cost of ensuring that the financial system is prudentially sound . . . The EU regulatory framework is subject to regular review. If needed, we will revise the rules”