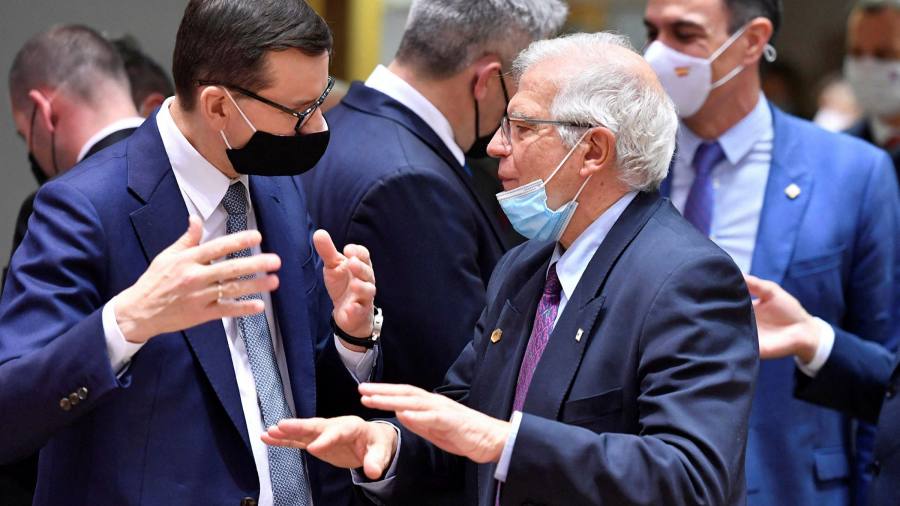 Brussels is launching legal action against Warsaw over rulings made by Poland’s top court, which this year found key elements of EU law to be incompatible with the country’s constitution.

The decision announced by the European Commission on Wednesday marks a further escalation in the rule of law battles between Poland and the EU.

The commission said it was taking the action because of “serious concerns” regarding rulings by the Polish Constitutional Tribunal in July and October. These court decisions “expressly” challenged the primacy of EU law, the commission said, adding that Poland now had two months to respond to the complaint.

The commission also said it had “serious doubts about the independence and impartiality” of the constitutional tribunal and that it “no longer meets the requirements of a tribunal previously established by law”.

The launch of the infringement procedure is the latest in a succession of legal steps by the commission as it contests changes to Poland’s court and judicial system that the ruling Law and Justice party have said were necessary to increase efficiency.

Brussels can bring infringement procedures against member states when they do not respect or fully implement EU laws. The cases start with letters and can ultimately be brought before the European Court of Justice and result in financial penalties.

Brussels fears that the changes being made in Poland threaten the country’s judicial independence and the fundamental legal bonds that hold the EU together. It has been engaged in a five-year struggle with Warsaw over rule of law concerns related to judicial reforms, including an attempt to purge the Supreme Court and the introduction of a disciplinary regime that allows judges to be punished for the content of their rulings. The EU’s top court has ruled that several elements of Poland’s overhaul are incompatible with EU law.

In its statement, the commission said the rulings by the tribunal were a breach of “general principles of autonomy, primacy, effectiveness and uniform application of Union law and the binding effect of rulings of the Court of Justice”, adding that they also breached rights to effective judicial protection in the EU.

“We’ve tried to engage in a dialogue but the situation is not improving,” Didier Reynders, the EU’s justice commissioner, posted on Twitter. “Fundamentals of the EU legal order, notably the primacy of EU law, must be respected.”

Poland’s prime minister Mateusz Morawiecki hit back at the commission, saying that Brussels misunderstood the powers it had been granted. “More and more EU states realise that there must be a limit somewhere to these competences,” he told a press conference. “The development of bureaucratic centralism in Brussels is continuing and unfortunately it needs to be blocked.”

Poland’s deputy justice minister Sebastian Kaleta branded the move an “attack on the Polish constitution and our sovereignty”.

The stand-off between Brussels and Warsaw has already affected Poland’s bid for its share of the EU’s €800bn Next Generation recovery fund, which the commission said earlier this month would be delayed into the new year along with Hungary’s request for funds.

European officials have said Poland should scrap its disciplinary chamber, change the disciplinary rules and reinstate dismissed judges as conditions for approving Warsaw’s request for pandemic recovery funding, which it submitted in May.

The new year is also likely to bring an ECJ judgment that is widely expected to find that a new rule of law conditionality mechanism, which seeks to protect the bloc’s budget from violations by member states, is legally sound and compatible with EU treaties.

Poland and Hungary have challenged the legality of the mechanism. If the new rules are upheld by the ECJ, it would remove a political roadblock to the commission commencing procedures against member states where there are rule of law concerns.

Brussels sent letters to both Poland and Hungary last month setting out detailed lists of questions on possible breaches to the rule of law, signalling an informal step in this direction.