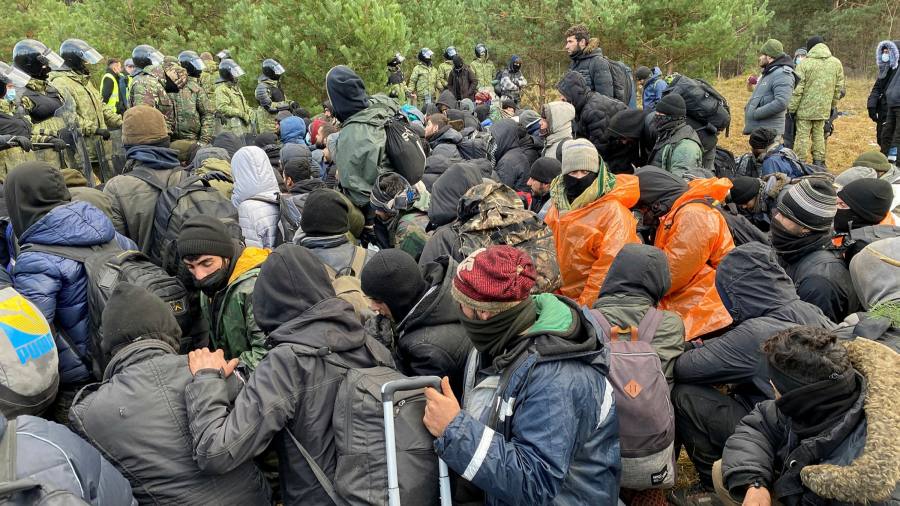 The writer is chair of the Centre for Liberal Strategies, Sofia

Revenge is the true religion of petty dictators. Consider Alexander Lukashenko, the strongman ruler of Belarus, who lured desperate people from the Middle East and Africa with the promise of easy entrance into the EU via the Belarusian-Polish border.

He was driven by a desire to punish the EU for its support for anti-government demonstrations in his country, rather than by some grand strategy of rebalancing the constellation of powers in Europe. It was also an attempt to strengthen his position with respect to Moscow and to distract his own people from domestic grievances.

It was not very original of Lukashenko to make migration an instrument of his revenge. As Mark Leonard points out in his book The Age of Unpeace, since the 1951 refugee convention came into force, there have been at least 75 attempts globally by state and non-state actors to use displaced people as political weapons. Their methods and aims have been political, military and economic, ranging from the provision of financial aid to full-scale invasion and assistance in effecting regime change.

The frightening statistic is that in nearly three-quarters of these historical cases, the coercers achieved at least some of their stated objectives. In well over half of the documented cases, they obtained all or nearly all of what they sought, making this unconventional instrument of state-level influence more effective than either economic sanctions or traditional, military-backed coercive diplomacy.

It may seem that Lukashenko’s attempt to weaponise migration will turn out to be a rare example of failure. The Belarusian authorities started this week to clear the encampments at the country’s border with Poland. Migrants have been moved to a logistics centre where at least they can get some food and medication. The first repatriation flight to Iraq has departed from Minsk. Lukashenko’s plan has collapsed — unless we are to believe that the only reason he brought so much suffering to thousands of migrants was to have telephone conversations with Angela Merkel, Germany’s outgoing chancellor.

But while the tensions on the Polish-Belarusian border have receded, and Poland and the EU seem to have prevailed, this is hardly a victory for the 27-nation bloc. The crisis has revealed that the mood in Europe today is marked by anticipatory panic. The EU’s foreign policy is trapped by the growing gap between Brussels’ lofty rhetoric and the realpolitik practised by member states.

Brussels was quick to stand behind Poland in its confrontation with the Belarusian regime because it is terrified of a return to the east-west divisions that erupted in the 2015 refugee and migrant crisis. However, the EU is far from united. The Polish government has opened a war on two fronts — one battle is to stop migrants on the border, but it is also fighting to demonstrate that Warsaw does not need the EU in order to defend its borders.

The crisis has exposed the central irony of Europe’s position in today’s world. Dictators fear that their societies dream of the freedoms and way of life we have in Europe, so they dream of a world without the EU. But European leaders fear their own soft power no less than foreign dictators do. They feel powerless to help those who want democracy in their own countries and they dread the arrival of Europe-dreaming migrants on the EU’s borders. Their deepest trauma is a return of anti-migrant rightwing populism, which could be deadlier for European democracies than any of the pandemic’s successive waves.

The upshot is that Europe has become terrified of its own attractiveness. Once we were empowered by the idea that many people in the world want to live like us. Now we are frightened by this idea. The pandemic has taught Europeans to live with projections and to think in terms of worst- case scenarios. So, when watching on their screens a few thousand migrants storming the Polish border, many ordinary Europeans were thinking about the climate reports predicting that by 2070 some 3bn people will be unable to live in the areas where they live today.

All the discussions about how the Covid-19 crisis will change Europe in the future have obscured the ways in which change has already happened.

The economic upheaval triggered by the pandemic persuaded even most defenders of budget deficit rules that it made more sense for Europe to spend rather than cling to fiscal discipline. So, when it comes to economic policies, Europe has moved to the left — or, if you prefer, to the south, adopting the position advocated by southern European states in the aftermath of the euro crisis.

But when it comes to migration, Europe has moved to the right — or, if you prefer, to the east, adopting the position advocated by many central and eastern European states during the crisis of 2015. The Covid-19 emergency has produced a tacit consensus that the EU should try to keep its external borders closed in order to keep its internal borders open.

In the Belarusian border crisis, Lukashenko hopes to fight his people’s dream of “becoming Europe” by conjuring up the nightmare of EU leaders that “everyone will be coming to Europe”. In stirring up these fears he is on stronger ground than his critics like to admit.