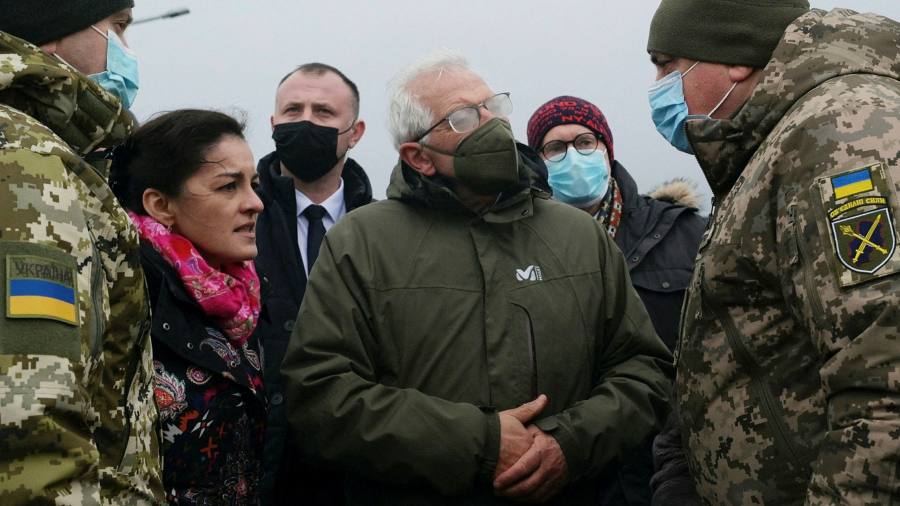 The EU’s top diplomat has warned Russia and the US against creating “spheres of influence” in Europe ahead of talks between the two countries next week regarding proposals from Moscow that would reshape the continent’s defence and security architecture.

Russia, which has stoked fears of a potential military attack on Ukraine after deploying more than 100,000 troops close to its border, has demanded the US and Nato agree to security pledges that would ban former Soviet states from joining the western military alliance and restrict where US troops could be stationed in eastern Europe.

Next week’s negotiations will see Russian officials hold meetings with a US delegation and with Nato, overlooking demands from the EU that it deserves a seat at the talks.

But Josep Borrell, head of the EU’s foreign and security arm, warned that this was no time for a deal akin to the Yalta agreements struck between leaders of the Soviet Union, US and UK that divided Europe after the second world war, and that Brussels would eventually need to play a role in the talks with Moscow.

“We are no longer in Yalta times,” Borrell said during a visit to Ukraine on Wednesday. “Spheres of influence for two big powers do not belong . . . in 2022. In this dialogue there are not two actors alone, not just the US and Russia.”

Russia denies that it is preparing an invasion of Ukraine, but president Vladimir Putin has threatened potential military action if its security demands issued to the US and Nato last month are ignored.

Officials from the US and Russia will meet in Geneva next Monday, before the Russian delegation attends a special session of the Nato-Russia council in Brussels two days later.

While Borrell has said the EU cannot be a “neutral spectator” on the issue, bloc officials have told the Financial Times that the union’s absence from direct talks with Moscow is a reflection of its lack of foreign policy clout, and internal divisions over its defence strategy.

But Borrell vowed that the EU would play a role in a later stage of the negotiations.

“If Russia is really willing to talk about security in Europe, then Europeans have to be part of it,” he said. “Not the first day, but [these negotiations] will not just last one day or one week . . . Like it or not, they will have to talk with us, be sure of that.”

Borrell’s visit to eastern Ukraine took him to the front line of the war being fought between the Ukrainian army and rebels backed by Moscow since early 2014. It was the first time the EU’s top diplomat had paid a visit to the conflict-hit region.

Ukraine’s foreign minister Dmytro Kuleba, speaking alongside Borrell, said any discussions regarding Ukraine must involve Kyiv. Ukraine will not be present at the US or Nato talks, but is expected to attend broader talks with Russia organised by the Organisation for Security and Co-operation in Europe, scheduled for Thursday January 13.