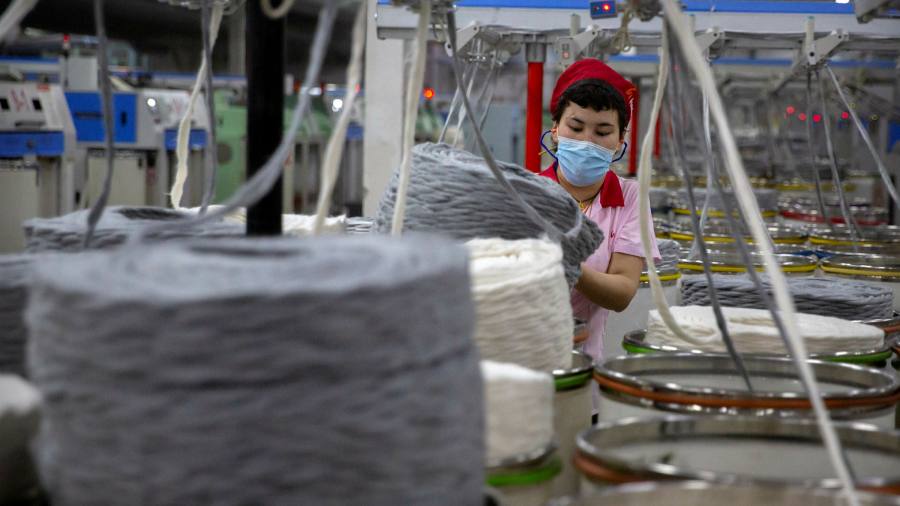 Brussels’ top trade official has urged caution over EU plans to ban products made using forced labour, arguing that such a “sensitive” measure could risk a trade backlash.

Valdis Dombrovskis, EU executive vice-president for trade, has written to MEPs warning that the European Commission will not rush into proposing a law on forced labour. He said it would require more than a year to produce and questioned whether a ban on products entering the EU market is an effective way to stop human rights abuses.

“Banning imports from entering the EU would not automatically prevent those products from being produced with forced labour so the problem itself will not go away,” Dombrovskis said in a letter to a group of MEPs on December 22.

Commission president Ursula von der Leyen announced plans in September for a law that would place a “ban on products in our market that have been made by forced labour”. The measure was read as being squarely aimed at addressing the issue of China’s persecuted Uyghur minority.

But Dombrovskis’ comments signal that Brussels is stepping away from explicit import bans, for fear they will be seen as discriminatory trade measures. An EU official said a ban would require the bloc to drastically amend its customs code and would be difficult to enforce in a bloc where all 27 member states have their own customs authorities.

By contrast, US lawmakers this month passed a Uyghur Forced Labor Prevention Act that will require companies to prove that imports from China’s Muslim-majority Xinjiang region are not made using forced labour.

In his letter, Dombrovskis said the US measure “cannot be automatically replicated in the EU” and warned that a ban on non-EU imports “could be challenged by our trading partners as it risks being perceived as discriminatory” if it does not also target forced labour inside the EU.

“If a ban has to be pursued, it should be a ban of all goods produced with forced labour, no matter where the forced labour took place,” says the letter.

Rather than import bans, Brussels is drawing up sweeping “due diligence” legislation that will force companies to take action against potential abuses of human rights in their supply chains.

This so-called corporate sustainable governance legislation is due in the first half of next year, and was an “effective way of addressing human rights violations in value chains, including forced labour”, said Dombrovskis. He also did not rule out the possibility of forcing companies to withdraw products from the market under the legislation.

Supporters of a tough law on forced labour want the EU to take a stronger stance against China’s internment of more than 1m Uyghurs and other Muslim minorities in labour camps in the cotton-rich region of Xinjiang. The EU, along with the US and UK, has imposed sanctions on some Chinese officials but an import ban would be the bloc’s toughest measure yet.

Brussels has begun to introduce limited import bans, including on products from areas at risk of deforestation, and a law on batteries that forces companies to assess human rights risks in their supply chains.