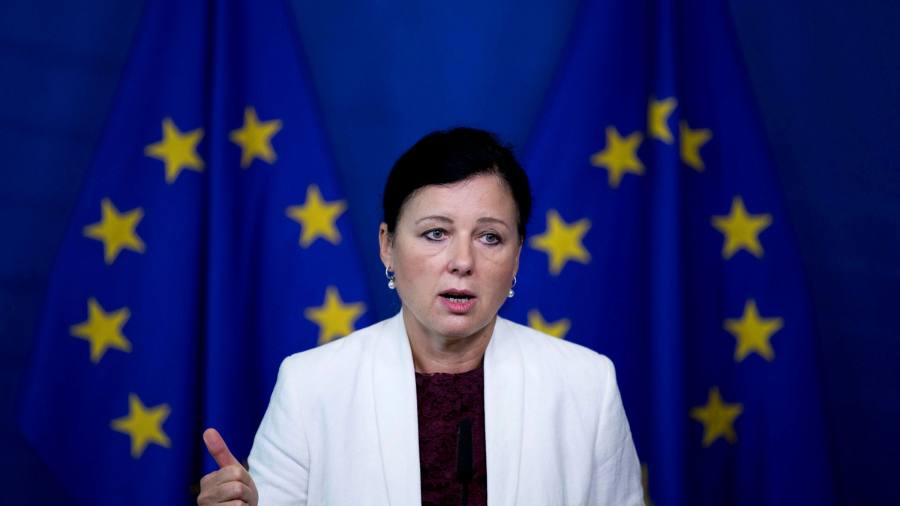 The EU will unveil draft legislation aimed at curtailing the use of social media practices such as microtargeting and user profiling by forcing technology groups to share information on how they disseminate ads and target citizens online.

The rules will make the likes of Facebook and Google reveal the parameters they use to determine who views political ads online, including the categories of personal data used for “targeting and amplification”, the goals and the length of time of the ad campaign.

Tech groups will have to disclose the number of individuals targeted by the ad and the source of personal data used, including whether the information was obtained first hand, inferred or gathered from a third party, a draft document showed on Tuesday.

The confidential document warned that the way large online platforms have used citizens’ data to target them with political ads has had “negative effects” on “their freedoms of opinion and of information, to make political decisions and exercise their voting rights”.

The news comes as pressure grows to make political advertising more transparent over concerns that citizens are being targeted without their knowledge or consent.

Vera Jourova, the European Commission vice-president for values and transparency, this month told an audience in Lisbon that digital advertising for political purposes “is the unchecked race of dirty and opaque methods”.

“We have to hit the ‘slow down’ button, because our democracy is too precious,” she said. “The right to speak does not mean the right to reach.”

The rules will make political parties label their ads and force companies working on so-called issues-based advertising to clearly identify which political party is funding an ad.

The regulation is expected to enter into force before the end of the current European parliament in 2024. The tougher rules will force rogue actors using online media accounts on networks such as Twitter to identify who is sponsoring their content.

Companies that break the rules face a fine of up to 5 per cent of turnover in line with the privacy rules in place in the bloc, the draft proposals say. The enforcement will be handed to national authorities although the commission could play a prominent role.

Once the draft legislation is published the text will be discussed between the member states, the parliament and the commission in a “trialogue” discussion.

A clampdown on the way large online platforms treat political advertising is part of a wider movement in Brussels to address the power of Big Tech.