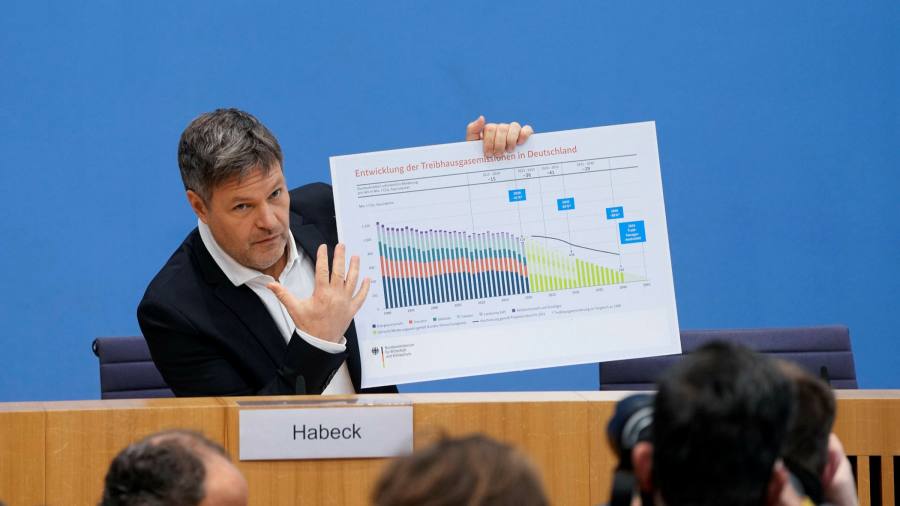 The German Greens have certainly lost the first round in defining the EU’s rule book of what constitutes a green investment — and the final round, though delayed by another week, seems unlikely to be a win either, as gas and nuclear are there to stay. We’ll explore how this battle was lost and where things are likely to go from here.

On the Russia-Ukraine front, another round of talks takes place today at the Nato headquarters in Brussels — and the US seems very keen to make a point of debriefing all possible EU counterparts who have not been included in the discussions.

And with the new coalition government in the Netherlands having been sworn in on Monday, we look at their spending plans and what independent bodies are calculating it will translate to in terms of budget deficit and debt.

Brussels’ tortured negotiations over its green labelling rules will be extended by another week, prolonging the recriminations that have surrounded the so-called “taxonomy on sustainable finance”, writes Mehreen Khan in Brussels.

The European Commission’s consultation over its draft taxonomy rules was due to end today but has been prolonged to January 21, allowing a group of independent experts and member states more time to provide their feedback on the controversial treatment of nuclear energy and gas.

A leaked copy of the draft, first reported by the FT, sparked uproar from environmental campaigners and some member states for including nuclear power and natural gas under the green label. The taxonomy is designed to help guide private capital to truly sustainable economic activity to stamp out “greenwashing”.

Germany’s green economy minister Robert Habeck was one of the earliest critics of the draft, using a press conference yesterday to repeat his opposition. “We wouldn’t have needed the second delegated act. The first act was good, it didn’t require the inclusion of nuclear and gas,” he said.

The taxonomy is proving to be an early test of the new coalition’s unity and the Greens’ resolve. The Greens’ coalition partner, the liberal FDP, celebrated the commission’s text, calling gas a vital transitional energy for a country that is weaning itself off nuclear power.

Officials have told Europe Express that Berlin may abstain during a member state vote on the taxonomy due in the coming months. The abstention will have little impact on the approval of the legislation, which has the support of a supermajority of member states.

But strains over the taxonomy could be a foreshadowing of broader splits between the traffic light trio on related EU topics.

Chief among them is the debate on how to reform the EU’s budget rules — where the Greens have pushed for a softer position on the treatment of debt and deficit limits. That’s in contrast to the hawkish FDP who run the finance ministry. The FT reports today on how commission officials are trying to heal rifts between frugal northerners and the south over the upcoming reform of the Stability and Growth Pact.

And before MEPs and member states have their say on the taxonomy, it will first have to pass through the college of commissioners. Johannes Hahn, EU budget and human resources commissioner, told Europe Express he has “strong reservations” about the safety, security and economics of nuclear power.

Austria and Luxembourg have said they will sue the commission over the rules in protest at the inclusion of nuclear power. Hahn, an Austrian, echoed Vienna’s opposition and warned the taxonomy opens the door for “nuclear operations to continue well beyond 2050, which in my view is no longer a transition”.

Inflation in the world’s rich economies has hit a 25-year high, fuelling concerns about the rising cost of living and increasing pressure on central banks to raise interest rates. The annual pace of consumer price growth in the OECD group of developed nations hit 5.8 per cent in November according to data released yesterday, up from just 1.2 per cent in the same month the previous year and the highest rate since May 1996. (More here)

Talks between Russia and western allies to avert further Russian aggression against Ukraine move to Brussels today, with a meeting of the Nato-Russia Council, the first time this group has met since 2019, writes Ben Hall in Brussels.

The discussion at Nato’s headquarters on the outskirts of the Belgian capital is the second in a sequence of three meetings this week intended to de-escalate tensions and address Russia’s security concerns.

With some leaders fretting about the lack of an EU voice in potentially critical deliberations about Europe’s security, US officials are busting every sinew to inform and consult with their partners — and to make sure their outreach efforts are recognised.

Wendy Sherman, US deputy secretary of state, flew from Geneva to Brussels before dawn yesterday to brief Nato secretary-general Jens Stoltenberg, followed by Nato ambassadors about the eight hours of talks she held the previous day with her Russian counterpart Sergei Ryabkov in the Swiss city. She then addressed a meeting of envoys from the EU’s 27 member states.

The White House even issued a lengthy list of occasions when US officials consulted European partners during the past three months in relation to the Ukraine crisis.

Moscow may be trying to undermine western unity by snubbing the EU, but Julianne Smith, the US ambassador to Nato, said Washington’s efforts had forged “widespread consensus” within the alliance.

“Not a single ally is willing to budge or negotiate anything when it comes to Nato’s open door policy,” she said, referring to Moscow’s top demand for a ban on further Nato expansion. “I feel quite good about it,” she said.

After Monday’s leg, Ryabkov said Russia could walk away from talks if the west continued to reject its red lines.

The Nato-Russia Council begins at 10am Brussels time, with Stoltenberg scheduled to hold a press conference at 13:30. Before she leads the US delegation at the Nato talks, Sherman will also meet Stefano Sannino, secretary-general of the EU’s diplomatic service.

The shift towards looser fiscal policy was confirmed yesterday by the Netherlands’ independent bureau for economic policy (CPB) which crunched the numbers on the government’s spending plans.

According to the CPB’s projections, the Netherlands’ debt-to-GDP ratio will rise to 56 per cent by 2025 — skirting below the EU’s 60 per cent ceiling. That’s compared to a baseline of 54 per cent without the promised spending blitz. The budget deficit will deteriorate from 0.7 per cent to 2.7 per cent of GDP in 2025 — also just within the EU’s 3 per cent limit.

The numbers are relatively modest when compared to the Netherlands’ EU neighbours but striking when contrasted to decades of Dutch frugality.

To hammer home the point, the CPB notes that over the long run, the country’s debt burden will climb by up to 65 percentage points by 2060 — handily illustrated in this alarmist chart below where a bright pink bar is quite literally falling off the edge of the page (below).

Dutch largesse will be cheered on in southern EU capitals, but probably shouldn’t be confused for a broader Dutch U-turn on the importance of fiscal responsibility.

The fact that the big spending government is choosing to stay strictly within the EU’s debt and deficit limits means the new coalition will still be flying the flag for frugality in Brussels for years to come.