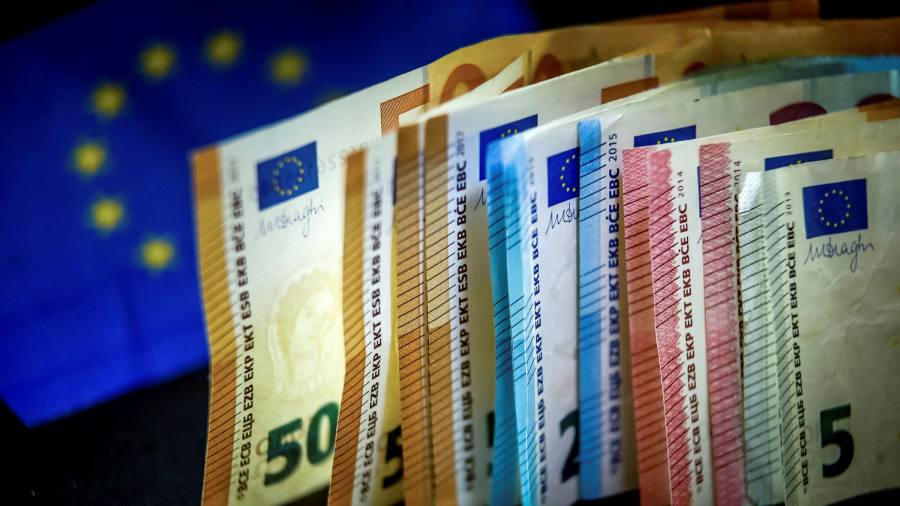 It’s not exactly the government shutdown the US Congress has triggered several times in the past few years, but the European parliament and member states are locked in a dispute over the bloc’s budget for 2022. We’ll explore what the sticking points are and what is at stake.

In Poland (and Hungary) news, the European Commission has been considering when to take its next steps in response to fraying of the rule of law in the countries. Yesterday, EU budget commissioner Johannes Hahn said the commission will “very soon” submit letters to capitals to seek “clarifications” on the situation.

This would be a very preliminary step that comes before any decision to formally trigger the so-called conditionality mechanism linking EU funds to rule of law issues. It is up to commission president Ursula von der Leyen to decide when to act. She is in Washington, where she’s set to meet US President Joe Biden tomorrow, before heading back to Brussels on Thursday.

Turning to Luxembourg, the bloc’s General Court is set to rule tomorrow on a landmark case against Google, reaffirming or dealing a blow to the commission’s reputation as a tough enforcer of antitrust law.

And a report on anti-Semitism by EU’s fundamental rights agency in Vienna shows that the phenomenon has only got stronger in the pandemic.

The EU’s landmark deal last year setting its €1.2tn seven-year budget plus a €800bn recovery fund by no means marked the end of legislative wrangling over the union’s spending plans, write Sam Fleming and Mehreen Khan in Brussels.

The latest scuffle concerns the specific plans for the 2022 budget, as the European parliament haggles with member states over spending priorities for the annual pot worth about €170bn.

MEPs meet this morning and EU capitals will do the same on Friday to discuss their respective positions as the clock ticks in the “conciliation” process that is meant to deliver an agreement. If a deal is not struck by November 15, the commission will have to table a new draft budget proposal for 2022.

The talks are part of a traditional end-of-year bunfight in Brussels where penny-pitching member states try to find as many savings as possible, while MEPs demand more cash. This year’s talks take on extra spice after institutional tensions between the parliament and European Council have been supercharged by disputes over the rule of law and demand from MEPs for Brussels to boost its revenue-raising powers.

Numerous points of difference exist between the two sides, but the most contentious, according to some capitals, is the sensitive topic of staffing. In its budget draft, the European parliament has sought a significant expansion in its own staffing numbers, in part to bolster its ability to closely scrutinise member states’ recovery plans.

EU diplomats say the parliament is seeking to add 142 staffers, plus another 180 contract agents — a push that would add millions to its personnel spending. “We don’t see the need for the additional posts,” said one diplomat. “The European parliament has not been able to properly explain the need for these posts.”

Parliament officials told Europe Express they disputed the figures and did not expect the internal staffing needs of any of the institutions to become sticking points in the talks. “The parliament’s budget is not on the table,” said Damian Boeselager, an MEP from the Greens who is part of the negotiations.

The EP has defended itself against charges of profligacy by pointing out that it has only a handful of staff currently working on policing hundreds of billions in budgetary spending. MEPs also want more spending on the Erasmus student exchange, science and research programmes, and humanitarian aid for refugees — demands adding up to nearly €3bn more than the council’s position.

A senior EU diplomat said there was a “significant gap” that needed to be bridged in the next week. “We are cautiously optimistic that both sides are aware of the need to conclude negotiations in time to have a proper functioning budget for the next year.”

The surge in inflation is leaving the world’s leading economies with their lowest real interest rates in decades, as central banks delay any abrupt tightening of the extra-loose monetary policy used to help weather the coronavirus crisis, arguing that the recent rise in prices is transitory. (More here)

The EU’s General Court tomorrow will rule on the European Commission’s decision to fine Google €2.4bn for alleged anti-competitive practices, a judgment with significant stakes for the reputation of antitrust chief Margrethe Vestager, writes Javier Espinoza in Brussels.

Over the past decade Vestager has issued billions of euros of fines against Google for allegedly breaking EU law, with the largest of the fines on the docket of the Luxembourg-based court tomorrow.

Either way the verdict will go, the losing party is almost certainly likely to appeal against the decision at the European Court of Justice.

For Google the fine was a mere slap on the wrist — €2.4bn was the equivalent of 3 per cent of its turnover at the time — so what matters more to the company is the commission’s charge that the tech giant is undermining competitors.

As for Vestager, what is at stake is whether or not she has been right in using the commission’s core competence as antitrust enforcer when going after Big Tech. As a reminder, she lost a significant tax case against Apple (read about it here).

But while in the Apple case Vestager argued that she lost because EU state aid law had its limitations when it came to national tax deals, the ruling on Google would be directly related to her bread and butter — antitrust.

“If you are going after such big fines, then you are asking for it,” said a lawyer working on the Google side of the case.

Other legal experts say the commission could use a potential loss to argue that this is why there is a need for tough rules against Big Tech. The European parliament has been dragging its feet when it comes to agreeing on a long-overdue update to the existing rule book and Vestager may use this as an opportunity to call for speedy action.

Not everyone thinks it will be bad news for Vestager. “The court will be sensitive to the commission’s need for enforcement,” said Alec Burnside, a partner with Dechert in Brussels. “The court doesn’t exist in a vacuum.”

Luther Lowe, senior vice-president of public policy at Yelp, one of the plaintiffs in the case, said her actions had signalled to other jurisdictions that Vestager “can square shoulders with these giants” as “the matriarch of the techlash”.

Asked about what he thought would be the damage to her reputation if she lost the case, Lowe said: “Call me on Wednesday. We are optimistic.”

Anti-Semitic incidents, especially online, have grown during the pandemic and just about half of EU’s 27 states have put in place national strategies against the phenomenon, according to the latest report by the EU agency for fundamental rights.

In Germany, police recorded 2,351 crimes with an anti-Semitic motive last year — the highest number in 10 years. More than half of those cases involved the dissemination of offensive material, while the rest were related to harassment and incitement to hate crimes, according to the Vienna-based EU agency.

Neighbouring Denmark also registered a record number of crimes motivated by anti-Semitism. According to police records 79 such cases occurred in 2020, the highest number in 10 years.

In Belgium, incidents trivialising or denying the Holocaust doubled last year compared with 2019, with official complaints for anti-Semitism at a five-year high, according to official data. A slight increase in anti-Semitic incidents was also registered in Italy, the Czech Republic and Romania.

In France, meanwhile, the number of anti-Semitic actions and threats halved last year compared with 2019 and in Poland and the Netherlands, too, fewer incidents were recorded.

A number of countries, however, only keep limited or even no records at all, the EU agency says, and even those that do collect data differently.

“Antisemitism is a serious problem. But without the data, we do not know how serious it is,” said the director of the agency, Michael O’Flaherty. “EU countries need to step up their efforts to encourage reporting and improve recording and data collection.”

There has been no big increase in the overall [gas] exports to Europe, which is why some traders are disappointed

Join us in partnership with ETNO for our Tech & Politics Forum on November 29 to debate the new transatlantic tech playbook, the infrastructure investment challenge and the role of cloud and data services. Register free for your digital pass today.