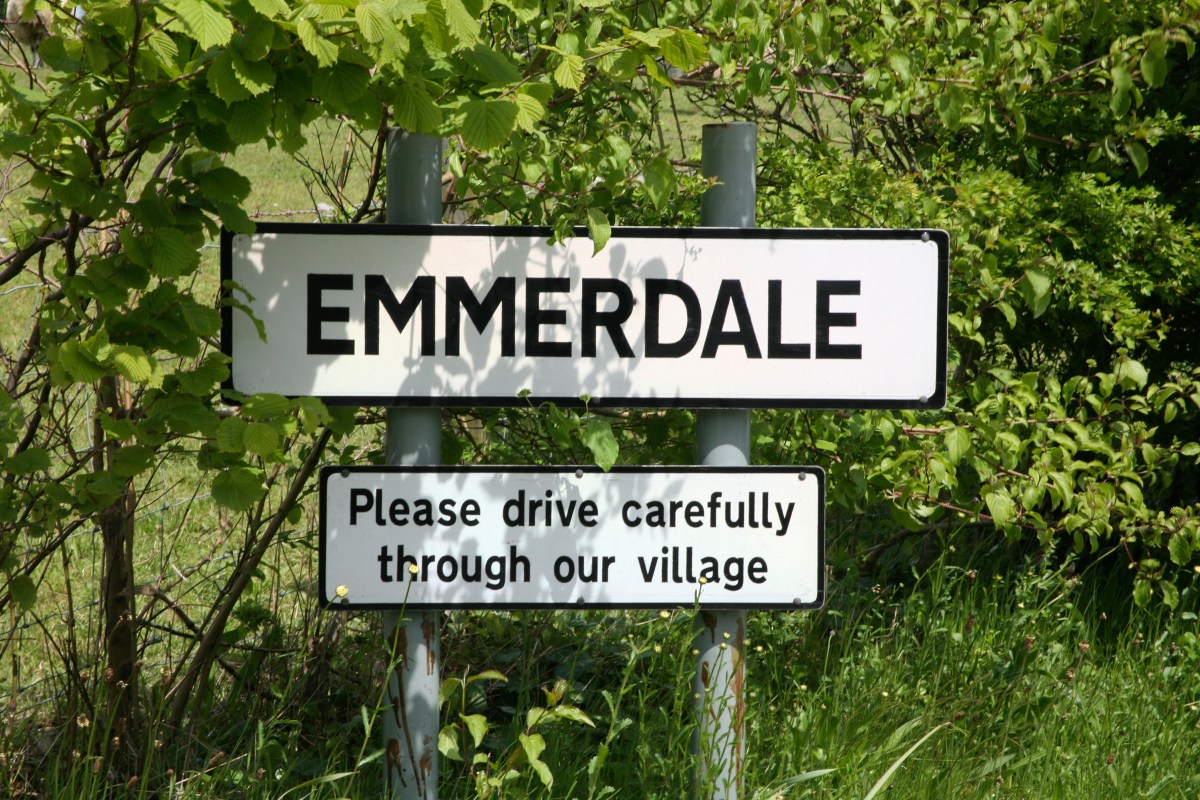 EMMERDALE star Reece Dinsdale has shocked fans after he revealed that he’s quit the soap for a second time.

Reece – who played abusive dad Paul Ashdale on the ITV soap – was killed off earlier this year in a horror accident.

The gambling addict died on his wedding day after being hit by Jimmy King’s van, crushed under a falling barn beam and caught up in an explosion.

Reece returned to the soap just few weeks later – but this time it was on the other side of the camera.

Despite leaving the show, Reece hadn’t gone far and had signed up as programme director.

However, the star announced on Thursday that it would be his last episode as director, at least “for now”.

He posted a series of photos from his time in the Dales including behind-the-scenes snaps of the Woolpack’s beer garden and the village square.

Sharing the news with fans, he wrote: “My final Emmerdale episode (for now) is the first up of tonight’s two.

“Thanks to those of you who sent me messages and tweets saying how much you’d enjoyed them.

“It’s a learning curve and I’m looking forward to doing more for your entertainment in 2022.

Reece’s fans were gutted by the news, with one writing: “Just love seeing your name and knowing who you are!”

Another posted: “Your eps have been fab, Reece, and you deserve praise for the hard work you have to put in (alongside everyone else involved) to get the eps to our TV screens. I will certainly be watching!”

“You always bring quality to the episodes Reece!” another shared.

And a fourth added: “Have really enjoyed them. I hope you get the opportunity to do more directing.”

Reece revealed earlier this year that he would be sticking around as part of the Emmerdale team.

He said: “I was actually directing on Emmerdale when I was asked, right out of the blue, if I would like to play Paul.

“I’m delighted to announce, therefore, that I shall begin directing once again on the show in a couple of weeks time. I’m the cat that got the cream!”

Viewers know Paul had been abusing his son Vinny for months to force him to keep his gambling a secret.

Vinny’s girlfriend Liv Flaherty discovered the truth and was determined to expose him.

After a showdown with Liv where she confronted him over the violent beatings, Paul attacked her.

But as he tried to attack her more, Jimmy King crashed his van through the barn wall and sent them both flying.

Viewers were overjoyed to see Paul finally get his comeuppance.

One wrote: “It’s about time Paul was stopped. He’s made Vinny’s life miserable for far too long. #Emmerdale”

Another added: “Bye #Paul l it wasn’t nice knowing you”

ITV fans will also know Reece as Tina’s dad Joe McIntyre in Coronation Street from 2008 until 2010.