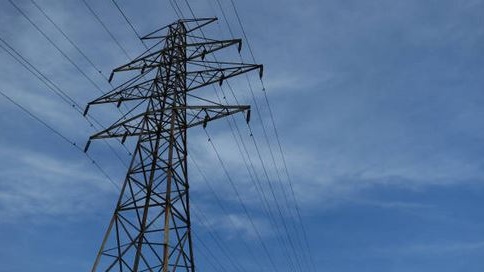 Ireland’s transition to clean electricity over the next decade will affect everyone “and will unquestionably be difficult. However, the benefits will be truly transformative at both a societal and an economic level,” Eirgrid chief executive Mark Foley has predicted.

A 14-week consultation was focused on reaching every group in society, as well as industry colleagues, because the brief was so far-reaching. “It is imperative that we find an agreed approach to reach the 2030 renewable targets,” he said at a briefing in Glasgow.

The critical issue was not the technology to ensure 80 per cent renewables could be accommodated on the grid, but “explaining the solution to the public of Ireland and getting them on board”.

There was strong support for community ownership of renewables, and that communities should be supported and incentivised to develop community-owned renewable projects, Mr Foley said. “Crucially, we have a place for communities and ordinary citizens who want to put solar PV on their rooftops and get a return and contribute to [addressing] the problem.”

He expected remuneration would be at the market rate, which would provide the ability to control their energy bills. If “fully loaded up” with power this had the potential to reduce bills by 20-25 per cent over a year.

Mr Foley acknowledged there was an issue around “tightness of supply” at present. The plan envisaged putting in place sufficient emergency and temporary generation capacity, especially for winter months, “to have a clean run post-2025” to put in the required infrastructure.

The Shaping Our Electricity Future roadmap anticipates growth in electricity demand of 30-50 per cent due to a combination demand from industry, including data centres; electrification of heat and transport; and economic growth. It acknowledges this will be most concentrated in the Dublin region, which will be met by 3.9 gigawatts of offshore wind nearby in the Irish Sea.

Eirgirid is anticipating a shift, with high-energy consumers in industry being located in future near where spare capacity exists – as in the south and west of Ireland. This was where renewables such as solar power in the south and offshore wind is likely to be also available, which was a clear signal to foreign direct investment and data centres, he believed.

Mr Foley said Eirgrid was signalling a line from Sligo, to Galway to Limerick to Cork was where there was residual capacity, and “some portion of new demand should be located there”, where grid and renewables could be more easily accessed.

He believed data centres should “stop being so Dublin-centric and look at where capacity was. They should also “bring some generation to bear” in the form of providing renewable energy, and help provide back-up services for the grid in the form of batteries, whereby they become part of the solution.

He said they had been very good engagement with the data centres and the ICT community– “they get it”.

“And they are up for being part of the solution, and not just being painted as the bad guys.”

The grid provider was asked by the Government to transform the electricity system in anticipation of a future without coal, oil, peat and ultimately one with net-zero carbon emissions specifically, to manage the vast majority of Ireland’s electricity coming from renewable sources by 2030.

Once achieved the grid will be able to accommodate close to 100 per cent renewable power, which the roadmaps says “will present opportunities for further renewable generators, and ultimately, net-zero emissions by 2050”.