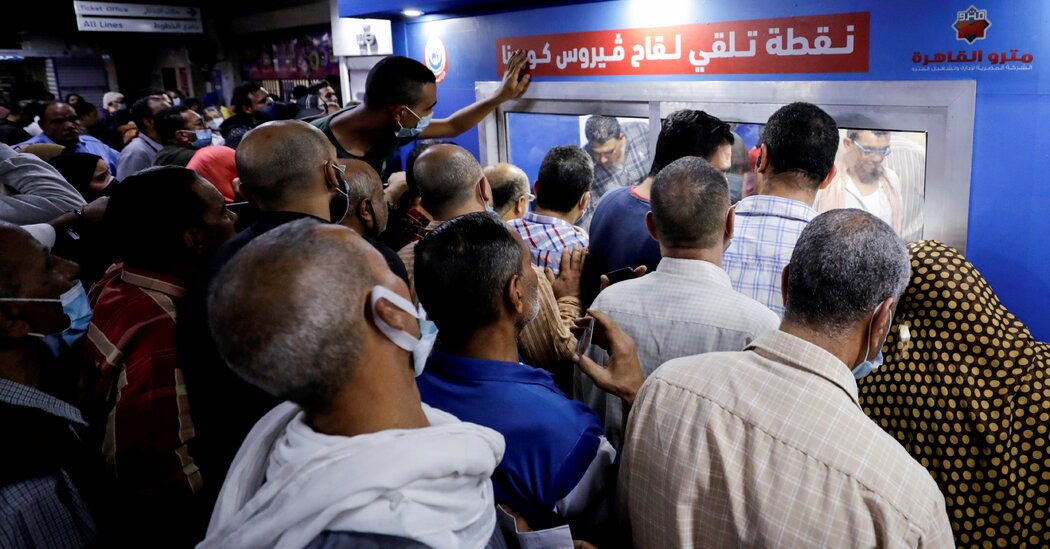 Egypt is on the verge of passing a law that would allow people to be prosecuted if they publish something deemed to be fake news during an epidemic, an ostensible attempt to control disinformation in the coronavirus era. But critics fear the law could instead be used to repress those who challenge government policies during public health crises.

The legislation awaits ratification by President Abdel Fattah el-Sisi, a mere formality given that he has overwhelming support in the Parliament, which approved the bill on Tuesday. It grants the prime minister extraordinary powers to manage epidemics and pandemics, and it allows the prosecution of people who violate any regulation or mandate imposed by the government to manage such a crisis.

It would set prison sentences of up to one year and a fine of around $635 as punishment for “anyone who deliberately publishes or spreads false news or tendentious rumors related to the situation of an epidemic, with the purpose of disturbing public safety or spreading panic among people.” Only journalists would be exempt from prosecution under the bill.

That would leave everyone else — including health care workers, researchers and millions of social media users — subject to imprisonment in what critics said would be a breach of the Constitution, which prohibits imprisonment for the act of publication.

Proponents of the bill said the pandemic had shown the need for a firm response to the spread of disinformation in critical times.

“Some women have refused vaccination because of a post on Facebook that warned that it is dangerous for women who are planning on getting pregnant within a year,” the lawmaker Ayman Abol Ela said in a televised interview. “That is an immediate threat to national security.”

But critics said the prison sentences would be primarily used to control the expression of dissent on social media in a country where security services keep a tight grip on traditional media and public spaces and where the authorities often see any opposition as a threat. Doctors, journalists and social media users have been prosecuted on charges of spreading false news after they criticized the government’s handling of the pandemic or questioned the stated number of infections on social media.

“The reality is that hundreds have been thrown behind bars for social media posts, and fake news did not stop,” said Khaled Elbalshy, an Egyptian journalist. “Rumors thrive in an environment where the truth is withheld. Fake news and rumors are fought with upholding freedom of information, not with prison.”

The movement of the legislation comes weeks after prosecutors launched a mysterious, high-profile investigation within the health ministry. Prosecutors announced last month that some health officials had been questioned over allegations that have yet to be detailed. The health minister, Hala Zayed, went on sick leave around the time of the announcement after reportedly having been hospitalized for a heart attack. Reports from local news media outlets saying that the inquiry involved corruption allegations were taken down.

Under the new legislation, the prime minister would also have the power to enforce lockdowns, impose vaccine mandates, ban demonstrations, suspend court sessions, close off places of worship and set limits on the prices of commodities and private health care services.

The bill would grant the country’s top officials many powers that had previously been available to them only under a state of emergency. Egypt lifted a four-year state of emergency last month but quickly passed laws transferring similar powers to the government and the military, raising doubts over the country’s seriousness about easing a ruthless crackdown on dissent that has put its human rights record under international scrutiny.

Egypt is facing a fourth wave of Covid that is adding to the 345,848 cases and 19,636 deaths that the government has reported since the start of the pandemic, though the actual figures are believed to be much higher.