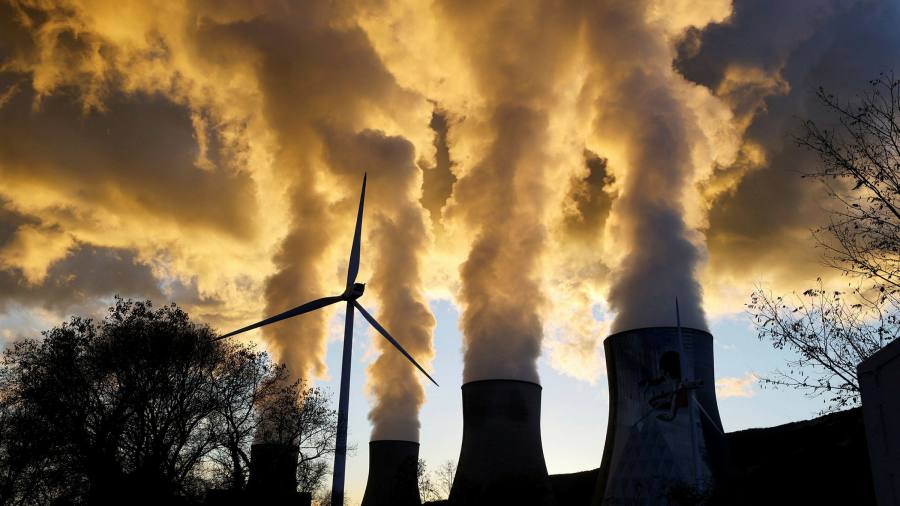 EDF shares slid more than 20 per cent on Friday after the French energy group warned that a state move to limit the impact of soaring power prices on consumers would cost it up to €8.4bn, and extended outages at several nuclear plants.

The government, which has pledged a 4 per cent cap on rises in household electricity bills this year despite an unprecedented surge in wholesale energy prices, said on Thursday that EDF would have to increase the volume of nuclear power it sells to rival suppliers at a price far below the market rate.

Shares in the company, which also scrapped its debt and profit guidance for 2022, fell as much as 23 per cent in early trading on Friday.

The group could now have to raise capital to counter the blow, analysts said.

EDF, which has been trying to reduce its high debt and free up funds for investments in renewable energy as well as prepare for a new phase of French nuclear reactor commissions, said it would “consider appropriate measures to strengthen its balance sheet structure and any measure to protect its interests”.

France had been spared some of the price jumps seen elsewhere in Europe as gas costs soar, due in part to its supply of nuclear energy provided by EDF, although the government has brought in help for some low-income households. Cuts to an electricity tax have already cost the state about €8bn.

To soften the blow to the company, the set price at which it sells to rivals will be increased slightly to €46.2 per megawatt-hour from the current €42. But the group said the government measures could hit earnings before interest, tax, depreciation and amortisation by €7.7bn-€8.4bn based on market prices in December and January, the utility said.

Barbara Pompili, environment minister, told LCI TV that the government stood ready to help EDF withstand the blow, although she did not give details.

Analysts at Bernstein, however, said the “political intervention is certainly diametrically opposite to the government’s medium-term goals of steering the company to calmer waters”.

Governments across Europe have examined ways to keep price rises in check or shield consumers from higher bills, with many wary of the political fallout from soaring energy prices. Spain announced clawbacks on energy companies’ profits last year, although it later eased some of those measures.

In France, which will hold a presidential election in April, President Emmanuel Macron faced street protests in 2018 when he attempted to introduce a fuel tax to dissuade people from using diesel cars.

The backlash later morphed into a broader series of gripes against the government as part of the “gilets jaunes” or “yellow vests” movement.

Adding to EDF’s woes, the group said late on Thursday that it was lowering its 2022 nuclear power output forecast to 300-330 terawatt-hours from 330-360TWh. It said it had found welding faults at its Penly 1 reactor that echoed similar problems at four other reactors, and was extending an outage period at all five.

It gave no financial estimate for that hit, but analysts said it could cost the group several billion euros more.

EDF’s nuclear prospects had seemed to be improving after Macron indicated late last year that France would launch new reactors as part of efforts to produce low-carbon energy.